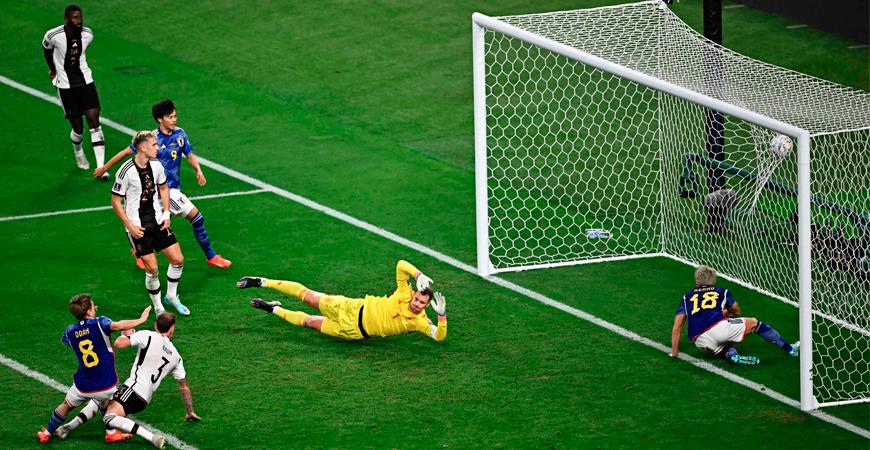 GOALS from substitutes Ritsu Doan and Takuma Asano in the last 15 minutes gave Japan a stunning 2-1 upset over four-times champions Germany in their World Cup Group E opener on Wednesday.

The Germans had dominated the contest at the Khalifa International Stadium and taken the lead with a 33rd minute penalty from Ilkay Guendogan after Japan goalkeeper Shuichi Gonda had fouled wing back David Raum.

The second goal never came, however, and Japan’s raids into the German half became more and more frequent, culminating in Doan’s equaliser and a brilliant finish from Asano eight minutes later.

The defeat was the third in a row in the opening match of a major championship for Germany after a loss to Mexico at the 2018 World Cup, when they bowed out in the first round as champions, and to France at Euro 2020. – Reuters 4.Germany to stick with Flick despite dismal World Cup performance