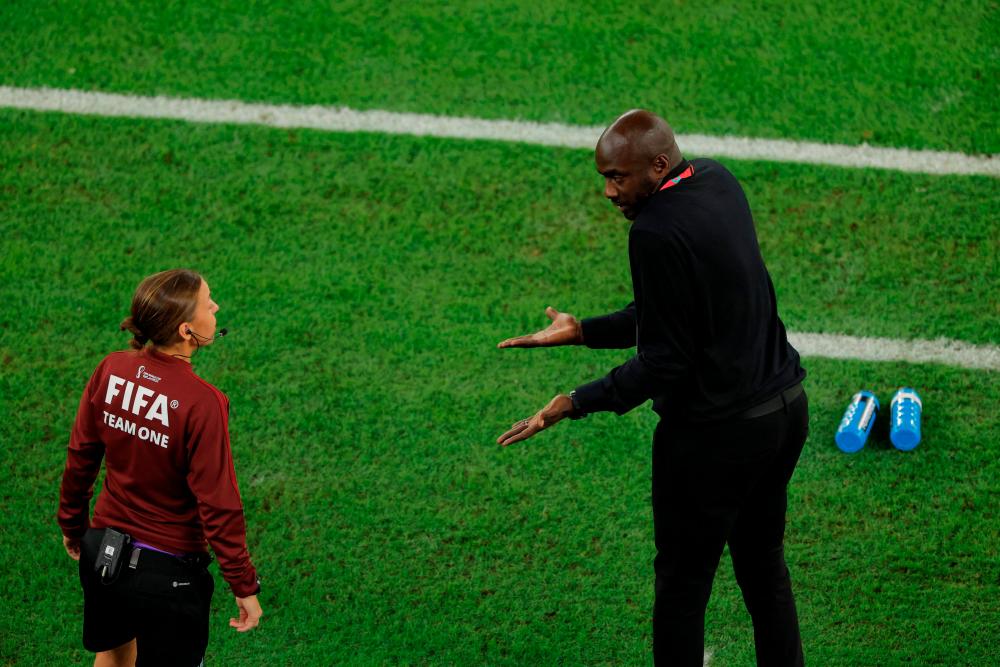 DOHA: Ghana coach Otto Addo complained bitterly about the officiating in his side’s 3-2 defeat by Portugal in the World Cup and said Cristiano Ronaldo’s history-making goal was a gift from the referee.

Ronaldo won, and then converted, a 65th minute penalty to hand Portugal the lead — and become the first man to score at five World Cups — as they went onto win their Group H game.

However, Addo felt American referee Ismail Elfath had made the wrong call.

“I think it was a really wrong decision, we were playing the ball ... I don’t know why VAR did not come up, there was no explanation for it,” said Addo about a soft penalty award after Ronaldo went down following minimal shoulder-to-shoulder contact with Mohammed Salisu.

“It was a wrong decision. It was actually a foul against us,” Addo complained.

Asked about Ronaldo’s milestone goal, Addo said: “If somebody scores a goal, congratulations. But this was a gift, really a gift.”

Addo said he had tried to talk to the referee about some of the decisions afterwards.

“I wanted to do it in a calm way but I was told he was in a meeting. He was not in our favour. We got a few yellow cards which were deserved but there was also holding of jerseys and stopping counter attacks that were also yellow cards but not given to them.”

He felt Ghana lacked some good fortune too. “With a little bit of luck we could have reached one point.”

Ghana’s goals were the first by an African team at the World Cup in Qatar in a vastly improved second half performance and Addo added the performance had given them some confidence about their next encounter against South Korea on Monday.

“We have to win now and we are under pressure but then so are they,” he said. - Reuters