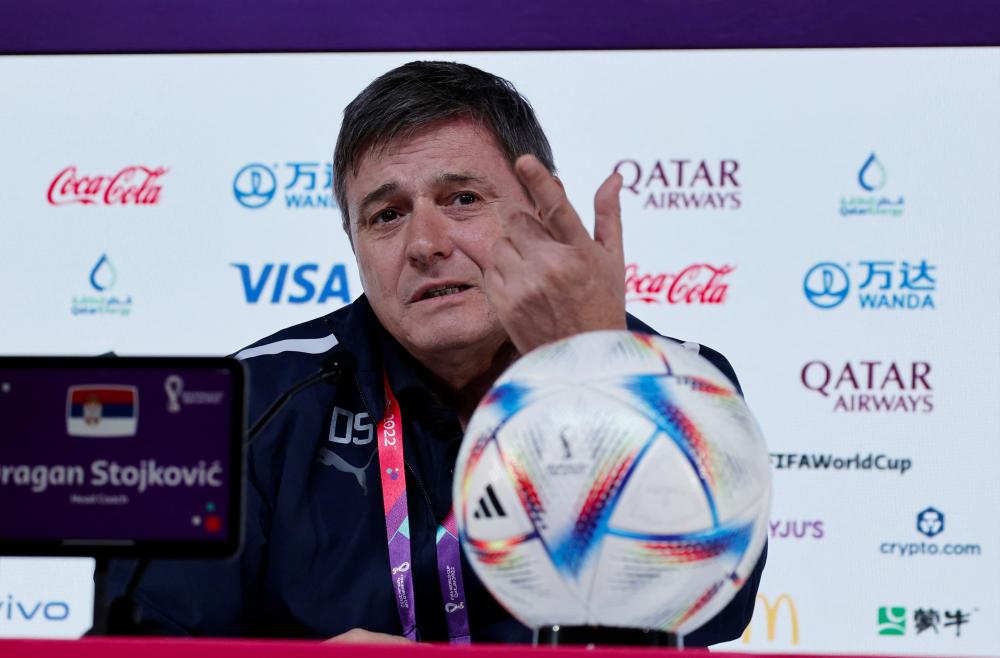 AL RAYYAN (Qatar): Serbia coach Dragan Stojkovic dismissed rumours of Brazil spying on their training sessions using a drone, saying on Wednesday the South American superpower would gain nothing from filming their workouts.

Brazil and Serbia have been training at the Al Arabi SC training facilities in Doha, with both teams’ bases situated on either side of the road.

“I don’t believe they watched us, who are we for them to watch us? They are a football superpower,“ Stojkovic said ahead of their Group G opener at the Lusail Stadium on Thursday.

“I think it’s misinformation. And even if it was a drone, I don’t know what they would have seen, nothing special,“ he joked.

World Cup favourites Brazil have an array of attacking talent at their disposal but Stojkovic said that they would not shy away from the challenge of taking on the five-time champions.

Brazil coach Tite has stacked his squad with nine forwards led by Neymar, who can overtake Pele as the country’s all-time top scorer if he scores three more goals to add to his tally of 75.

“Will four strikers play against Serbia? Then we are done... But will anyone play in defence?” Stojkovic said.

“Brazil are a great team, one of the best in the world. For me they have a golden generation at the moment and I expect a very difficult game...The game starts at 0-0, we have a chance to win and we are not afraid of anyone, not even Brazil.

“We have more mature, confident players with the experience of having played in a World Cup. It’s a new challenge.”

He did, however, add that they were “very unlucky” to be drawn in the same group as Brazil, Switzerland and Cameroon.

“Brazil is a great team, both individually and collectively. They are, for sure, one of the favourites,“ skipper Dusan Tadic said.

“But we are focused on ourselves, we will look at Brazil’s qualities but we will also focus on our qualities, we want to make our country proud and play our style of football.”

Serbia have been sweating on top scorer Aleksandar Mitrovic’s availability after he suffered an ankle injury but Stojkovic, who refused to reveal his lineup, said the striker was training with the squad.

“The good news is that he is not experiencing pain where he had an injury,“ he said.

“But (Filip) Kostic is suffering from an injury, he feels fatigue in the muscle. It is a big question mark when it comes to him.” - Reuters