Son starts for South Korea against Uruguay in World Cup 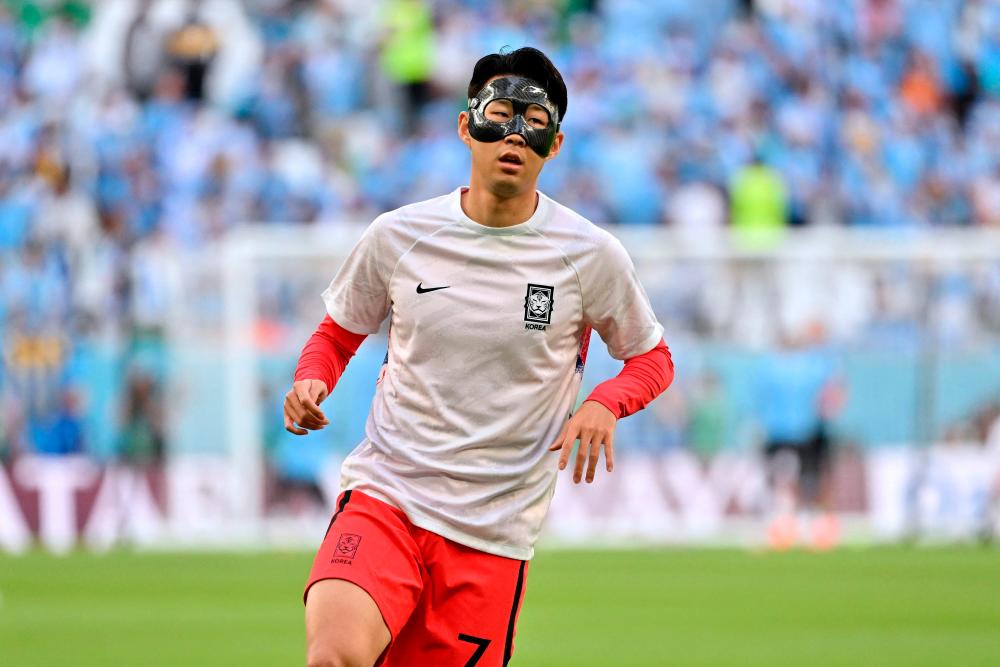 South Korea’s midfielder #07 Son Heung-min warms up before the start of the Qatar 2022 World Cup Group H football match between Uruguay and South Korea at the Education City Stadium in Al-Rayyan, west of Doha on November 24, 2022. AFPPIX

Portuguese coach Paulo Bento picked his captain after deeming the Tottenham forward “able to play” despite training with a protective face mask in Doha.

Son fractured his eye socket in a collision during a Champions League match against Marseille at the beginning of the month.

But he underwent successful surgery and declared himself fit and available for his country.

Facundo Pellistri starts at right wing despite not playing a single club match for Manchester United this season, with Liverpool's Darwin Nunez also selected in the front three.