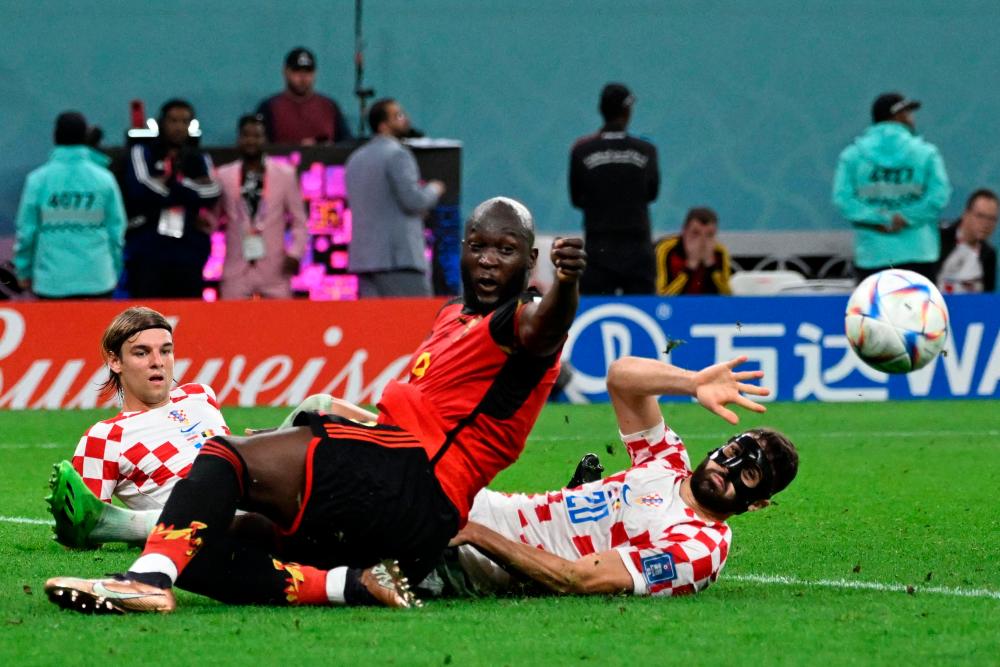 DOHA: Belgium should not blame Romelu Lukaku for their World Cup exit despite the striker's misses in the goalless draw against Croatia which sealed their fate on Thursday, said Timothy Castagne.

Lukaku, Belgium's record goalscorer, had only played a handful of minutes in the tournament due to injury before coming on at half-time at the Ahmad Bin Ali Stadium.

The striker, on loan at Inter Milan from Chelsea, missed three gilt-edged chances late on when a goal would have sent his side into the last 16.

“I wouldn’t say he’s the anti-hero because he’s there for the chances, he also creates them, he gives, he keeps the ball,“ defender Castagne told reporters.

Michy Batshuayi scored their only goal of the tournament against the Canadians but was not called upon on Thursday.

“Of course I’m disappointed, we’re eliminated, we’re out of the competition,“ he said.

“I’m a striker and I would have liked to do my job and score, help the team.

“It’s disappointing to go out like that... Belgium had to play better. I’m not going to say that we don’t deserve to be out, but we should have played better. Everything is disappointing.” - AFP