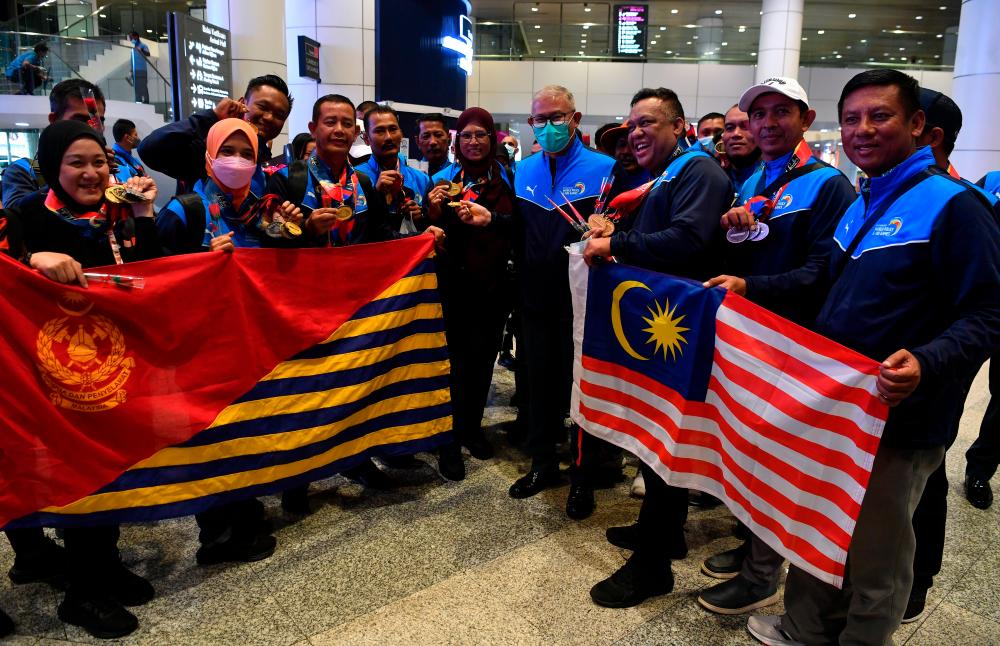 SEPANG: The Malaysian Fire and Rescue Department (JBPM) contingent recorded an excellent outing of 15 gold medals from the World Police and Fire Games 2022 (WPFG2022) held in Rotterdam, the Netherlands from July 22-31.

JBPM director-general Datuk Seri Mohammad Hamdan Wahid said the success was the result of the high level of discipline among the athletes who took part in six events of badminton, darts, bowling, golf, bench press and push-pull.

“We will give incentives to those who brought medals home to the country. How much we will announce (later),“ he said after welcoming the contingent’s return at the Kuala Lumpur International Airport (KLIA) here today.

In addition to the gold haul, the contingent also won 11 silver medals and 11 bronze medals in the biennial sports event.

The WPFG2022 unites more than 10,000 fire and police athletes from 70 countries in sportsmanship to promote respect for the first-responders who are on standby for the community day and night.

Fireman Mohd Nasir Jantan, 49, who contributed four gold medals through singles and doubles darts events, described the success as motivation to continue being active and excelling in the event he has been involved in since 2010.

Having served JBPM for 29 years, the Melaka-born said he trains routinely every day after going off-duty.

“I work during office hours so there is no problem to practise darts (later). In addition to physical training, I also train online,“ said Nasir, who also brought home four gold medals in darts at the same world games in Chengdu, China in 2019.