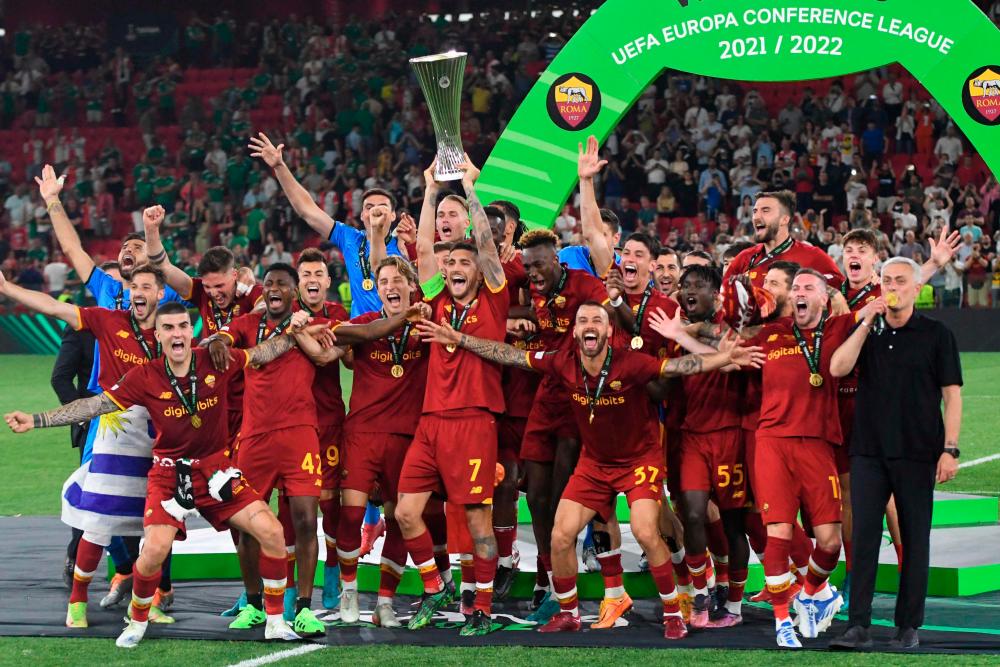 Roma's players celebrate with the trophy after winning the UEFA Europa Conference League final football match between AS Roma and Feyenoord at the Air Albania Stadium in Tirana on May 25, 2022. AFPPIX

TIRANA: AS Roma won their first major European title in more than 60 years as Nicolo Zaniolo’s first-half goal earned the Italians a 1-0 victory over Feyenoord Rotterdam in the Europa Conference League final in Albania on Wednesday.

The 22-year-old Zaniolo steered the ball home in the 32nd minute with a left-footed touch, after first taking it down off his chest, to make Roma inaugural winners of European football’s new third club competition which was introduced this season.

Roma, whose only previous continental title was the old Fairs Cup in 1961, held off a spirited comeback from their Dutch opponents, who were twice denied by the woodwork in the second half, and ensured that Jose Mourinho became the first manager to win a European trophy with four different clubs.

Roma goalkeeper Rui Patricio made vital saves as Feyenoord took the game to the Italians, enjoying the lion’s share of possession, but always looked vulnerable on the counter-attack. — Reuters