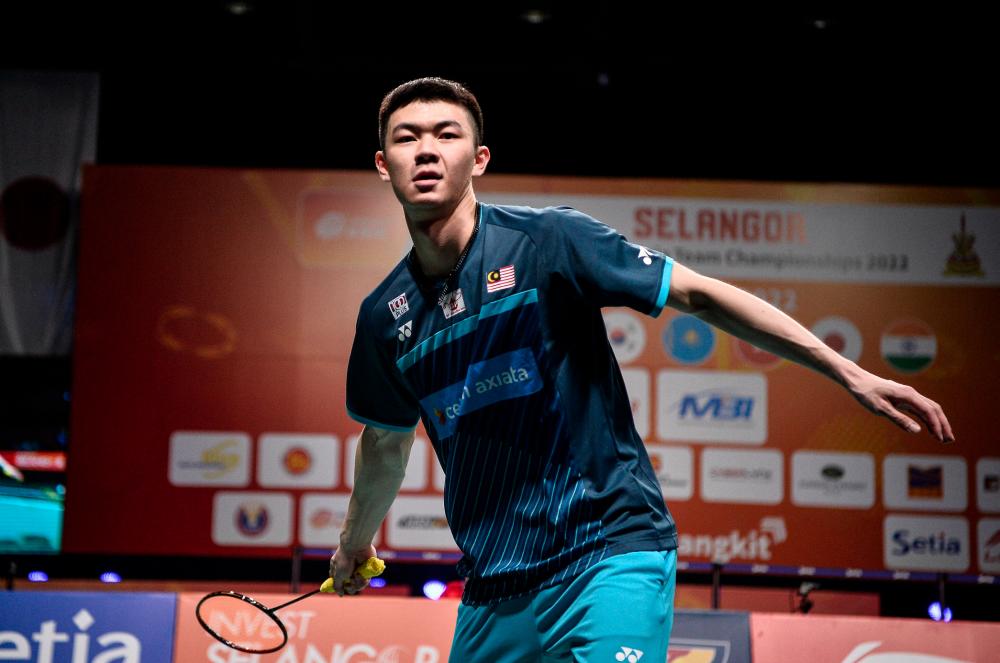 Zii Jia, who made a return to ABM after seven months, believed that the opportunity of training in ABM will surely benefit all parties, especially for future team events.

“I’m already at work to prepare for next season and among them is to humbly accept the Badminton Association of Malaysia’s invitation for independents to spar at ABM,” he said in an Instagram post via ‘teamlzj’ today.

The 24-year-old player was last seen in ABM in April for the centralised training camp ahead at Badminton Asia Championships (BAC) in Manila, Philippines.

Zii Jia, who is no stranger to controversy, stunned Malaysian sports fans by quitting BAM to turn professional earlier this year before skipping the Birmingham 2022 Commonwealth Games in July to focus on the world meet in Japan.

Commenting on his overall performance this year, Zii Jia admitted that it was still not up to his satisfaction despite ending the season as the world number two.

“I have to keep on improving and continue to prove my worth,” he said.

Meanwhile, Zii Jia said he will head to Taiwan for a training camp slated to be held from Dec 19 to 25 with his main sponsor, Victor, and local players there.

As such, Zii Jia, who will be playing in the Malaysia Open 2023 next month, hoped to further strengthen his discipline and toughness both physically and mentally for the upcoming 2023 season.

The Kedahan played 12 individual tournaments this year but only managed to clinch two back-to-back titles - the Badminton Asia Championships in Manila and Thailand Open in May - plus a runner-up finish in the Denmark Open last month.

He had also made three semi-finals and one quarter-final, in addition to suffering five early exits including a stunning 19-21, 21-11, 19-21 third-round loss to China’s Zhao Jun Peng in the BWF World Championships in Tokyo, Japan, in August. - Bernama 1.Biden, Republican leader clash – with US economy at stake