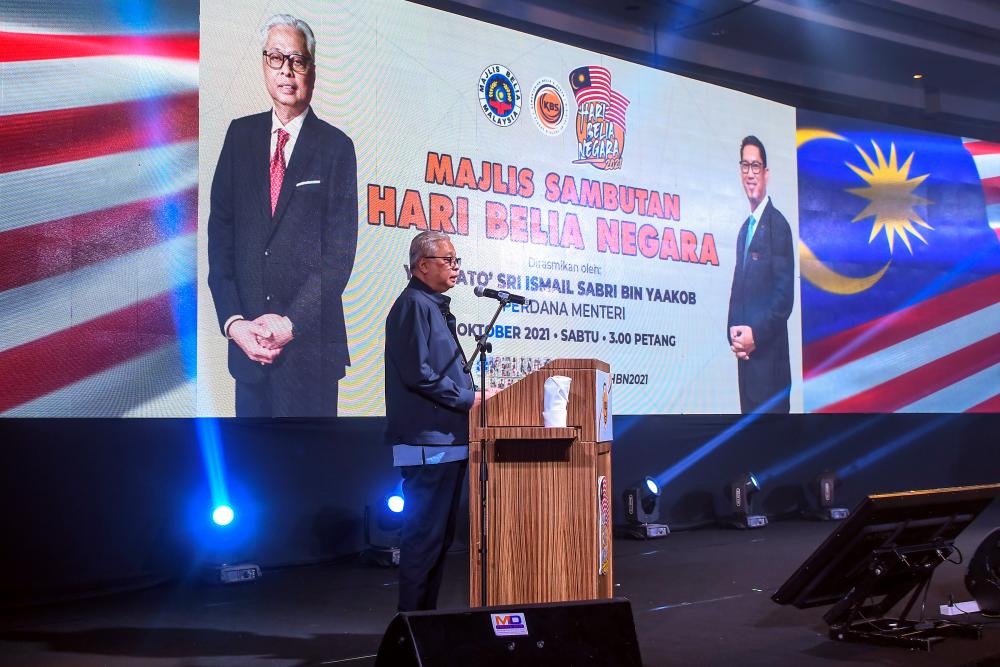 “The government has never and will never marginalise youths in anything announced for Malaysia, our country,” he told the media. “Surely youths are given priority, that is why I said earlier that our country’s future depends on the youths today.”

The Budget laid out a total of 25 direct or indirect incentives for youths.

The budget is of particular interest to Salina Razak (not her real name), a 25-year-old front desk staff for an international hotel chain in Puchong.

Last year was particularly difficult for her. Her already meagre salary suffered a 20% cut during the lockdown, and only recently “went back to normal” when interstate travel restrictions were lifted. Still, she counts herself as one of the lucky ones, as several of her colleagues were laid off because of the Covid-19 pandemic.

Reflecting upon those difficult days, she said: “To be honest, at some point, I was wondering if I should just quit and go live with my parents in Shah Alam, but I know that it would be an extra burden for them.”

Salina is the eldest and she has two younger siblings – a sister in university and a teenage brother still in secondary school – who are supported by her parents. She comes from a modest middle-class family where her father is the sole breadwinner.

“Any bit of help from the budget would be most welcome,” she said candidly. “As much as possible, I would like to maintain my independence and not rely on my family for financial help.”

One of the more direct sources of aid Salina can look forward to is the RM8.2 billion Bantuan Keluarga Malaysia initiative, from which she can expect to receive RM350 as a single person earning less than RM2,500 per month. She will be among 4.8 million singles who will benefit from this.

“I can use it to pay for my groceries and part of my mobile bill,” Salina said. Now that her salary is restored, she hopes to start saving a small amount every month, something she wished she had done prior to the pandemic.

Salina’s 19-year-old sister, a full-time business student in a local university, will be receiving a RM150 boost in her e-wallet account under the eStart Programme, a RM300 million government initiative to encourage cashless transactions expected to benefit around two million youths. Salina hopes the money will help her sister pay for her expenses and alleviate her parents’ financial burden.

“My younger sister is worried about what to expect once she graduates, especially with the challenging job market,” she said.

Salina feels that a lot of thought was put into the Budget to support youths who are looking to start their careers.

One of the highlights of the Budget, Jamin Kerja Keluarga Malaysia (JaminKerja) aims to create 600,000 jobs with an allocation of RM2 billion. Under the initiative, the government will provide wage subsidies to employers hiring new employees with 20% of the monthly salary for the first six months and 30% for the following six months for a minimum salary of RM1,500.

In addition, graduates holding at least a diploma and school leavers aged between 18 and 30 years old who take up apprenticeships will receive a RM900 allowance for the first six months. The measure covers employment for roles up to the executive level.

The government also extended the Malaysia Short-term Employment Programme (MySTEP) that was first introduced in 2020. This programme offers a total of 80,000 contract opportunities with 50,000 jobs in the public sector and 30,000 jobs within government-linked companies from January 2022.

Salina confided that she is considering leaving her current job to start a business with her fiancé, a chef who works at the same hotel. During the pandemic, he and a few of his friends started a side business selling marinated meats, and he had asked Salina to join him in a new food-based venture he is planning. The two are saving up to pay for their wedding, which they hope will take place next year.

Budget 2022 also provides for youths who are thinking of becoming entrepreneurs, an initiative which interests Salina. It was announced that micro-credit financing of RM150 million will be channeled through Agrobank and Bank Simpanan Nasional (BSN), and another RM100 million to the Young Entrepreneur Financing programme under SME Bank to help enhance the socio-economic standing and livelihood of youth entrepreneurs.

It is one of the many options that Salina and her fiancé are looking at in terms of their future.

Another youth-themed initiative that Salina finds encouraging is the increased allocation of RM20 million to develop eSports that includes RM5 million to build a drone sports excellence centre.

Her younger brother is an avid mobile gamer, playing PUBG and Free Fire, and throughout the lockdown, the siblings have bonded by gaming together despite living apart.

“I think this is a good thing.

“eSports in this country should definitely be developed further, and my brother has said that he would like to become a professional gamer. I hope the government will continue to support eSports, as it can help create new jobs for Malaysian youth.”

1.Use RM3b from Windfall Tax to fight inflation, says LGE

2.Three charged over death of man at morning market

5.Domestic carbon trading to be implemented in phases