Carlsberg Red Barley back for The Reds 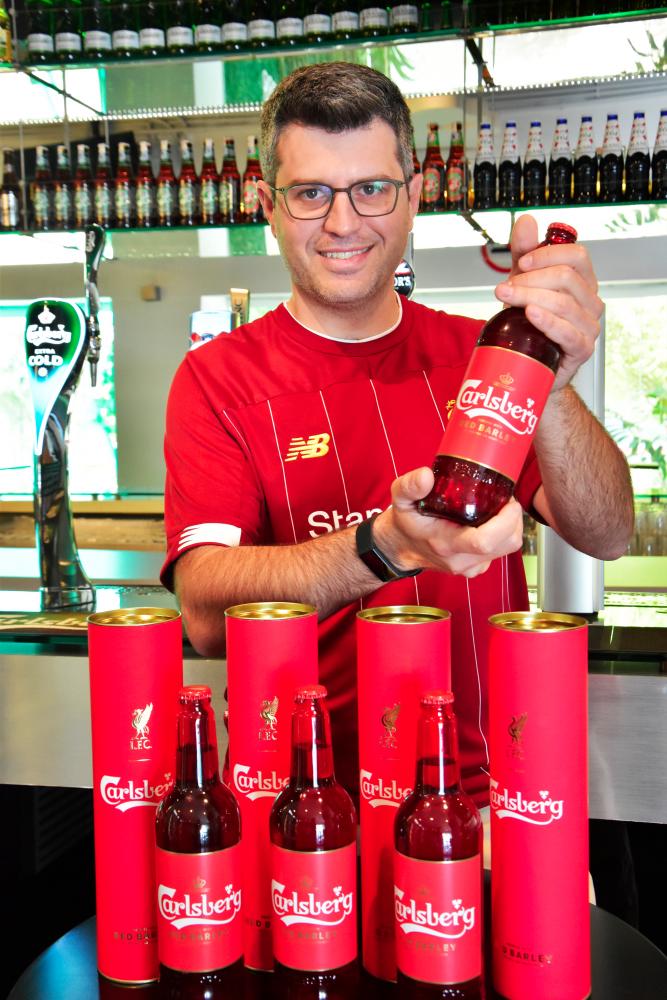 CARLSBERG Malaysia is paying tribute to the indomitable spirit of Liverpool FC with 2,500 bottles of its special-edition Carlsberg Red Barley for the second time this year, in response to the overwhelming enthusiasm from Malaysian fans.

Carlsberg Red Barley is a visually stunning beer, inspired by legendary Liverpool FC manager Bill Shankly when he made the iconic decision in 1964 to dress his players in all red – making them “look like giants and play like giants” in his words, winning the FA Cup for the first time at Wembley six months later. Not only is the Carlsberg Red Barley bottle, label and cap red, the beer itself is a crimson red!

Unlike other ‘red’ beers such as red ales or beers with fruit added, Carlsberg Red Barley is a special-edition 4.5% ABV (alcohol by volume) pilsner that gets its distinctive colour from a barley variety that is specially curated and bred by the scientists at the Carlsberg Research Laboratory, giving it the clean, crisp and slightly hoppy taste expected from a traditional pilsner.

Due to the barley’s commercial rarity, Carlsberg Red Barley was produced in very limited quantities for the global market, with only a handful of bottles offered via lucky draw at selected outlets in Malaysia during The Reds championship-winning finals against Tottenham Hotspur in June.

Managing Director of Carlsberg Malaysia Ted Akiskalos said, “Carlsberg’s support of Liverpool FC since 1992 represents the longest-lasting partnership in the Premier League. We heard you, fans in Malaysia, and we have pulled together to bring in more of this collectible brew which deserves a place on any trophy cabinet as a tribute to the Reds.”

Liverpool FC fans can look forward to collect this commemorative brew simply by enjoying Probably The Best Beer at more than 80 outlets nationwide in conjunction with Probably The Best Football Viewing Parties.

Consumers who purchase three big bottles of Carlsberg Danish Pilsner or Carlsberg Smooth Draught at participating coffeeshops and restaurants as well as Carlsberg drinkers at participating bars, pubs and bistros will receive a game card and stand to win the special-edition Carlsberg Red Barley at Probably The Best Football Viewing Parties until Sept 28, coinciding with Liverpool FC’s matches with Newcastle, Chelsea, and Sheffield United.