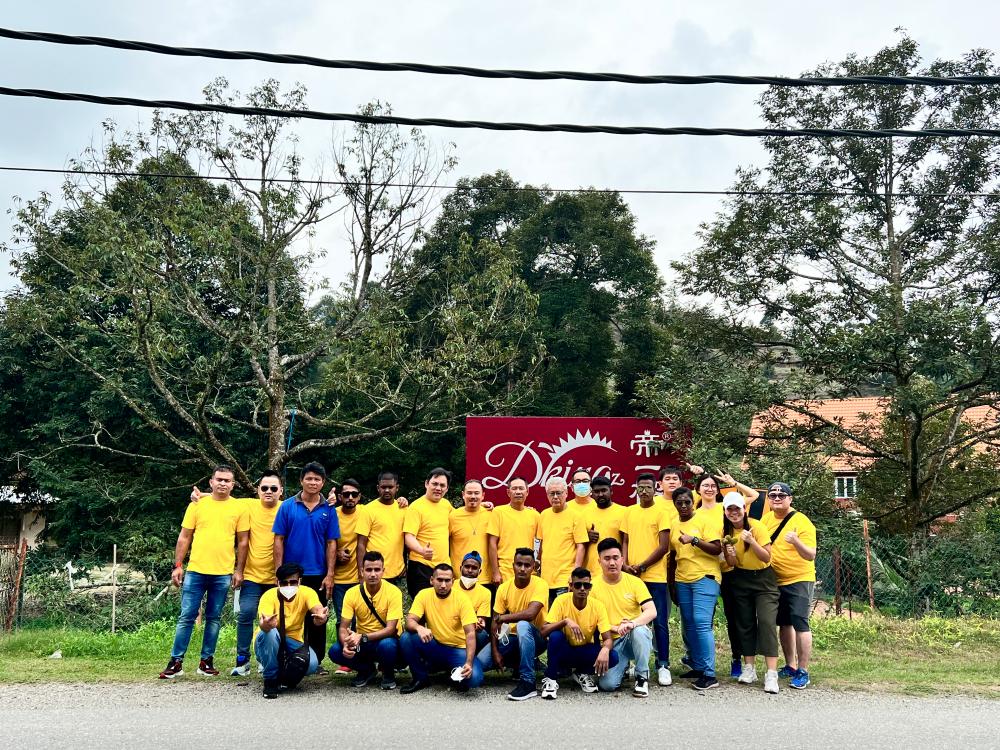 After two years of limitations due to COVID-19, durian lovers from all across the globe can now look forward to satisfying their cravings at the grand international event - Malaysia Int’l Durian & Cultural Fest 2022. The festival will feature Malaysia’s favourite durian varieties, allowing visitors to indulge and distinguish the differences in taste, texture, and aroma of the various assortment of durians.

Dking, one of the biggest names in the durian industry, is partnering with Tourism Malaysia - a major contributor to the socio-economic development of the nation to enhance the uniqueness of Malaysian arts, culture and heritage for the growth of the country’s tourism and culture sector in conjunction with promoting Malaysia as an outstanding tourist destination locally and internationally.

The festival is aimed at spreading global awareness of the countless varieties of delectable durians that are attainable in Malaysia. Additionally, the festival also serves as a platform for visitors from all walks of life to experience Malaysian culture through food.

Over the past decade, Malaysia has been ravished by the rise of durians in the market, allowing for Dking to make its name while retaining the most important aspects of food culture. What was once a hobby and favourite food is now converted to be one of the most popular and in-demand Durian brands in the country, bagging them numerous awards, namely - the Malaysia Tourism Gold Awards 2021, Asia Pacific Top Excellence Brand Awards, and The World’s SMEs Bestbrands E-branding Awards.

However, Dking wasn’t always the established brand seen everywhere. In fact, the business was formed when the Founders of Dking, Simon Chin and Leron Yee, were faced with complications that led to the end of their prior beauty and wellness occupations.

With chump change in their savings, they took to the night markets and surveyed business opportunities that were deemed profitable. Noticing that stalls that sold fried foods were doing well, they had an idea to start selling something fried of their own. However, most of the stalls were selling the same variety of fried foods such as fried bananas and fried jackfruits, which they found was not eye-catching enough. It was then that they decided to take it to the next level; this birthed the famous Fried Frozen Durians, a product that was highly sought-after among prestigious F&B chains, hotels, and supermarkets even up until now.

Having made a fortune from the night markets by selling Fried Frozen Durians, the founders realized a great demand for the fruit itself and soon ventured into selling premium quality durians in SS2, Petaling Jaya. Their passion for durians and the happiness they brought to consumers led them to being the established brand that we see today.

Among the many achievements that Dking has conquered throughout the years, highlights and turning points of the brand involved being selected as durian caterers for the visit of Xi Jinping, the President of China, to Malaysia and an invitation to Alibaba's Initial Public Offering (IPO) in 2019. Simon and Leron were selected to be among the 10 people to be acknowledged on stage by Alibaba and other prominent VVIPs.

Their durians were not only in demand in Malaysia but also in the Chinese market, because of this, Dking was actually given permission to export durians to the Chinese market. The result of this allowed them to export 20 tons of Musang King durians to China by air. From then on, Dking has continued its part in being a juggernaut for Malaysian food culture internationally.

When the COVID-19 outbreak began, Dking had to pause its extravagant events due to increasing cases of COVID-19 and border restrictions. Hence, now that the borders have been reopened in most countries, Dking and Tourism Malaysia are delighted to share Malaysia’s best offerings to the world at the three-day, all-you-can-eat buffet-style Durian festival. 2.Man nabbed after threatening to kill wife for filing divorce