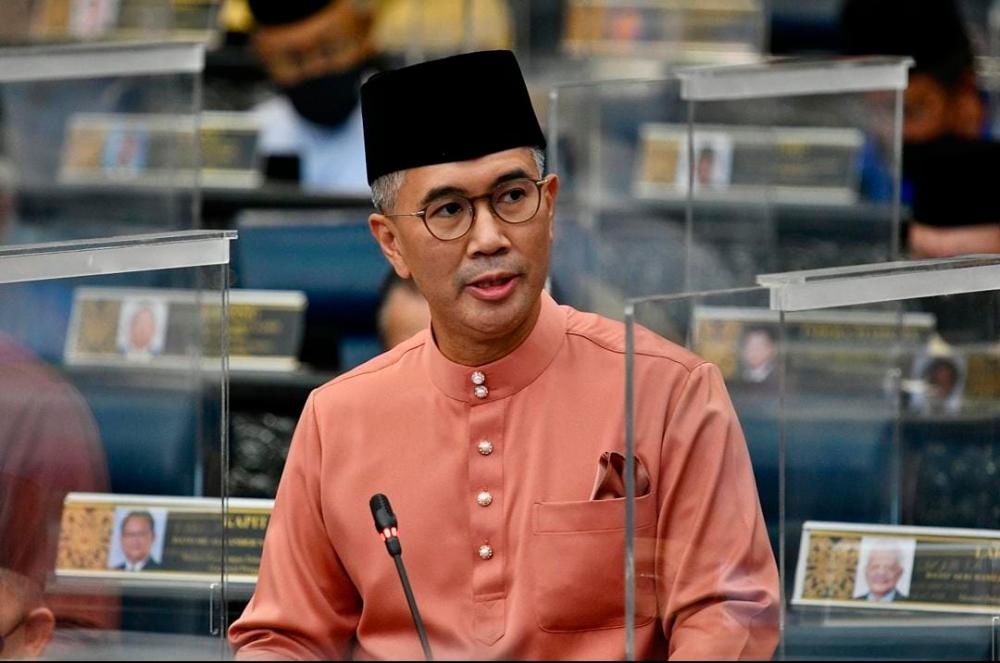 PETALING JAYA: The recent Budget 2022 was the largest tabled in Malaysia’s history, with RM332.1 billion allocated to reviving every socio-economic segment in the country following the difficulties faced during the Covid-19 pandemic.

When tabling the budget, Finance Minister Tengku Datuk Seri Zafrul Tengku Abdul Aziz said that it would be “taking into account the aspirations, dreams and needs” of Malaysians, and would be an inclusive budget that encompasses all levels of society.

This is reassuring news for members of the Middle 40 (M40) income group. Previous budgets had been accused of skipping those from the M40 category in terms of benefits, but this year, the government has paid special attention to measures that will help the community, an initiative that comes at just the right time.

In September, Prime Minister Datuk Seri Ismail Sabri Yaakob revealed that around 580,000 households, which were previously in the M40 category, had slipped into the Bottom 40 (B40) group owing to the effects of the Covid-19 pandemic on the nation’s economy.

Speaking from her home in Puchong, 35-year-old housewife Siti Nur Maisarah Abdul Rahman said that she sometimes feels that her family has fallen among those statistics.

While her husband Faiz Ridzuan, a lecturer at a college in Cyberjaya, managed to keep his job, he was forced to take a 40% cut on his salary in the middle of 2020.

While the couple had some money set aside – and despite being able to temporarily defer repayments on their home and car thanks to Bank Negara’s loan moratorium – with three children under the age of 16 to look after, the family burnt through their savings in under a year, and were now struggling.

“We never expected that the situation would last this long,” she admitted. “If we had known, perhaps we would have saved up a little more. We are lucky that Faiz still has his job, but his reduced salary leaves very little breathing room when it comes to our monthly expenses.

“We are hoping that Faiz’s salary will go back to normal soon, now that students can return to classes and the economy is restarting.”

To help families like Maisarah’s, the government has allocated RM31 billion for subsidies, aid and incentives, to reduce the cost of living for those who have been feeling the pinch since the start of the pandemic.

For more immediate aid, the government is providing direct financial assistance through the Bantuan Keluarga Malaysia initiative, which has been increased to RM8.2 billion from RM7 billion the previous year, and expected to benefit 9.6 million recipients.

B40 households (earning less than RM2,500) with three or more children can look forward to receiving RM2,000 in aid, an increase of RM200 from the previous year.

As part of the M40 category (earning up to RM5,000) with three children Maisarah’s household will be receiving increased aid of RM800, up from RM750 the previous year.

One additional measure from the government will be an assistance of RM500 to single parents who have dependent children and a monthly income of up to RM5,000.

Maisarah is positive about the increase in aid. “While it is right that the primary focus should be on helping the B40 group, we’re glad that the government is thinking about the M40 group as well, considering we have been paying our taxes all these years.”

When it comes to taxes, the budget also contains some tax relief measures that can help families like theirs.

With three children still in school, Maisarah and Faiz had to purchase tablets to enable them to keep up with their home-based lessons during the pandemic. Fortunately, the government is extending the special income tax relief of up to RM2,500 on the purchase of mobile phones, computers and tablets until Dec 31, 2022.

Another income tax relief measure that will be extended is for domestic tourism expenditures of up to RM1,000. The family is hoping to take a much-needed holiday in the near future, and this would be a welcome help to them.

To allow employees like Faiz the opportunity to take home more of their salary for expenses, the government is extending the minimum employee EPF contribution rate reduction from 11% to 9% up to June 2022.

Maisarah added that the events of the past year have taught them to always have a back-up plan just in case the worst happens. “Besides working on rebuilding our savings, we are also looking at new careers,” Maisarah said. “The children are getting older, and we need to think about their futures as well.”

Her husband is considering taking on a job in the private sector, while Maisarah herself is thinking of starting her own home catering business.

To help supplement their income during the pandemic, Maisarah spent several months preparing meals which she sold to her neighbours who were working from home. As most have returned to their offices, she has since stopped, but said that she found the experience extremely fulfilling.

Under the government’s Jamin Kerja Keluarga Malaysia (JaminKerja) initiative, upskilling and reskilling programmes can help Malaysian workers and jobseekers who want to improve themselves or develop new skills.

To encourage the hiring of housewives like Maisarah, as well as women who have been unemployed for over 365 days, the government will provide employers with an incentive equivalent to 30% of the monthly salary for the first six months and 40% for the following six months on condition that the monthly salary is RM1,200 and above.

In addition, there will be an increase in tax relief for expenses in attending reskilling and upskilling courses of up to RM2,000 until 2023, as well as further tax relief of up to RM7,000 for course fees with any approved professional body.

The government has also allocated RM230 million for women entrepreneurship programmes through BSN, Agrobank, the DANANITA (MARA) and TEKUNITA (TEKUN).

Despite the difficulties their family has faced over the past 19 months, Maisarah is hopeful that the future will be brighter.

“We believe that the worst of it has passed,” she said. Rainwater unsafe to drink due to chemicals: Study Around 50 missing after migrant boat sinks off Greece

Rainwater unsafe to drink due to chemicals: Study

Around 50 missing after migrant boat sinks off Greece

1.Rainwater unsafe to drink due to chemicals: Study

4.Najib’s new legal team will discharge itself if appeal proceeds on Aug 15

5.Around 50 missing after migrant boat sinks off Greece