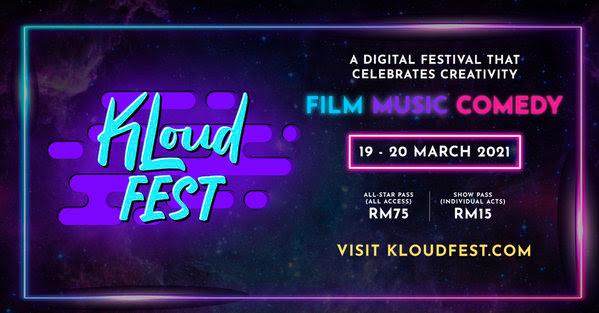 Working in partnership with social enterprise, DiverseCity, Liver & Lung has worked hard to produce and curate Malaysia’s first fully digital festival that unites local artists and provides a platform for them to showcase their work to the world.

KLoud Fest will be hosting an exciting array of original film, music and comedy created just for you.

Some of the highlights include:

The video below is a taster for what’s to come in the musical.

+ ‘Badrish & The Beatles: A Multimedia Film' - a film exploring one boy’s relationship with the legendary band.

+ ‘Eye On The Ball: A Documentary Film' - a documentary film following Malaysia’s national para-football team and their journey to the ASEAN Para Games.

There will also be a series of enriching Malaysian masterclasses titled: ‘Trina in KL’, hosted by Malaysian actress Putrina Rafie, to encourage everyone to get creative.

“As COVID-19 disproportionately impacts our community, it became obvious that, as creative leaders, we needed to innovate technologically and curate artistic experiences that are digital-first yet still deliver on quality and are uncompromisingly entertaining,” he added.

“KLoud Fest has heaps of potential - and this is only the beginning. In many ways, it is a great equaliser, bringing artists and audiences together and providing emerging local talent with a platform to showcase their work to the world,” said the co-founder of Liver & Lung, Hannah Shields.

Event details (so you don’t forget!)

1.Pandelela should be applauded and not questioned, says MP

3.Measures to prevent Covid-19 spike during Malacca election among focus in parliament today

5.US envoy says Iran nuclear deal effort is at a ‘critical phase’