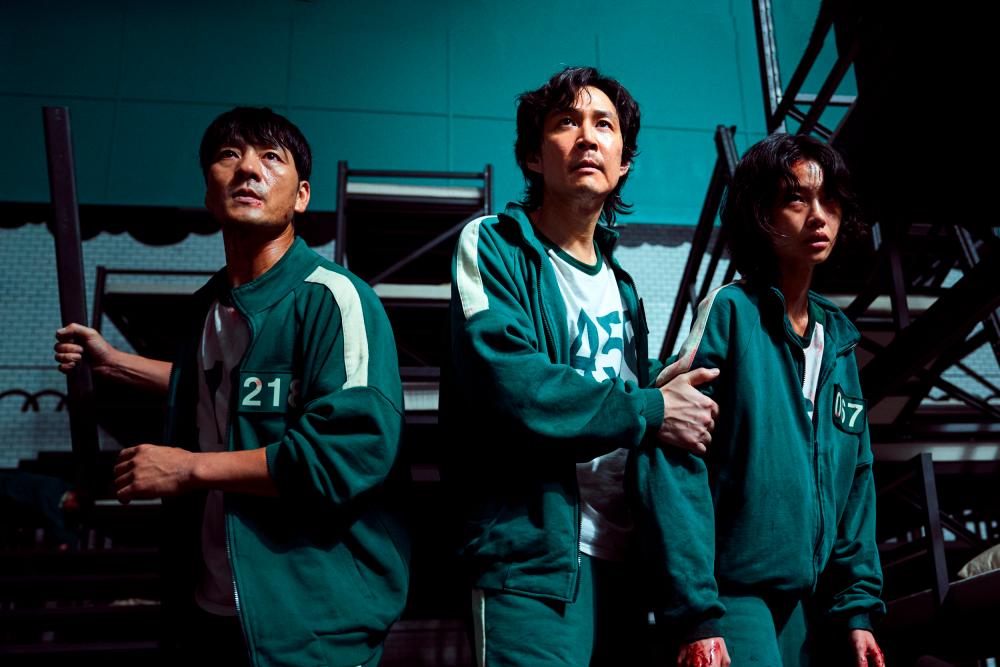 NETFLIX’S latest original series, Squid Game has taken the world by storm. Since its airing, the Korean Netflix show has become the platform’s most successful non-English language show. In fact, Squid Game may be the biggest show the streaming platform ever had.

“It’s only been out for nine days, and it’s a very good chance it’s going to be our biggest show ever. We did not see that coming, in terms of its global popularity,” said Netflix CEO Ted Sarandos following the release of the series.

Squid Game tells the story of 456 individuals who participates in a mysterious survival game to win. The players are tasked to compete daily in traditional children’s games with deadly consequences.

Despite many having come to appreciate the show, there are still mind-blowing facts about it that viewers may not know about. Here are six interesting facts about Squid Game:

Director Hwang Dong-hyuk originally developed the script in 2008. Back then, he had plans for the project to be a feature film and originally called it Round Six. “I wanted to write a story that was an allegory or fable about modern capitalist society, something that depicts an extreme competition.

“Somewhat like the extreme competition of life. But I wanted it to use the kind of characters we’ve all met in real life.”

However, the script initially was not well-received among various established Korean production companies and actors. Many found it disturbing, even deeming it ‘grotesque’ and ‘unrealistic’.

Fortunately, Sarandos stumbled upon it in 2019 and produced it as a Netflix original series. And the rest is history.

2. Director Hwang lost his teeth in the making of the show

When Hwang was writing the script, he was often stressed due to his financial situation. In fact, he reportedly lost six of his teeth due to the pressure. The director wrote the whole series by himself – the first two episodes alone took him six months.

When asked about the sequel, Hwang was quick to note that he is not looking to work on it just yet. And when he does, he is looking to hire a team of staff writers and directors to help him out.

In the show, the players are invited to compete by a man who hands them a business card. The gold card which has the company’s logos comes with a number on it. Unfortunately, the number displayed on the card is actually real. Two owners of the actual number have come forth to express their distress over the matter.

Two of them, Kim Gil-young and an unnamed man, reportedly received over a thousand calls per day from people requesting an invitation to join the game. Presidential candidate Huh Kyung-young even offered 100 million won to buy the number.

Sadly, for the two individuals, they are not able to switch their mobile numbers as it is linked to their work. But Netflix has responded on solving the issue. “Together with the production company, we are working to resolve this matter, including editing scenes with phone numbers when necessary.”

It is only natural for subtitles to be misconstrued at times. But according to fluent Korean speaker, Youngmi Mayer, she claimed that the subtitles are so misconstrued that they failed to convey the real meaning. “The dialogue was so well written and zero of it was preserved [in the subtitles].”

The fluent speaker explained in her TikTok video, showing an example of a character who tries to persuade players to play with her: “I’m not a genius, but I still got it worked out.” However, Mayer explains that the character is actually saying: “I am very smart. I just never got a chance to study.”

“Almost everything she says is being botched translation-wise. The writers, all they want you to know about her is that. It seems so small, but it’s the entire character’s purpose of being in the show,” said Mayer in her video.

Ji-yeong, Lee Yoo-mi’s character has become a fan favourite of the show. However, Ji-yeong was almost not set to appear. Director, Hwang had originally planned for her to be a male character called Ji Yong. But while shaping the characters, Hwang realised that female characters could bring more life and persuasion to the show.

Many may not know this but Jung Ho-yeon who plays Kang Sae-byeok has never acted before. In fact, the model turned actress made her acting debut with the series. Upon watching her audition clip, Hwang knew ‘this is the girl we want’.