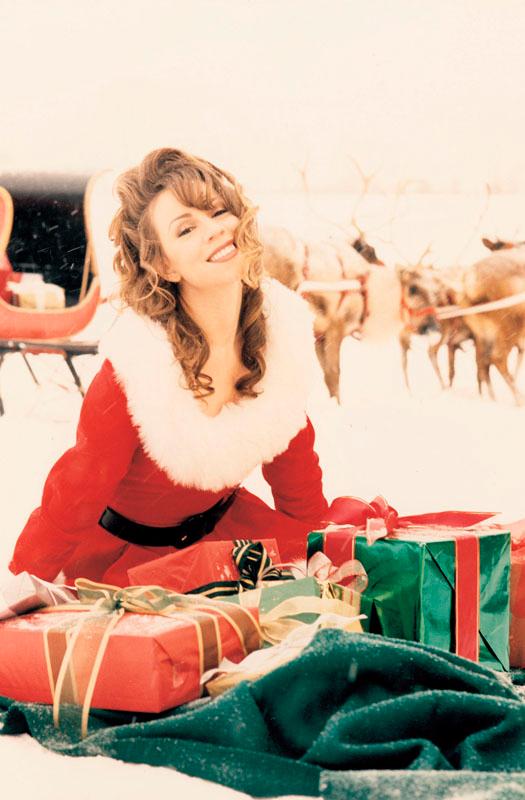 THERE is always something magical about Christmas. Whether it is festive cookies or beautiful presents, it is always the best time to unwind and spend time with our loved ones.

This year’s season of joy is no exception. Although it may be different from the ones we remember, it still calls for us to be in the festive spirit and celebrate.

And yes, one way to truly enjoy the holiday experience is through merry and cheery Christmas tunes. Since Christmas is near, we have decided to compile six classic Christmas records for you to enjoy!

As one of the most prominent figures in music, Frank Sinatra sure knows a thing or two about sweeping listeners off their feet through his soothing vocals. In A Jolly Christmas From Frank Sinatra (1957), Sinatra charms listeners with his unique covers of classic Christmas hits.

His renditions breathe new life into these holiday tunes. In addition, the playful interpretations also showcase his abilities as a vocalist. The standouts in the album are Have Yourself a Merry Little Christmas and Adeste Fideles.

Released in 1957, Elvis’ Christmas Album marks the first Christmas record by Elvis Presley. The King of Rock and Roll delivered a good mix of genres, showing off a rock & roll sound while also paying tribute to his country and gospel roots.

Upon its release, the Christmas record was met with great reviews from fans and critics alike. So much so it sold 17 million copies in the United States alone. And it remains as the world’s best-selling Christmas album till today.

Of course, Christmas would not be complete without Mariah Carey. Serving as the fourth studio album for the songstress, Merry Christmas is a perfect example of the saying: “Ageing like fine wine”. In fact, the lead single, All I Want For Christmas Is You continues to resonate with listeners every Christmas.

Apart from the hit single, the holiday record contains other upbeat numbers and delicate ballads. The album is a good combination of originals and fun renditions of holiday classics.

Similarly to Presley’s Christmas work, Merry Christmas was a smash hit. As of this year, the record has sold over 15 million copies worldwide and become the all-time best selling Christmas album by a female artist.

Joining the list next is Michael Buble’s 2011 release, Christmas. Coming after the release of his Christmas EP, Buble expanded his sound through jazzy and soulful holiday tunes.

His rendition of Carey’s All I Want for Christmas Is You and Eartha Kitt’s Santa Baby is among the record’s highlights.

Thanks to the release of Christmas, Buble also earned the trophy for Album of the year at the Juno Awards 2012. His win made him the first artiste to win the accolade for a holiday album.

Following the footsteps of Mariah Carey, Kelly Clarkson decided to flex her music versatility by recording her first Christmas record. In Wrapped in Red, Clarkson’s vocal abilities are utilised in ways fans have never heard before.

While many are familiar with Clarkson’s vocal prowess, listeners got the privilege of hearing the American Idol winner enrich the meaning of Christmas. Fan favourites include Have Yourself a Merry Little Christmas and Silent Night.

But apart from her singing abilities, Clarkson also got to showcase her impressive writing chops. With tracks like Underneath the Christmas Tree and title track Wrapped in Red, Clarkson proved that she too can pen a beautiful merry tune.

Our list comes to an end with John Legend’s Christmas gem, A Legendary Christmas.

Released in 2018, the soulful holiday features an array of modern and quintessential Christmas gems.

Although it strays from the conventional holiday sound, Legend still manages to smooths listeners.

In fact, the 17 songs across the album offer listeners an upbeat and refreshing feeling to Christmas. Owing to the album, Legend scored a Grammy nomination in the Best Traditional Pop Vocal Album at the 2020 Grammy Awards.