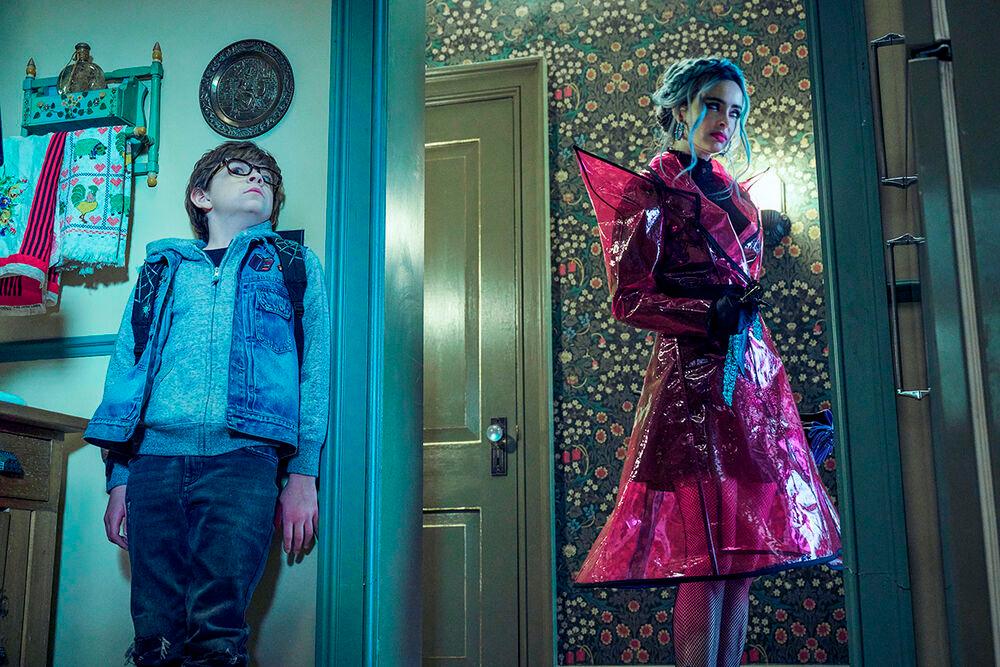 BEDTIME stories hold a whole new meaning in Netflix’s latest original film, Nightbooks. In the streaming network’s adaptation of J. A. White’s 2018 novel, the fantasy-horror flick centres around a preteen boy named Alex who is held captive by a malevolent witch.

Alex, who is played by Winslow Fegley, is a gifted young boy who enjoys writing scary stories. But upon being rejected due to his interests, Alex renounces his love for writing scary stories and seeks to burn his notebooks. In the midst of it, the evil witch Natacha traps him in her enchanted apartment.

Natacha threatens to kill him unless he writes a new scary tale every evening. Trapped inside the house, Alex’s every move is watched by Natacha’s spiteful cat, Lenore.

Soon he befriends Yasmin, another child held captive in the apartment who has learned to survive Natacha’s crazy impulses.

With Yasmin’s help, Alex must learn to embrace his individuality – and his love for scary bedtime stories – and write his way out of this magical prison.

Being the first movie adaption of White’s book series, the story definitely makes an impression, especially as a children’s horror film.

The genre oftentimes only attracts younger audiences due to its whimsical narratives. But the same cannot be said for Nightbooks.

In fact, the film offers a fresh appeal to audiences of all ages with its mature contemporary take on classic stories and fairytales like Hansel and Gretel.

The various references, jump scares, black magic sequences, and storytelling scenes definitely sets it apart from past films. Its quality can be compared to horror standouts like Monster House and the early works of Tim Burton.

Director, David Yarovesky did an excellent job in achieving this with his visual effects and art aesthetics. The placement of lights and the character’s costumes helped enriched the sequences throughout the film. For instance, Krysten Ritter’s character Natacha’s costume and makeup were instrumental in establishing her presence as an emo modern-day witch.

Speaking of Ritter, given her past roles as the bitchy side-kicks, it made sense to cast her as the evil witch. Her mean-girl persona translates well into her role. In fact, she seemed natural when instructing her child prisoners to work.

Fegley’s performance as the show’s protagonist is also a highlight to note. Fegley who previously played Timmy Failure in the Disney comedy film Timmy Failure: Mistakes Were Made, demonstrated growth in his skills as an actor with his role as Alex.

While Nightbooks generally succeeded in delivering its goods, the film could have used more context in the beginning. From the start, the film wasted no time in throwing its protagonist into trouble, as we immediately see Alex being kidnapped by Natacha. In return, this gives viewers a bit of a rough introduction to the movie and the characters.

Instead, the film could have given a bit glimpse into Alex’s life in school and relationship with his parents. This way, viewers could have a more in-depth understanding of his life before being kidnapped. But all in all, Nightbooks is a cinematic gem.

Although it may be scarier than your average children horror movies, Nightbooks offers young viewers, especially children, the sense of relief that comes from watching horror movies.

Since the majority of horror classics are not advisable for children, Nightbooks serves as the perfect ride that offers a glimpse into the macabre.