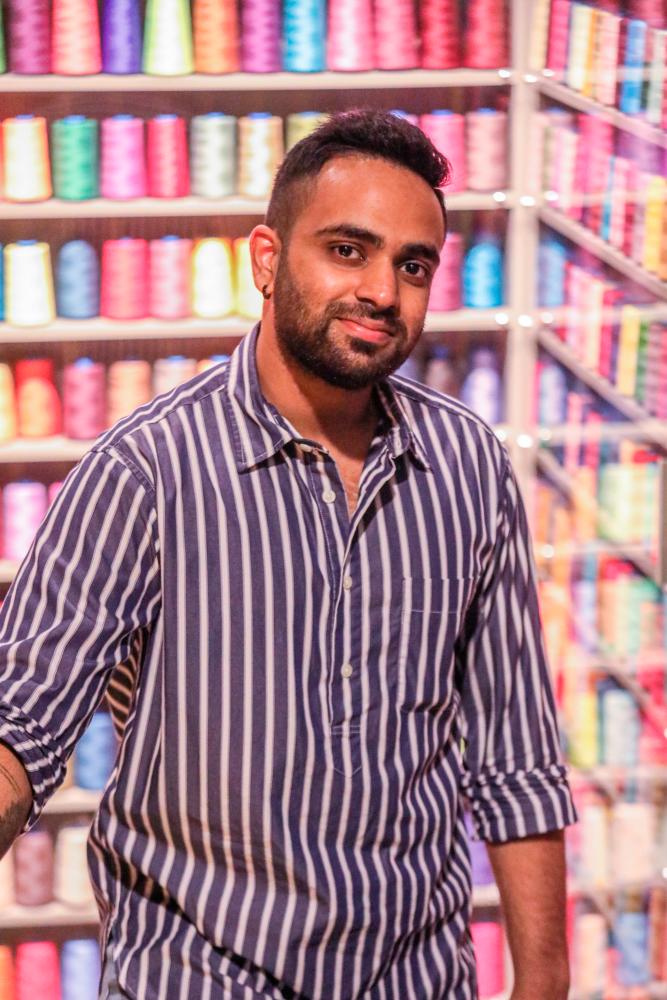 SOME of the most fascinating bars in the world may be found in unexpected places. Among them is Benang The Second Chapter, a speakeasy located in Damansara Heights. Its owners are the same individuals who started The First Chapter speakeasy in TTDI. Benang poses as a thread store that hides a secret passage leading to a sizable space with several seating areas, including studded leather couches and chairs at the bar table. The venue’s low lighting and relaxed atmosphere makes it a great location to hang out with friends. This speakeasy also offers a variety of Specialty House Cocktails.

theSun recently spoke with Ben Nair, co-owner of Benang, about the experience running the restaurant and how its quick expansion has resulted in it becoming a local favourite. Since turning 21, Ben, now 27, has loved going to different bars. He always had a very specific goal in mind: to start a business. He began working in a renowned cocktail bar in Masjid Jamek immediately after finishing his internship. “I’d say it’s where I acquired a lot of experience,” he said.

His friend Shawn had the same goal, and they became partners right away. Ben was aware that he had to finish his degree even if he was passionate about opening his own pub. He took his time, finished his degree, and now Ben has his own primary position in the corporate world. “After my own 9-to-5 job, I’m here in my bar handling my main side job,” he said.

According to Ben, his mother was the inspiration for Benang. “Since almost every family has a sewing machine, I figured, ‘Why not?’” He explained the concept to Shawn, who concurred with him. Even The First Chapter, which masquerades as a bookstore, was motivated by another pastime.

“My goal was just to put my passions into a concept, and fortunately, the idea as a whole was successful. Threads and books,” explained Ben.

Because they had no prior experience in the field, the two founders first faced a steep learning curve. Although the lads understood exactly what they wanted, planning the entire setup and sitting down with the contractors was a little unnerving because of how difficult it was to put their plans into action.

“We invested a lot of money at first, so we weren’t sure if anything like this would be successful in the sector.”

Ben said it was difficult to get started following the opening, especially in terms of acquiring new clients. He did, however, express his appreciation for the devoted customers who continued coming back. “We fared quite well in the beginning because of them.”

Ben made it clear that he and his partner never gave up despite all of the difficulties they encountered. “I credit it to the amount of effort we’ve put into the business since day one, and I don’t think I’ll stop until I’m satisfied that I’ve done all necessary to bring the brand to its rightful position. There is no turning back, according to us. We therefore keep moving forward despite the difficulty.”

He said: “It’s not easy to find us,” when asked what makes Benang different from other bars. One of the greatest differences, according to Ben, is that they frequently hear from guests that it was “so hard to get here.”

Ben said they take this as a complement because it is the whole point. To be hidden from the public. He said: “That is our aim; it is acceptable if they had a little trouble finding our bar, since we guarantee them our finest service, and they would leave this place completely satisfied.” When questioned about his short- and long- term aims, Ben stated: “Our short-term target is to maintain consistency in the output quality of our stores, and our long-term ambition is to establish more unique bars.

“Our likely next destinations are Kuala Lumpur and Penang. We’re working hard to achieve our objectives.”

We tried some of the signature drinks include Ben’s Paloma (named after Ben), which is a mix of Patron Reposado tequila, grapefruit, lime and sparkling water. The drink is prepared with his own special preferred ingredients. Then, we tried Asa Akira which has Tanquarey No 10, Peach Liquor, Peach Puree, Fresh Lime and Miraculous Foamer topped with Prosecco, Mango Brule, which has Plantation 3 Stars rum, fresh mango, lime and aquafaba and their Passion project. A mixture of Demonio De Los Andes Pisco, passion fruit pulp, fresh lime and lemon, aquafaba.

Ben’s Paloma was my personal favourite. It didn’t seem overly strong; it was just perfect. For some reason, all the beverages tasted quite light; I would guess that’s their specialty. Without having to experience the burning throat sensation, it is easier to drink and have a relaxing night out. For snacks, we tried their baked meatballs. To die for are the chicken meatballs in the cheese-mushroom gravy. It’s fair to argue that it’s among their greatest offerings.

We also had their Patatas bravas, which are potatoes topped with a secret smoked veggie sauce, onions, and chicken chorizo sausages. Additionally, they provide mint lamb nibbles, beef tataki, mutton varuval, sweet potato fries, and sliders with sambal prawns. The cost of each dish ranges from RM22 to RM42.

“Be prepared to face several challenges,” is Ben’s advice to anybody thinking about starting a food and beverage business.

“It takes a great deal of time and effort. The F&B industry is unpredictable, and you will have ups and downs. But always push through and never give up.”

Benang is a great place to go to have a great night out with friends that would definitely add that spark to your nightlife. During Happy Hours from 5pm to 9pm, customers can purchase a specialty drink and beer and receive a second one for free. Every Thursday from 9pm to midnight is Ladies Night where women can get complimentary drinks.

Check out their upcoming events if you’re thinking about stopping by: An Evening at Santa’s Tailor Shop - Christmas Party on Dec 24 and Benang’s New Year’s Carnival on Dec 31.

Here’s a hint: To find this speakeasy in Plaza Damansara, you will need to go through the back alley behind Huckleberry Food & Fare. Best of luck!