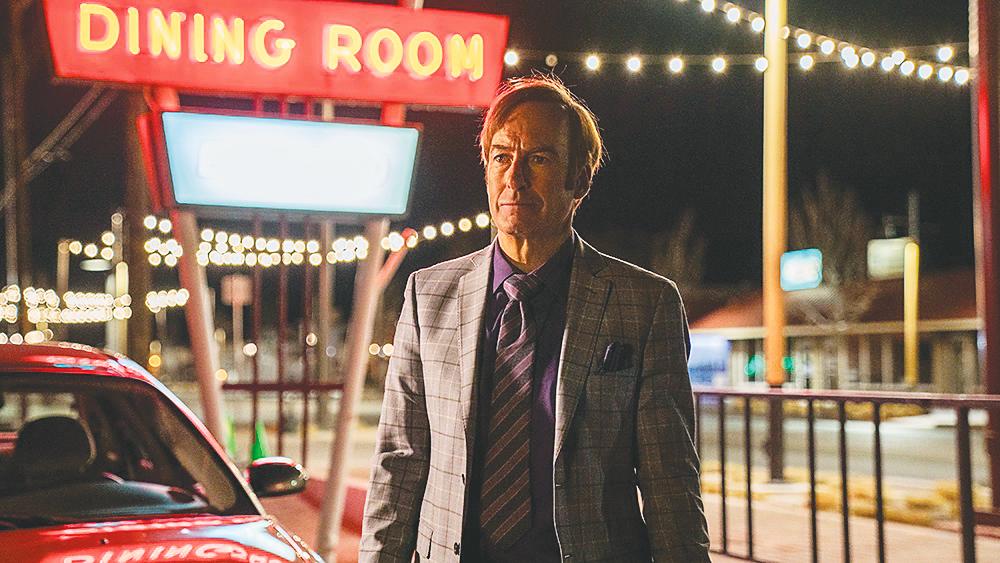 Saul Goodman’s origins and future is wrapped up in the series finale. – ALL PIX BY AMC

WHEN Breaking Bad ended its five-season run in 2013, there was a definite sense of closure.

The story of Walter White, the high school teacher turned meth cook turned meth crime lord, came to a close, along with all the characters and story arcs that the show introduced along the way.

Audiences and critics wept and applauded, as show creator Vince Gilligan closed the curtains on Breaking Bad, except it wasn’t the end.

Realising he could expand on the rich world further, Better Call Saul was confirmed several months before the second-half of Breaking Bad’s final season aired.

The new show would be focused on one of Breaking Bad’s most popular characters, the slimy lawyer Saul Goodman, played by Bob Odenkirk.

A spinoff, prequel and sequel of its predecessor, Better Call Saul aired from 2015, and ended with its sixth season last month.

In the eighth episode of Breaking Bad’s second season, “Better Call Saul”, Goodman is introduced, and he names two random people – Lalo and Ignacio – who have never appeared in Breaking Bad.

From that unassuming throwaway line that meant nothing at the time, Gilligan and Peter Gould – who wrote the aforementioned episode – would create two new major characters for Better Call Saul whose actions and lives would shape the events of Breaking Bad.

The writing for the show’s previous five seasons were nothing but sheer brilliance, and its final season is the coup de grace.

On the not-lawyer side of the show, the road Nacho Varga (Michael Mando) took under the Salamanca family of drug enforcers reaches its end (and Mando gets a scene-stealing sendoff monologue), while Lalo Salamanca’s (Tony Dalton) fixation on Gus Fring (Giancarlo Esposito) puts him in the path of Fring’s enforcer, Mike Ehrmantraut (Jonathan Banks).

Everything comes together and culminates in decisive explosions that brings not only the show to a closure, but sets up (or, answers) what viewers already knew from Breaking Bad.

A testament of primetime television

At the start of the series, Gilligan and Gould supposedly conceived the show to be a dark comedy about lawyers and petty criminals.

Who knew that it would instead turn into something as titanic as it has become, that it would address mortal themes, not black and white but greyer than those in Breaking Bad?

After the theatrical lawyer arcs and the tension-fueled cartel arcs were wrapped up in the ninth episode, aptly titled “Fun and Games”, Better Call Saul morphs into an entirely different beast for its final four episodes; “Nippy”, “Breaking Bad”, “Waterworks” and “Saul Gone”.

The series, adopting a black-and-white colour grading, is brought to the present, where Saul Goodman has gone into hiding, adopting the identity of Gene Takavic, a Cinnabon store manager.

For Takavic, there is no running away from his past, and the episodes make it clear until right before the end, that Takavic would need to atone for what he has done, or suffer the same consequences as Walter White.

As Odenkirk and Seehorn play different versions of their characters – due to the passage of time and life experiences – the show completes its transformation as its two lead characters gain self-awareness in their final leg of character development. Odenkirk gives a career-high performance in the episode “Saul Gone”, while Seehorn displays precisely why she is an underrated actress in “Waterworks”.

The final moments between the couple, just as fleeting for Odenkirk’s McGill and Seehorn’s Wexler as they are for the fans and viewers, are both heartbreaking and melancholic.

But what is more heartbreaking, is how the show still hasn’t won a single Emmy Award despite being nominated 46 times.