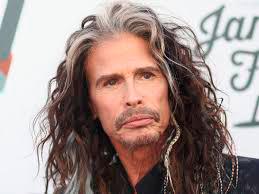 Aerosmith’s September 2022 concerts would go on as scheduled. – ROCK CELEBRITIES

ROCK band Aerosmith was forced to cancel shows in June and July for its Deuces Are Wild tour due to a relapse by lead vocalist Steven Tyler.

On Tuesday, the band announced that the vocalist had voluntarily gone into a rehab facility following foot surgery.

The band's official statement said: “As many of you know, our beloved brother Steven has worked on his sobriety for many years. After foot surgery to prepare for the stage and the necessity of pain management during the process, he has recently relapsed and voluntarily entered a treatment programme to concentrate on his health and recovery.”

In response to that news, Tyler has been supported by fans and friends. Social media users rushed to the comment section to wish Tyler well and hope for his speedy recovery.

Tyler's long-time pal R. J. Holguin told the media that he has “a strong support system” and that he would get through this, and that everyone is proud of his decision to get help.

Tyler has been open about his previous battles with substance abuse, which caused issues with his bandmates, telling Haute Living in a previous interview that there came a point in 1988 where management and the band pulled an intervention on him.

He said: “They thought, ‘Get the lead singer sober, and all our problems will be over.’

“It took me many years to get over the anger of them sending me to rehab while they went on vacation, but today, because of that moment ... I am grateful and owe a thanks to them for my sobriety.”

Tyler revealed to People magazine in 2009 that he was receiving treatment for pain management and an addiction to prescription painkillers as a result of 10 years of performance injuries. Tyler had been sober for nine years as of December 2021, according to IAmSober.com.