ARMYs concerned over lack of Jimin in BTS' group activities 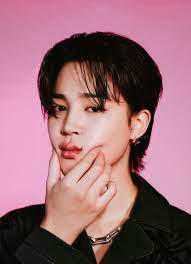 BTS ARMY trends ‘Be Fair to Jimin’ on Twitter. – KOREZIN

PROOF, BTS' anthology album, will be released in June. It's a collection of BTS members' – RM, Jin, Suga, J-Hope, Jimin, Taehyung, and Jungkook – tracklistings over the last nine years, including three new titles. Big Hit aka HYBE has been slowly unveiling the track list for Proof over the last few days, and ARMY was in absolute disbelief over the most recent tracklist reveal.

The anticipation for the release of demo versions of some of their biggest singles is intense. However, fans noticed that most of Jimin’s work has been left off the list. Jimin appears to be represented only by the track Tony Montana. However, that is an Agust D (groupmate Suga’s alter ego) song.

Not just that, Jimin is not even credited for composing his part of the track, at least according to the tracklist. Only Agust D, Pdogg, and Supreme Boi are listed as writers and producers. This, of course, did not sit well with the ARMY, who are the most committed OT7 fans.

One ARMY wrote online: “All BTS members have solo demo versions included in CD3 of Proof. Jimin also has Promise, the most streamed song in Soundcloud and you don’t give recognition, [it] deserves to be in an album!”

Promise was Jimin’s first solo single, and it broke a record previously held by rapper Drake for most streams in the first 24 hours.

BTS ARMY voiced their concerns with Big Hit Entertainment by using the hashtag #BeFairToJimin. BTS fans believe that several acts taken by the agency have resulted in his ‘neglect’. The ARMY also believes Jimin deserves better treatment for his accomplishments.

Jimin recently released his first original soundtrack (OST). The singer teamed with former Wanna One member Ha Sung-woon on the song With You, which was released as part of the soundtrack for the Netflix K-drama Our Blues. Fans were upset that his OST had not been advertised as a duet and that the release date was placed at an unsuitable time, placing it at a significant disadvantage in terms of charting.

There are also several other reasons behind the rising Twitter hashtag #BeFairToJimin. Fans recalled how they only discovered Jimin composed the melody for Blood, Sweat, and Tears after Jin revealed it. ARMY also mentioned how he wanted to perform Filter during their concerts but was not permitted.

Jimin and HYBE have yet to respond to the situation.