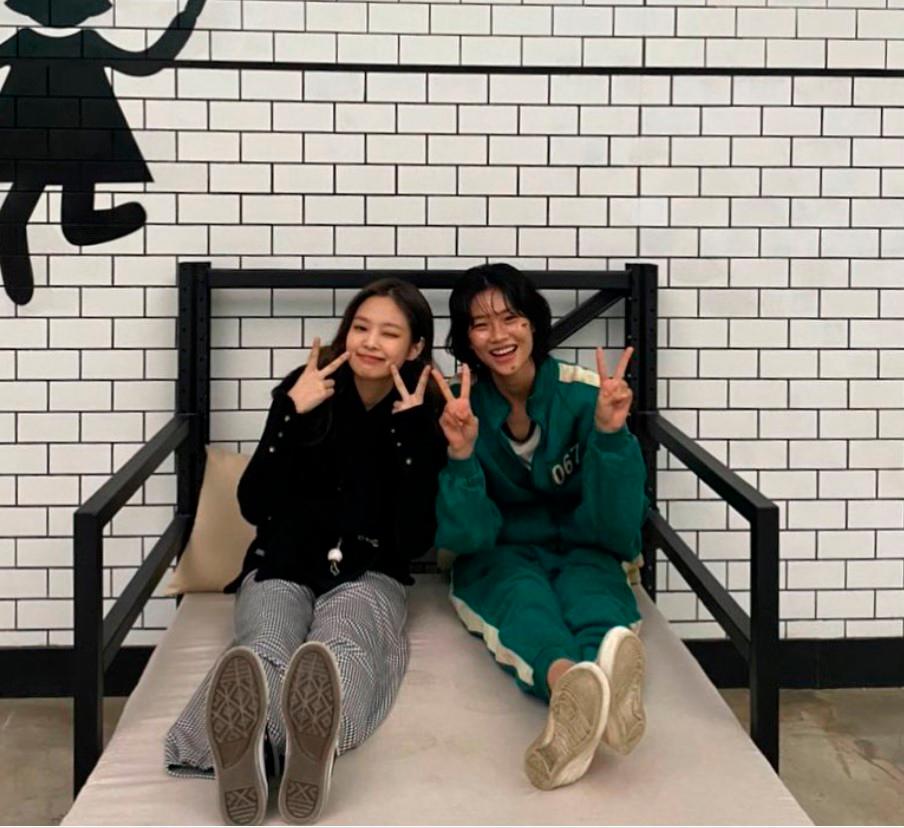 BESTIE’S alert – a surprising friendship has unveiled itself! And that is none other than BLACKPINK’s Jennie’s adorable close friendship with Jung Ho Yeon.

In an Instagram post by the Squid Game actress on Sunday, the pair can be seen smiling at the set of Netflix’s original series, Squid Game. The post has garnered over three million likes since its posting.

Apart from Jennie’s visit, it has also been revealed that the BLACKPINK singer sent a coffee truck to the set to show her support for her bestie.

Though this friendship comes as a surprise to many, the pair do actually go way back! In fact, the duo has been expressing their love and support for each other since 2019.

For instance, Jennie regularly greets Ho Yeon on her birthday via her IG stories, and Ho Yeon reposts them with her replies.

Another instance is the time when Jennie shared a photo of them hanging out on her day off during the band US tour in 2019.

For those who have not seen the show, Squid Game tells the story of 456 individuals who participates in a mysterious survival game to win. The players are tasked to compete daily in traditional children’s games with deadly twists.

Ho Yeon plays No. 67 Kang Sae Byeok, a North Korean defector who enters the game with the intention of saving her parents and brother.

Squid Game marks Ho Yeon’s debut as an actress. Before the role, she was a fashion model who got her break after appearing in Korea’s Next Top Model in 2014.

Ho Yeon achieved great success as a model, modelling for big brands and appearing regularly on many fashion catwalks. But she eventually left the industry and turned to acting. And as the saying goes – the rest is history 2.Miti bags RM13b in FDI via investment mission to Singapore