Book review: You’re In, Not Out 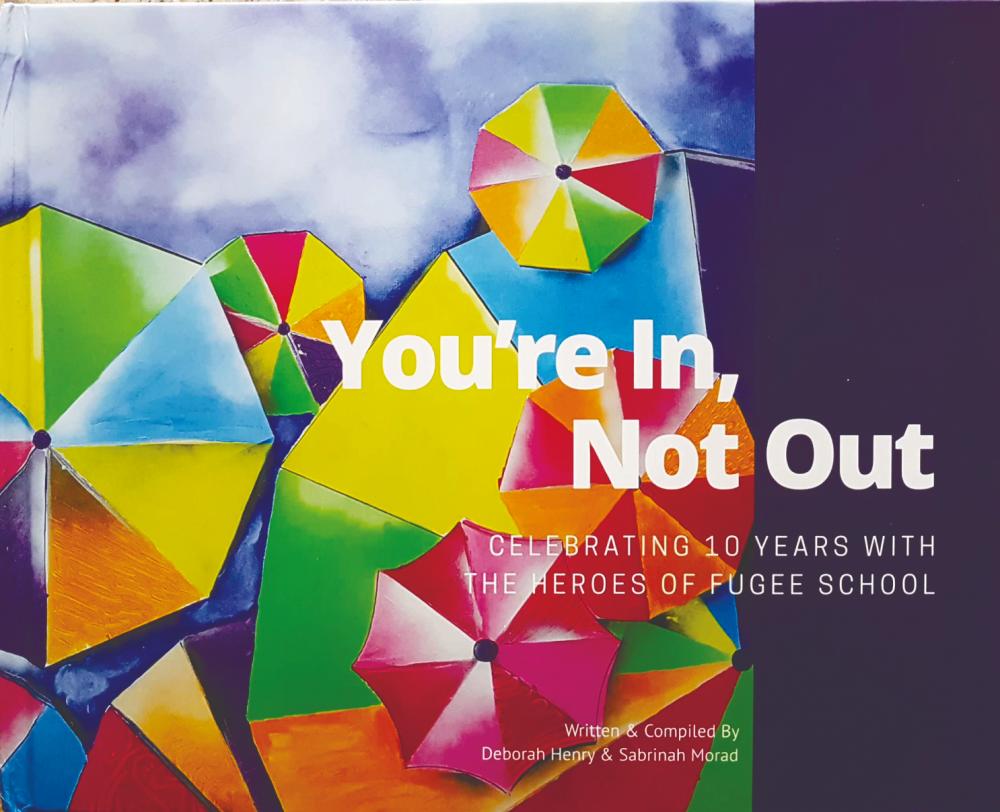 CELEBRATING the 10th anniversary of the Fugee school and the people behind it, this coffee table book is simple in terms of content but packs a punch emotionally.

Essentially, this carefully put together book gives us a peek into the lives of refugee children who are given an education at this school, as well as a foundation for them to move on to better things.

What we take for granted is appreciated by these children who would have fallen between the cracks if it wasn’t for this school, its dedicated teachers and their partners who have helped support its many activites over the years. Through photos, visual art and short essays, you will learn more about these children and the joy they find in simple things.

Founded by former Miss Malaysia World and Universe Deborah Henry and Shikeen Halibullah in 2008, Fugee expanded from a small apartment unit to a double storey office space in 2015. By 2019, Fugee had educated over 500 refugee students, some who have even been offered scholarships to study at university level.

Aside from a message from the authors and a foreword written by Tun Dr Siti Hasmah Mohamad Ali, this book is actually about the children. What makes it all the more meaningful is that we get to hear the voices of those we seldom hear.

For example, in the chapter ‘Childhood Memories’, one child recalls a song her mother sang to her. Some children provided recipes, some wrote short essays, while others contributed drawings.

You may not know them personally, but you will end up relating to these children on some level.

Profits from the sale of the book will go directly to Fugee to fund the organisation and the children. You can order it online at www.fugeelah.com. 1.Anwar, four reps get leave to appeal on Muhyiddin’s advice to suspend Parliament