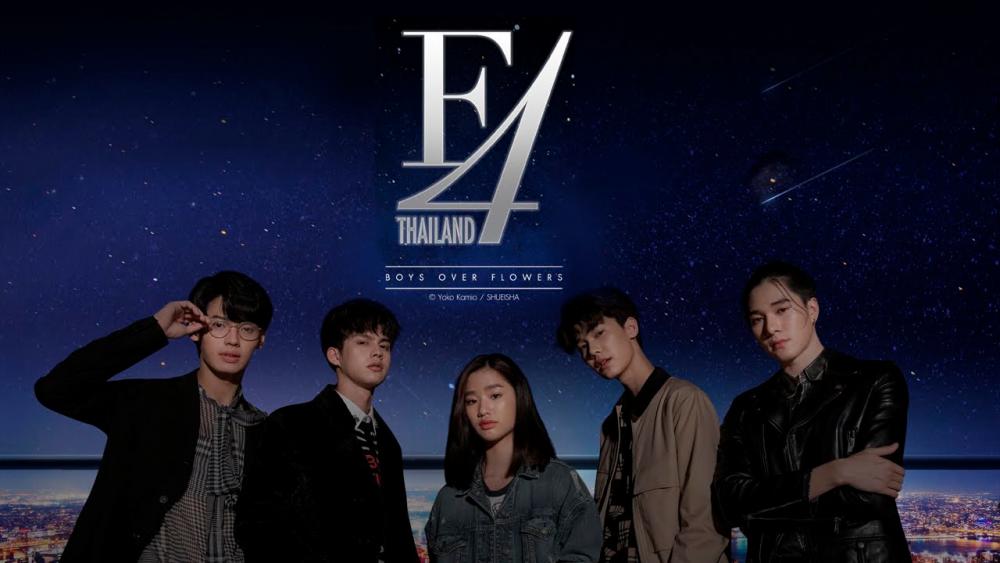 The cast of F4 Thailand: Boys Over Flowers, the Thai adaptation of the popular Japanese manga. – GMMTV

THE legendary romantic comedy Boys Over Flowers is coming back to our screens, this time through a brand new Thai adaptation. This will be the fourth and latest remake of the critically-acclaimed shoujo manga series Hana Yori Dango by Yoko Kamio, which was first published in 1992.

The story was first adapted into the Taiwanese TV series Meteor Garden in 2001, and became a regional phenomenon, sparking off adaptations in Japan and South Korea.

There were two Japanese adaptations (Hana Yori Dango and HanaYori Dango Returns) in 2005 and 2007, followed by a South_Korean adaptation titled Boys Over Flowers, which became a worldwide hit.

A mainland Chinese remake, Meteor Garden, aired in in 2018 revived interest in the series, which culminates in this latest Thai production, titled F4 Thailand: Boys Over Flowers. This will be the first Southeast Asian adaptation of the manga. The new series released its first episode on Dec 18, 2021.

F4 Thailand’s story follows Gorya, a low-income girl who managed to enroll at an ultra-elite school through a scholarship. The girl doesn’t think she belongs at the school but her family convinces her to seize the opportunity, despite having to deal with the high cost of her uniform and books on their low income. However, she lives a miserable life at school due to her family background.

Gorya also meets the ‘idol quality’ F4 clique, a popular group of wealthy and good-looking boys. They begin to bully her, but start to respect her once she stands up to them. However, Gorya gets caught up in a vortex of chaos when she begins to fall for two of the F4 boys.

F4 Thailand takes a more serious approach by exploring the social issues of bullying rather than focusing on the rom-com elements. For younger teens beginning to explore complex relationship dynamics, the series may send mixed messages about dating and romance.

Bright and Win already have a large international fanbase, thanks to their hit drama series 2gether, a popular BL (boy love) drama. This series is already expected to become wildly popular among fans thanks to its stars and and for being part of a popular pop culture franchise.

At the same time, viewers who have already seen the first few episodes have pointed out the lack of aura and ‘swag’ of its stars compared to actors in previous versions. However, this might be due to the young cast still getting into their roles, or having been as to tone down their performances to make them different from previous versions, in order to present a new image for the F4 team. As viewers are very interested in this series, I hope to see new elements in the plot and uniqueness of this F4 gang compared to other versions.

With a bit of romance and comedy, F4 Thailand might well be your next Asian drama obsession. Do not miss out!