DOLLA speaks to theSun about appearing on a New York Times Square billboard and their latest single, Berani 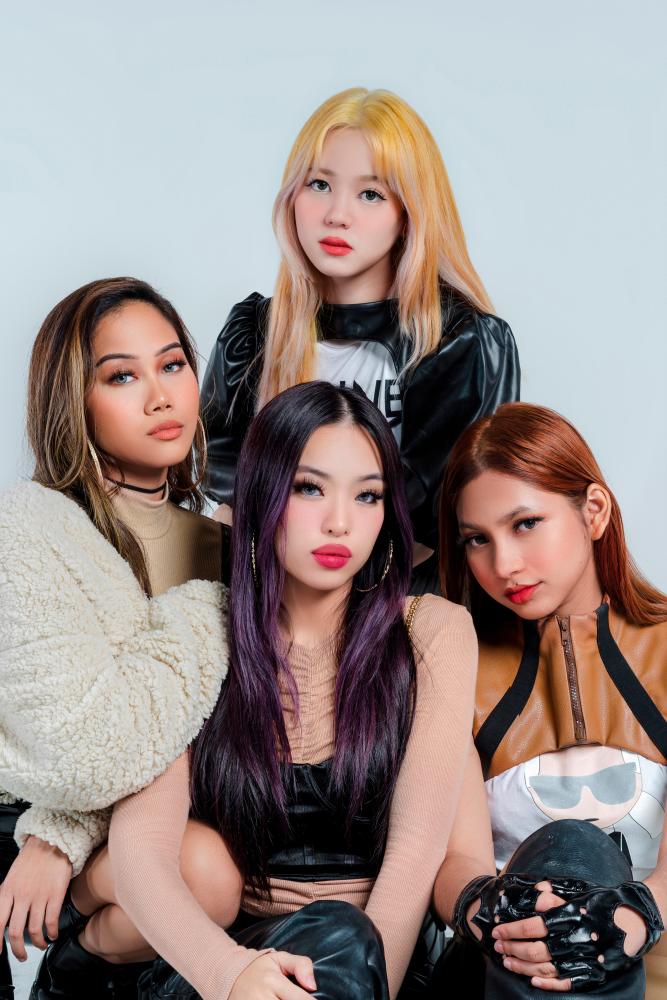 IT is not every day that you get to appear on a major international advertising platform. But for local girl group DOLLA, this dream came true.

The quartet, that consists of Tabby, Sabronzo, Angel and Syasya, is only the third Malaysian musical act to achieve this milestone. The impressive achievement comes after a series of successful efforts for the group. In fact, DOLLA has been enjoying widespread mainstream success despite only debuting last year.

Their second single Impikan reached over a million views on YouTube in less than two weeks. The track even gained strong media traction internationally, in the SEA region and Korea. In addition, the group was also invited to contribute to the Philippines ABS-CBN collaboration track, Heal.

The honour was a collaborative effort with 13 other female artistes across the region. In an exclusive interview with theSun, the talented ladies reflect upon the group’s massive success and their new comeback single, Berani.

How did you react when you first heard the good news?

Tabby: When we first heard the news, it was really touching. We heard the news from our manager and of course, seeing our faces on New York Times Square was shocking. Let just say I was eating and the food almost came out of my mouth. We have to really thank Spotify and our team for getting us this opportunity.

Sabronzo: We all got to know about the news at the same time. And whatever we were doing, we stopped in our tracks because it was such a surreal thing. We were definitely not expecting for it to happen, especially something as large as this so early in our careers. So, we were pleasantly surprised and grateful.

Why do you think your music has greatly touched both national and international audiences?

Tabby: I think because music is general. There is no language barrier to music and we do music that we think is good. And we try our best to make sure that even people outside Malaysia can enjoy Malaysian music. For instance, we also try to get some songs in English out there as well. This is to give our international fans a chance to relate to us as artistes. So, I hope this is why they resonate with our music.

Angel: I think also because a lot of our songs are about positivity. Most of the songs we released spread uplifting messages and are bold, positive statements. So, I think maybe that is one of the reasons people resonate well with our music.

What is the story behind, Berani?

Tabby: Berani is dedicated to our fans. It is kind of like a thank you message to them because they have been with us the whole time. At the same time, it also speaks about our journey as DOLLA. We would not be here without our team and each other.

Sabronzo: It is also for people who are looking to overcome challenges in their lives and having the right support system. And I think there is a big message in the song because one of the song highlights is the line – I got my girls. So, that was really emphasising the fact that we have a great support system in DOLLA. And that can be applied to anybody else too.

What influenced your decision to develop an animated music video for the track?

Tabby: We decided on animation because we had some limitations due to MCO. We initially wanted to release it back in June but unfortunately, we did not manage to record a music video by that time. So, we decided on that animation video instead of a shoot because we did not want to risk a big set with 100 people.

Sabronzo: Besides the practicality of it, we decided on animation because it resonated well with the vibe of the song. Since we could not shoot physically, the next best thing was definitely animation. And our animation team killed it as they definitely brought our vision for the song to life.

Angel: I also think an animation video is something fresh because people are used to seeing faces and a lot of visuals in music videos. They are not used to seeing animation. Since they are new and trending, we decided to hop on the trend. And it turned out great! So, we have no regrets and hopefully, we will be able to make more animation videos in the future.

Do you have any advice for upcoming local acts?

Sabronzo: Keep working on your craft and never stop believing in yourself and your potential. And do not listen to anyone who tells you otherwise. This is because honestly, you are able to reach the goals you set for yourself. So, keep going!

Tabby: Do not lower your expectations of yourself. When you get into the industry, make sure you are strong and expect that it is going to be hard. It is not going to be easy and glamorous all the time. So, work and practise hard and you will be successful.

What does the song Berani mean to you?: Berani is my motivation.

What does the song Berani mean to you?: Berani means stepping out of your comfort zone to grow and improve.

Favorite Quote: “No one is you and that is your power.”

What does the song Berani mean to you?: It’s for the lonely girls, a lonely girl anthem.

Favourite Food: Everything except durian.

What does the song Berani mean to you?: It’s a special gift from dolla to iDolla, a message to everyone to always remember that they are not alone.

Favorite Quote: “If an ordinary girl like me can do it, you can do it too.”