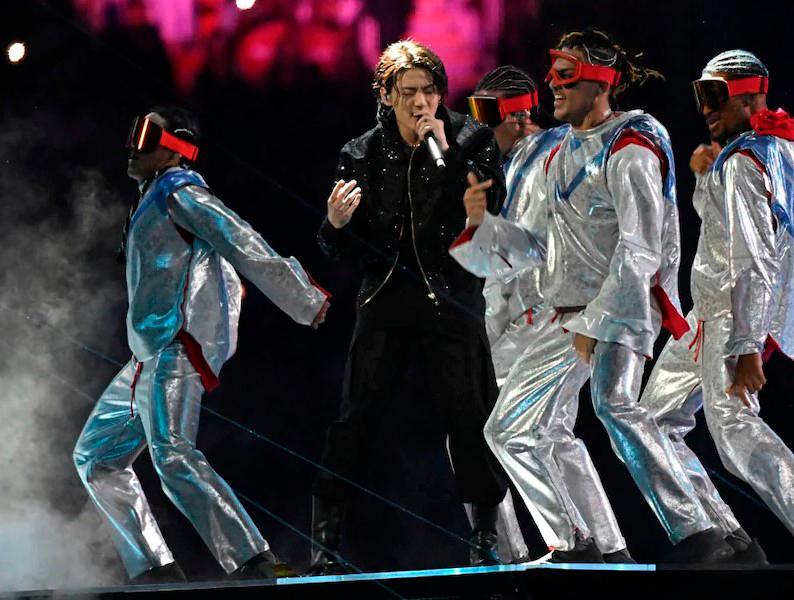 Jungkook performing at the World Cup opening in Qatar. – AFP

It achieved the highest debut for a FIFA World Cup song and broke the record for the biggest first day streams on Spotify Global for a solo song by a K-Pop solo act, overtaking BLACKPINK’s Lisa’s song, Money.

It has also turned out to be his highest charting song, compared to his previous songs.

On Sunday night, the South Korean singer was joined by Qatari musician Faha Al Kubaisi to deliver a stunning performance with a light show and dancers.

“Look who we are. We are the dreamers.” Jungkook sang the lyrics to a crowded stadium before the football tournament began. “We make it happen because we believe it.”