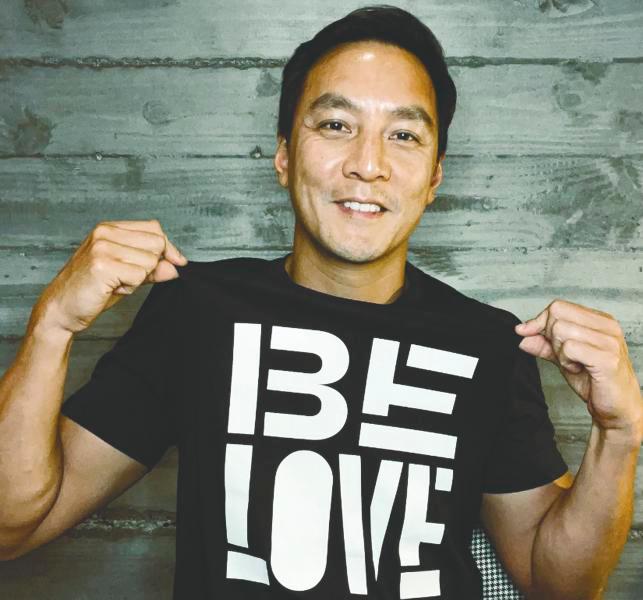 Wu hopes to explore more comedic roles in the near future. – INSTAGRAM

FOR most of his career, Daniel Wu has relatively been known for his work in Hong Kong cinema. Despite his initial inability to speak Cantonese, the Chinese-American actor became one of the biggest stars in the industry during the 90s and early 2000s.

Since then, Wu has starred in over 60 feature films to date, many of which have been box office successes – catapulting him to stardom in Asia. In recent years, however, the martial arts actor has been expanding his reach to Hollywood. First, it was his role in the 2012 martial film, The Man with the Iron Fists.

And then came 2018’s Tomb Raider and 2021’s Reminiscence. And of course, his hit martial arts show, Into the Badlands – where Wu not only played the lead, but was also the executive producer.

Since the series ended in 2019, Wu has appeared in two new projects, one of which is the recent HBO hit series, Westworld.

In it, Wu played Jay, the leader of the human rebel group that aims to topple renegade host Charlotte’s regime. Speaking with theSun, Wu opens up about his experience shooting the series and his character, Jay.

Did you find the script for Season 4 confusing?

“No, actually because I’ve been following the show from season one. I was a fan of the show, to begin with even before I met (series co-creator) Lisa Joy. In fact, I had auditioned for season one and I didn’t get the part.

“But then subsequently right after that, I got Into the Badlands. So, I couldn’t have done it anyway. But yeah, I am a huge fan of the show. I loved the themes that they were exploring – the idea of artificial intelligence and what that means to our society.

“So, when I read the script, I was really excited because I could see what was happening. And what they were trying to do thematically.”

Speaking of Lisa Joy, how did she describe the role to you?

“I first met Lisa on the set of Reminiscence. She was a fan of my work before. We just had such a great time working on that film together. I was also just in awe of an Asian-American female director with so much intelligence, and power and just leading that set.

“And then she texted me in between Reminiscence and season four, and she goes ‘Hey, do you wanna be in Westworld?” I said, hell yeah, I love to be in Westworld. I love that show. And so that’s kind of how that relationship came on.

“And so, she just told me, I have this interesting role – he’s a leader of a rebel group of humans who is not susceptible to control of the host. And since she was one of the directors I greatly admire, I was willing to do whatever she wanted me to do. So, it was an easy yes.”

Considering you played both a host and a human in the show, which role did you enjoy playing more?

“Hmm. I don’t know, actually, the hosts are interesting, and I think they’re cool. They’re so human but then there are elements of them that are not. So, it’s interesting to play that and to sort of pick out what kind of humanity you wanna ingest with and what you don’t, that was fun.

“Playing a human in this season is fun as well. This is because there are so few humans that have control over their lives, like Jay who is an outlier. He was one of the few characters that weren’t controlled by the sound waves. So, he was an interesting character to play.”

How do you then show the different sides to your character without being too broad or obvious to viewers?

“I think for me it’s a little less deep because I’ve not been part of the show for multiple seasons. And so, for me, it was really about playing this change from a human to a host in that and showing that difference.

“As compared to the other actors who had gone through various transformations over the course of the seasons. So, for me, if I do have a season five, I think that what I’m most excited about is Jay being a host.

“So, what is he gonna retain from his past? And how different is he gonna be in the future? So, essentially, I would hope to delve more into those nuances of actually being a host and what that means.”

Do you think you would survive in Westworld if it were to exist?

“Oh, I don’t know about that. I don’t think I would because what they have to do to survive – like to cloak themselves and hide has so many layers to it. And it is really difficult and I also have a really bad memory.

“Like I sometimes forget to do simple things like turning the lights off. So, I might forget to do one thing and then the drone hosts are on me and I’m dead.”