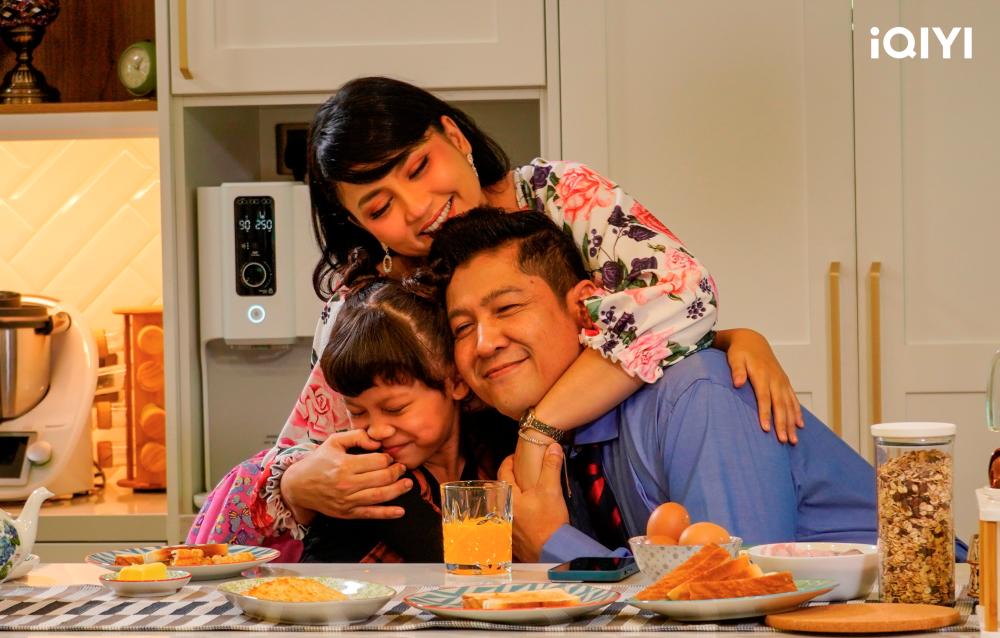 Rampas Cintaku has a dramatic and intriguing storyline which transcends the realities of imperfect lives. – IQIYI

IQIYI, together with Grab, has announced the upcoming release of their local original production Rampas Cintaku on Sept 23.

The original series is said to be one of the most realistic Malaysian dramas developed for a mature audience, as it portrays the truths of love and marriage that are rarely spoken.

Rampas Cintaku tells the story of Rizal, a young man who is desperate to free himself from the burden of debt, poverty, and harassment from loan sharks. He risks it all and moves to Kuala Lumpur to work in a nightclub for better wages.

He meets the seductive and wealthy businesswoman Datin Safieya who promises him a life of luxury should he agree to be her sweetheart, despite being married to Dato Jefri.

Desperate to clear off his family debt, he accepts her offer, but eventually falls for her against his better judgement.

Fasha Sandha is the centre of Rampas Cintaku as she takes on the role of Datin Safieya, a wealthy businesswoman who battles between her own desires and family values.

Portraying this controversial character will prove a new challenge for the actress, in contrast to the other roles she has acted in thus far.

Starring alongside Fasha is rising star Afieq Shazwan, who is known for his cute boyish looks and toned physique.

He lends a relatable air to Rizal, who meets Datin Safieya in several fateful encounters before establishing their mutually beneficial but dangerous relationship.

With its twisty plot and compelling characters, Rampas Cintaku is sure to make audiences wonder what will happen next.

iQIYI Country Manager for Malaysia, Singapore and Brunei, Dinesh Ratnam said: “Rampas Cintaku has a provocative storyline that explores some of life’s unspoken realities, including topics that most will avoid.

“We appreciate the shared vision of MIG Production in producing this series that challenges the conventions of story-telling.

“We hope that Rampas Cintaku will open doors to more local productions with compelling topics, sparking conversations among viewers and putting Malaysia on the map for its quality content.”

Speaking on the daring concept of Rampas Cintaku, David Teo, CEO of MIG Production and producer of the series said: “Having been in the industry for over 20 years, we are always challenging ourselves to create quality content that intrigues viewers.

“Rampas Cintaku tackles topics that not many are bold enough to touch on and we are excited to see the discussions it will create in our society.

“As we stand by our tagline Bukan Janji Tapi Pasti, (not a promise but a surety), we are confident that the audience will be hooked on Rampas Cintaku’s mature and thought-provoking storyline.”