Symptoms of inferiority complex go beyond occasional bouts of low self-esteem or worries about your abilities; they are persistent 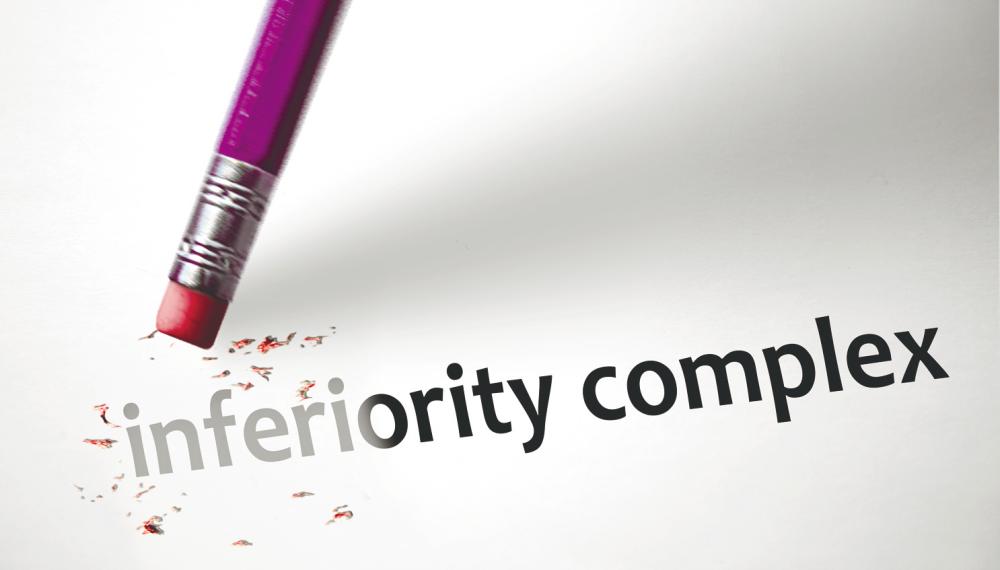 THERE are a multitude of mental health disorders that range from mellow to crippling. Some are diagnosable, and some aren’t, and those that are part of the latter can appear to be harmless, but have long lasting effects that very well shape the identity and behaviour of a person.

One in particular is called “inferiority complex”, and it is often confused with a person comparing themselves to someone or something else, but there is a difference between the two.

For instance, thinking “Cristiano Ronaldo can play better football than me” isn’t an inferiority complex. In most cases and for many people, it’s a fact based on reality.

A real inferiority complex is a persistent, nagging thought that is self-drilled into a person’s psyche, where they will think along the lines of: “I should be as good as others, but I am not as good as them, and I don’t know why that is”.

It is a sense of inadequacy that is not based on rational thinking, and near impossible for the afflicted person to describe, and if they are able to explain it, the other party will find it hard to understand or accept, because this sense of inadequacy is not rooted in rationality.

Left untreated, an inferiority complex can go unchecked for as long as a person’s entire life due to how those with a deeply embedded negative view of themselves find it impossible to absorb positive information that challenges the person’s own view.

In more extreme cases, it can lead to depression.

This was observed by psychology professors Myriam Mongrain and Edward Sturman in a research that explored the relationship between self-criticism and major depression.

“Part of the reason self-critics are vulnerable to clinical episodes of depression lies in their subjective experience of entrapment and in their negative social comparisons,” the research found.

Just like any psychological condition, a gradually worsening insecurity complex does not just appear overnight; it comes from somewhere.

One study revealed that there is a genetic predisposition that might play a role in those that inherited an oxytocin receptor variation.

The hormone contributes positive emotions, and those that have the variation, often had lower self-esteem and feel less mastery compared to those that inherited a different oxytocin receptor.

This is rare and far in between compared to the next two, which are families and the society at large.

Psychologist James Maddux has claimed that early caregivers have the potential to either exacerbate or soften the impact of whether a child’s genetic tendency toward self-doubt.

In Asia, where parents are observed to be more critical of their children, there is a tendency for the latter to grow up shaped by internalised admonishments that might be carried into adulthood.

Just like the latter, unrealistic standards imposed by society, particularly in the modern world rife of advertisements, beauty paradigms shifted by social media and “influencers” are just as responsible for burgeoning insecurity complexes.

TIPS TO OVERCOME IT

1. Confront the past and painful memories

Words, memories and incidents in the past, as isolated as they may be, are all “seeds” that will lead to the formation of an insecurity complex.

Looking deeper into the past will help you gain a better understanding of your feelings as you get a better grasp of the root cause.

Write what you think you’re good at, and what others have said you’re good at. By better realising what these are, you will slowly learn to edge out what you perceive as bad. Ignorance is not bliss, but what you’re really doing here is prioritising the best parts and conditioning yourself to slowly “peel the veil” of what you see as bad traits.

Those with insecurity complexes are known self-berating or talking down to themselves, because as mentioned earlier, this is an internalised condition that a person repeats to themselves, whether out loud or in their own heads.

Do the reverse. Either stop cold turkey, “ignore” yourself when the negative thoughts begin to invade, or form better lines of communication by cultivating inner thoughts that are positive.

Having said that, there is a caveat to trying to trying to fix the problem by repeating positive self-statements.

In the 2009 research article Positive Self-Statements: Power for Some, Peril for Others, the authors revealed that when statements such as “I’m a lovable” person is uttered repeatedly by someone, neither their feelings about themselves or their moods positively changed.

For some cases, it became worse.

“Repeating positive self-statements may benefit certain people, but backfire for the very people who ‘need’ them the most,” the research found.

For those that prefer something more concentrated and rooted in real-world practice, there is CBT, which has been proven effective in treating depression, anxiety disorder, and other mental illnesses, including insecurity complexes.

Studies have shown that CBT has demonstrated a viability to be as effective as, or more effective than, other forms of psychological therapy or psychiatric medications.