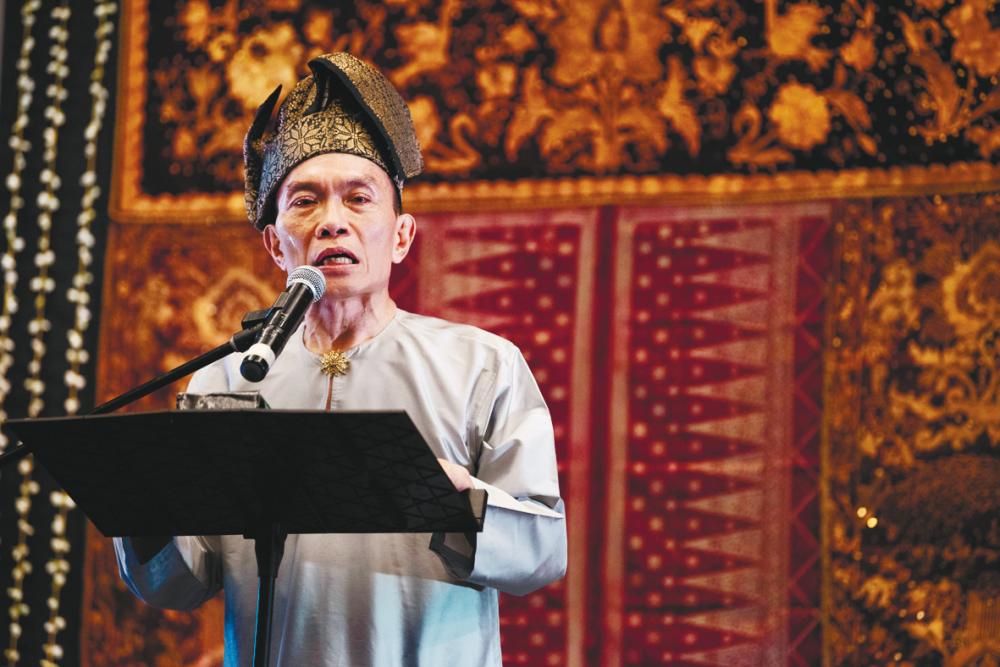 John Ang hopes that Malaysians and international visitors visit the exhibition to learn and be inspired by the collection.

FEATURING different categories from the most complete range of heritage textiles from the Malay world, the Splendours of Malay World Textiles Exhibition is currently ongoing at Menara KEN, TTDI all the way to the end of October.

Owned and curated by Chinese-American art historian and collector John Ang, the exhibition is a result of Ang’s long pursuit of studying and refining his understanding of textiles in the Malay Archipelago, which was also the reason he relocated to Malaysia.

“I first started collecting Malay textiles in 2014 and was immediately enamoured by their beauty and complexity. It sparked my passion and I became an avid collector, travelling all over Asia to acquire pieces to add to my growing collection,” he said.

Ang previously previously spent 28 years as the director of the Samyama gallery in Taiwan where he established himself as an authority on Asian art, publishing a book on Chinese furniture, as well as books on yoga and Asian cuisine.

“This project marks the beginning of a new era in global understanding and appreciation of textiles of the Malay world,” Talbot noted.

“The Malay world in this exhibition spans out further than what we know Malaysia to be. You are able to marvel over how large our world used to be and how we have always been global citizens,” said artist Marini.

The remarks of the latter could plainly be seen on the collected textiles, and textiles of other countries that relate to the Malay world textiles are on display for visitors.

Additionally, the exhibition also shows how unique textiles in the Malay world were shaped and influenced by other cultures, and in turn, did the opposite, such as how ikat loseng by the Malays of Kelantan, Terengganu, Pahang, Pontianak, Sambas and Palembang were at some degree influenced by Central Asian, Middle Eastern and Indian sources.

“Everything is connected, because there are similar patterns. For example, in the Philippines, I see a zig-zag pattern and its the same patterns the Malays call ‘siku keluang’, which means ‘bat’s elbow’,” Ang said on the connection and similarities of the textiles across the archipelago.

The Splendours of Malay World Textiles Exhibition will not only showcase the major techniques of Malay textiles, but also display a wide range of variations within each technique.

Along with the exhibition, workshops, guided tours and dinner showcases will be conducted by Ang during the exhibition’s three-month run.

The exhibition will remain open from now to Oct 30.

For exhibition tickets priced at RM35 and for tour bookings, visit www.johnang.com.my