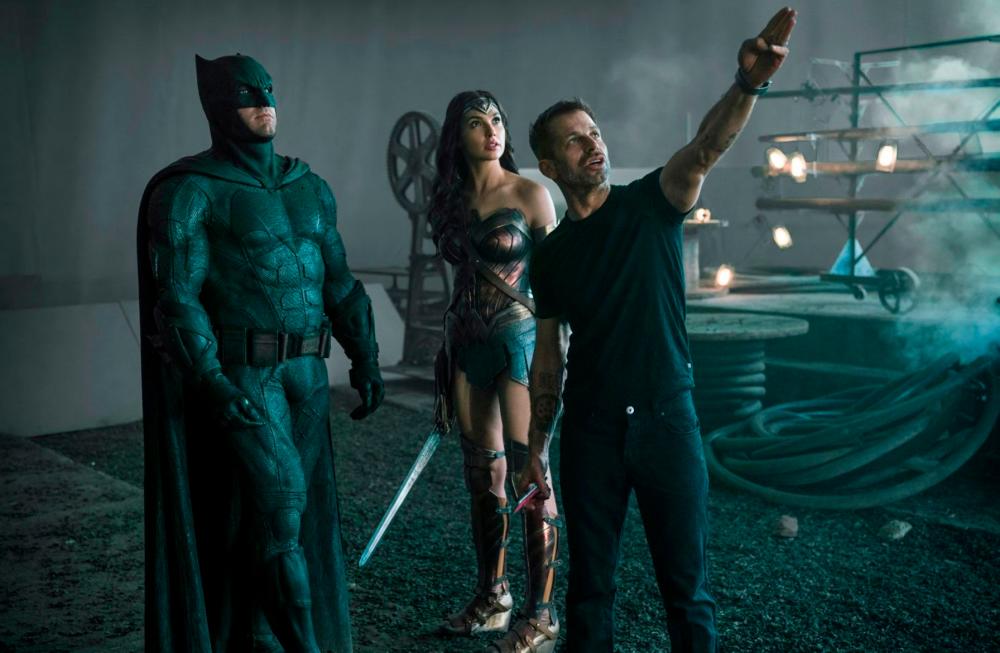 A report by The Wrap claims that two of Zac Snyder’s films, including ‘Justice League’, which he is seen directing here, were rigged to win Academy Awards.

THE 2022 Academy Awards made headlines for an array of reasons this year, and it looks like one of the ceremony's most contentious moments is now being called into question.

A new report from The Wrap alleges that the Oscars’ inaugural “Fan Favourite” and “Cheer Moment” awards – which were awarded to Zack Snyder's Army of the Dead and Zack Snyder's Justice League, respectively – may have fallen victim to rigged voting.

Both awards were chosen via a Twitter poll conducted by The Academy prior to the event, and The Wrap's reporting claims that the polls were rigged by automated online bot accounts voting in favour of Snyder's films.

The report cites two findings from the hashtag analytics tracking tool Tweetbinder, which determined that the most active contributors to both polls were autonomous web programs which seemingly cast thousands of fake votes for both films.

David Kirsch, a University of Maryland professor who is cited in the article, also argues that the activities of the accounts voting for Snyder “certainly do not look like they were generated by a human user.”

Snyder fans are no strangers to showcasing their love for the director on social media, with the HBO Max release of Zack Snyder's Justice League, which brought to life Snyder's intended cut for the film after he stepped away from the original production due to a family tragedy, ultimately coming after a years-long campaign from fans.

Similarly, fans continue to advocate for the restoration of the “SnyderVerse”, which would hypothetically allow for Snyder to make his previously-planned sequels.