A NAMA to remember 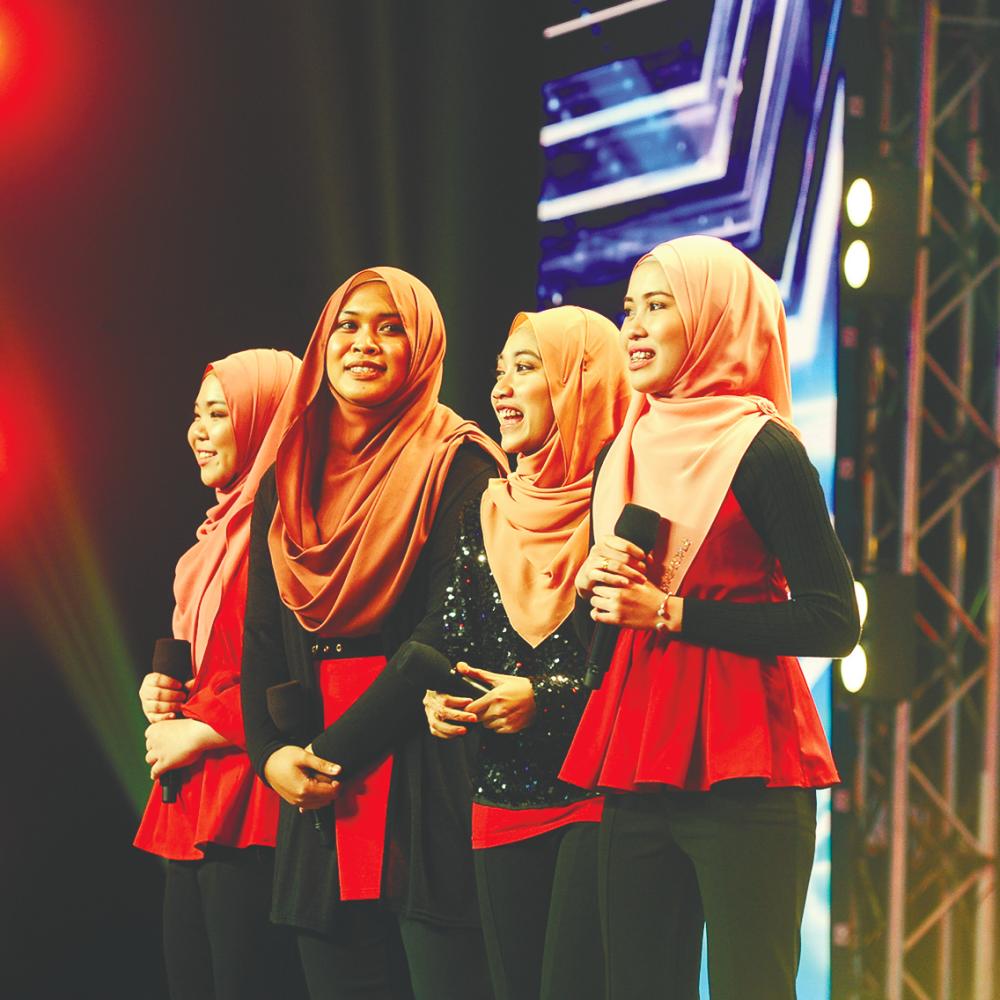 The ladies of NAMA at their first judge’s audition.

THE JUDGES of Asia’s Got Talent have spoken! Malaysian vocal powerhouse group NAMA has won the Judges’ Pick from Anggun, Jay Park and David Foster in yesterday’s semi-final show, earning the group an automatic ticket to the finale of this reality singing competition.

For the girls of NAMA – Fara Dolhadi, Syamimi Mokthar, Fazyra Malik, and Fazrina Ani – this is proof that their talent speaks for itself.

The four met several years ago in Universiti Malaya where Fara, Syamimi, and Fazyra, all 24 years old, were doing their degree in performing arts, while Fazrina, 28, was majoring in environmental studies.

They even competed against each other in university-level singing competitions, singing nasyid songs.

In 2017, record producer Rafiq Infinatz saw their potential as a group, banded them together and became their vocal coach.

Viewers first saw the girls auditioning during the Feb 28 episode where they belted out Lady Gaga’s Bad Romance.

When Anggun asked them to describe themselves, Fazrina said: “We want to prove that [the] talented should not be judged by [their] appearance, but by talent itself.”

However, only Anggun and Park said ‘yes’ while Foster commented: “If I was a marketing person, I would grab you and run with it.

“As a music producer, I think you have the capability [to be] better singers, but it has to be bigger than what I just saw.”

The girls did not waste their second chance to prove themselves during yesterday’s semi-final round, which got them a standing ovation.

They upped their game with a renditon of Sax by Fleur East, and won the Judges’ Pick, an automatic ticket to the finals.

When met before their performance aired, the girls were optimistic about their chances.

Asked about the group’s name, Fazrina said there was no specific story behind it. “We wanted something simple and easy to remember. Now that we are [performing] on the international stage, people from outside Malaysia can easily remember our name.”

Since first appearing on the show, the girls have been getting a lot of attention on social media.

Though they each have their own careers, the girls still make time to rehearse. They mainly perform at corporate events, but after their progress on the show, they plan to record and release a single featuring an original song, and an English album of pop song covers.

“We want to win over Malaysians and also fans outside the country,” Fazrina explained.

For now, the girls, who are also fans of other vocal groups like Pentatonix, are taking the ‘pop and pop ballad’ route for maximum audience penetration.

However, they believe they can impart spiritual messages through their songs.

“We learned to harmonise while singing nasyid. We thought it was a good idea to form this group since we already had the basics,” said Syamimi, referring to their vocal harmonies.

While each has her favourite music genres, the girls work together to ensure their song choices suit their skills as a group.

“We want to find a balance. So it is not only [about] vocal harmonies, but also our solo voices,” Syamimi added.

Asked why they took part in Asia’s Got Talent, Fazrina said they felt that they needed this platform to “put themselves out there”.

The others added that there aren’t any well-known female vocal groups in the local music scene.

Recalling their first audition, Fazrina said: “We did not take [Foster’s criticism] negatively ... when we went for the audition, our intention was to impress [him] because we knew he was a big producer who has worked with very big artistes. If possible, we wanted to meet his expectations.

“When he said no, he gave us some advice. From there, we knew we had to do our best in the semi-finals.”

And they did. Now, they are looking to do the same at the finale next Thursday. I am so sorry: Luqman Hakim With US help, Japan aims to go from player to power in space I am so sorry: Luqman Hakim

With US help, Japan aims to go from player to power in space

2.I am so sorry: Luqman Hakim

3.With US help, Japan aims to go from player to power in space

5.PKR polls: Physical voting to be re-held in eight divisions