Asia’s Got Talent season 3 will premiere on Feb 7 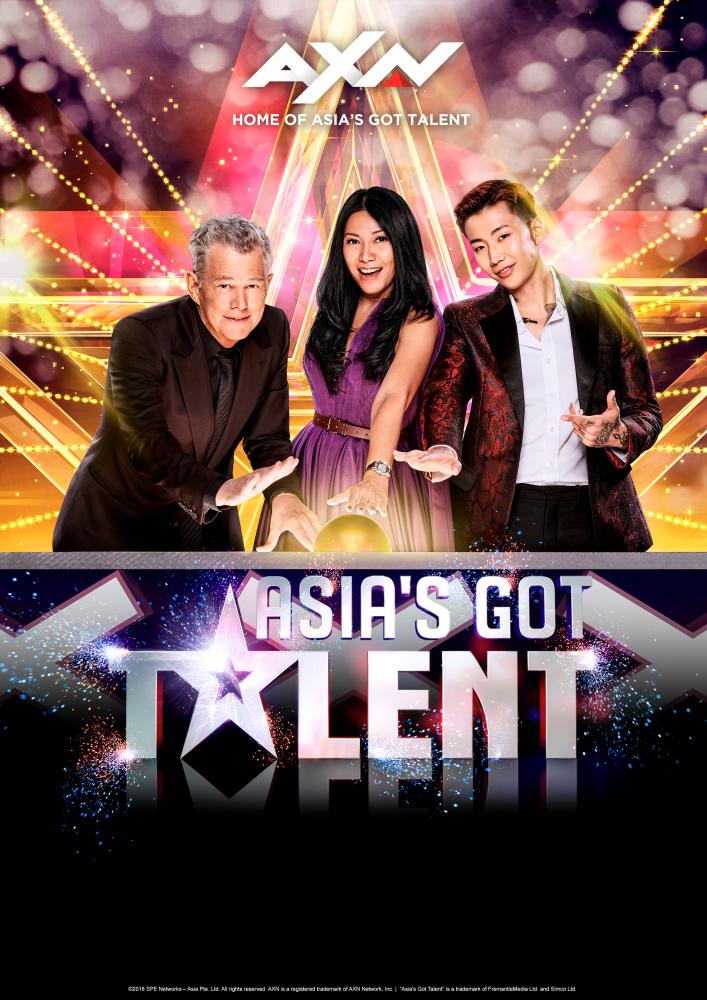 Asia’s Got Talent season 3 will premiere on Feb 7

THE highly anticipated third season of Asia’s Got Talent will premiere on Feb 7 at 8.30pm over on AXN Asia (Astro Channel 701/721).

With talent from 17 countries across Asia, fans of this show can look forward to a wide variety of acts that include dance groups, magicians, singers, comedy acts, musicians and acrobats.

The age of the talents taking part this year ranges from six to 69 years-old.

All of them are competing to win the grand prize of US$100,000 and the opportunity to showcase their talent to millions of viewers across various platforms.

Virginia Lim, Senior Vice President and General Manager of Sony Pictures Television Networks, Asia said, “Asia’s Got Talent continues to be the region’s favorite entertainment reality series on TV and in the social sphere. It provides a powerful platform for aspiring performers to launch their careers, and we’re thrilled that many previous contestants have toured internationally as result of Asia’s Got Talent, including season one winner, El Gamma Penumbra and last season’s winner, The Scared Riana.”

The judges, 16-time Grammy-award winner and music producer David Foster; internationally acclaimed singing sensation Anggun, and multi-platinum recording artist Jay Park, will determine who goes through to the next round in the first five episodes.

However, it’s the audience –the ‘fourth judge’ –who get to vote in the semi-final episodes to determine the ultimate winner.

Hosts Alan Wong and Justin Bratton are also back to offer support for the acts backstage and entertaining the audience with their banter.

<i>Asia’s Got Talent </i>will also delight fans across social media with a series of behind-the-scenes snippets and digital exclusives. AXN has also teamed up with Google to add a Google Assistant Action of the show experience, where fans can playfully interact with the hosts and learn more about the show, the judges and the acts on their mobile devices.

Fans can activate the Google Assistant and simply say “Talk to Asia’s Got Talent” to get the conversation started.

To watch extended highlights of <i>Asia’s Got Talent</i> and exclusive behind-the-scenes footage, fans can subscribe to the official AXN Asia YouTube Channel at www.YouTube.com/AXNAsia.