Banking on a franchise 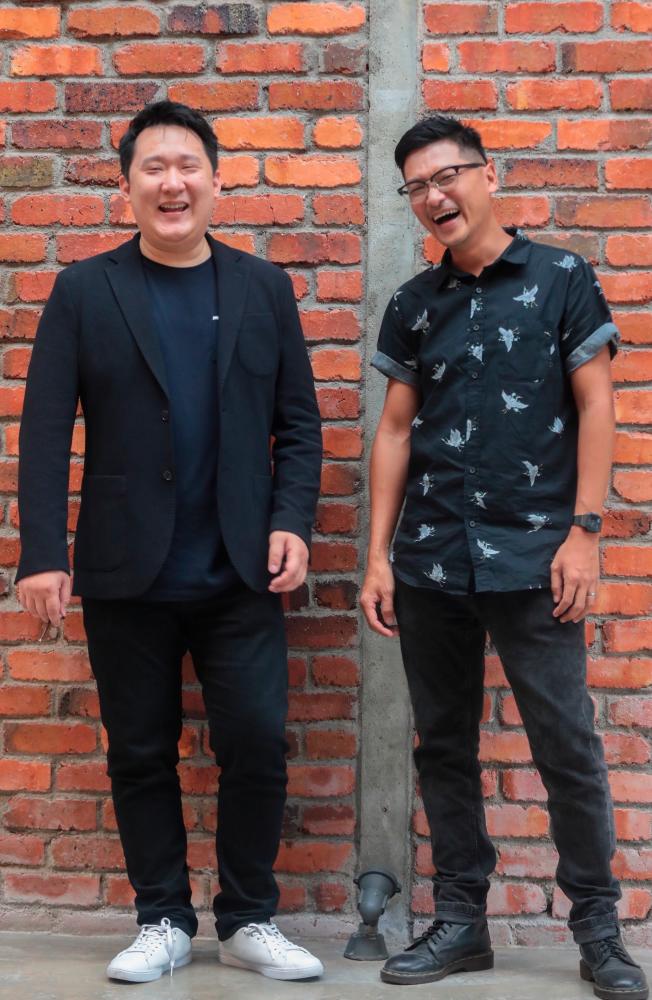 FANS of the 2015 action comedy hit Polis Evo need not wait any longer. The film’s sequel, Polis Evo 2, is premiering at a cinema near them today.

The films’ producer Joel Soh, 31, declares: “We are not only doing a sequel, we have plans to turn Polis Evo into a franchise.”

So it is likely audiences will see more of Inspector Khai (played by Shaheizy Sam) and Inspector Sani (Zizan Razak) solving different crimes in future films.

When Polis Evo – made with a budget of RM2.3 million – was released, it collected nearly RM18 million at the box office, making it the highest-grossing Malaysian film at the time.

The budget for the sequel is triple that amount – at RM7.8 million – and Soh, who has also taken on the role of co-director, certainly hopes that it will pay off.

Polis Evo 2 sees our heroes taking on a group of militant terrorists who have attacked a remote island and taken 200 villagers hostage.

Khai and Sani first arrive at the island in pursuit of a drug lord. Now, they must defeat the terrorists and save the islanders.

Others in the cast include Erra Fazira, Hasnul Rahmat, Sofi Jikan, and Indonesian actress Raline Shah.

Soh says Polis Evo 2 is loosely inspired by a real incident that took place in 2013 where militants from the southern Philippines attacked Lahad Datu in Sabah and claimed the land as theirs.

“I was really impressed with the heroism shown by our Malaysian security forces in this incident,” Soh says. “This film is kind of a tribute to their bravery.”

Polis Evo 2 features a lot of vigorous action scenes. Filming them certainly took a toll on the two male leads.

Shaheizy had to be brought to the hospital when he started feeling dizzy and turned pale after one exhausting scene.

“It was my fault,” says the 36-year-old award-winning actor. “I pushed myself too much in the gym to build up my physique, and I did not consume enough water.”

Zizan also reveals that his character undergoes a lot of emotional trauma, but declined to reveal too much so as not to spoil the audience’s fun.

Ghaz Abu Bakar directed the first film, but for this sequel, Soh is co-directing with Andre Chiew, 37.

Polis Evo 2 is the duo’s first attempt at directing a feature film. Soh has directed short films before but is more active as a film producer and scriptwriter, while Chiew has been directing mostly commercials.

As to why he did not retain Ghaz for the sequel, Soh explains that he wanted the sequel to have a different flavour, in line with their plan to turn the film into a franchise.

“Ghaz gave us his blessing to direct the sequel and there are no hard feelings between us,” Soh adds. “Who knows, Ghaz might be back as a director for [a future] film in the franchise.”

Initially, Chiew was supposed to come in as the first assistant director. But when Soh realised that they shared a lot of common ideas on how the film should shape out, he decided to make Chiew his co-director instead.

“It was great to have another person you can trust with your work, and bounce ideas around,” Soh recalls.

One of the new things they have brought into the sequel is a stronger female presence.

Chiew says former Malaysia beauty queen Erra plays a high-ranking police officer who heads the operation to rescue the islanders, while Raline portrays a tough cop who can take down any bad guy.

“You will see fewer damsels in distress in this film,” he adds.

Soh also reveals plans to screen the sequel in Indonesia.

Initially, there were calls by some quarters urging the public to boycott Polis Evo 2, accusing the film of stereotyping Muslims as terrorists.

Fortunately, the censorship board and the powers that be did not share that sentiment, and reports from those who have seen the film have been very positive. Zendaya opens up about her respectful fans

1.Hadi: Those pushing for English still trapped in colonial mindset