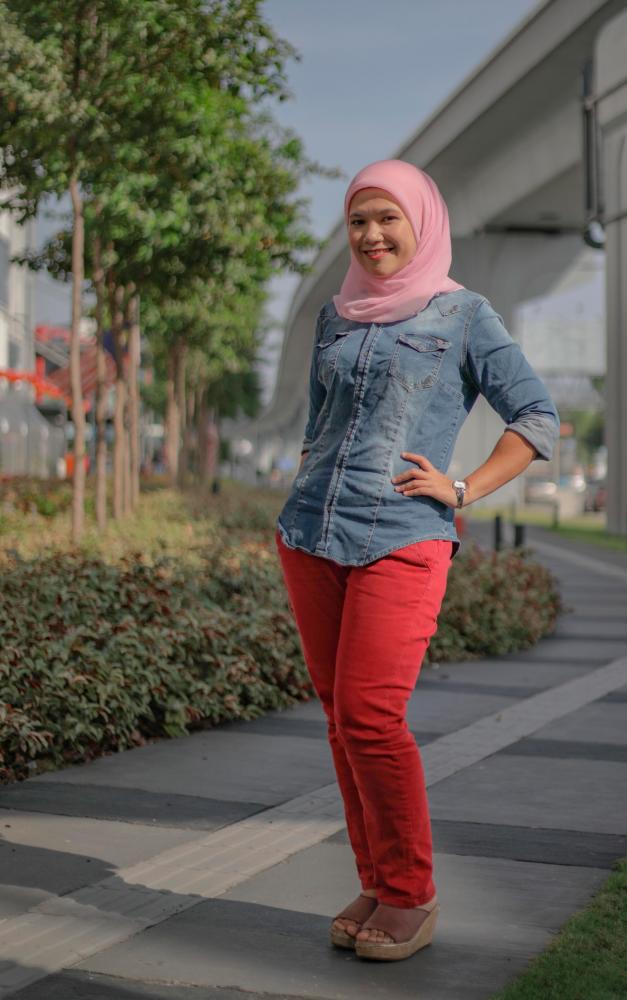 Rasyidah is the first RTM Malay newscaster to read the news in Mandarin. - AMIRUL SYAFIQ/THESUN

RASYIDAH ABU JOHAN is quite the celebrity on social media, and her fame stems from her fluency in speaking Mandarin.

Recounting the first time she went on air on Jan 26, the second day of Chinese New Year, Rasyidah said she was extremely nervous.

“I did not want to disappoint my superiors who have given me the opportunity to read the news in Mandarin and also the audience who were watching me,” said the 32-year-old Penang-born lass.

Judging by her popularity, one can say that she has passed the test with flying colours. What makes Rasyidah’s accomplishment so special is that the audience feel that a Malay newscaster reading the news in Mandarin reflects the spirit of Malaysia’s multiracial landscape.

Rasyidah says she is happy that the Chinese community have accepted her with open arms. “It will be nice, in future, if we can see a Malay newscaster reading the news in Tamil and an Indian newscaster reading the Malay news and vice versa. We are living in a multiracial society and that would be an ideal picture to show on television. There is nothing wrong in mastering a language that is not your own.”

However there has been some criticism of the decision to have a Malay newscaster read the news in Mandarin, with some quarters saying this would result in less job opportunities for Chinese newscasters and journalists who speak in Mandarin.

Rasyidah however believes in being positive, adding that there are plenty of jobs for everyone.

Speaking on what motivated her to learn Mandarin, Rasyidah said when she was six years old, she enrolled for piano lessons, and many of her classmates were Chinese.

To solve the problem, she decided that she wanted to learn to speak in Mandarin and expressed her desire to her mother, who enrolled her in a vernacular Chinese school. Rasyidah says she studied in a Chinese school throughout her primary and secondary school years, right up to form six.

After completing her secondary education, Rasyidah took a degree in Public Relations and joined RTM in 2011 with the hopes of being a producer. She was however assigned to the news section as a journalist and newscaster. In 2014, she was transferred to the Mandarin news section.

“When I was young, I never had the ambition of becoming a journalist. But now that I am in this line, I love the job very much. I love presenting inspiring stories to the public.”

Rasyidah says one of the most inspiring stories she has covered is of two Chinese converts whom she interviewed. “What is touching is that their parents and families did not disown them,” she says.

“They learned to accept them and they even celebrate Chinese New Year together. They made sure all the food served to their children is halal. It was touching to see that love prevails over differences.”

When she is not working, Rasyidah loves to travel. To date she has travelled to more than 10 countries including the United Kingdom (London), Switzerland, Netherlands (Amsterdam), Taiwan, China, Hong Kong and France.

Of her travels, she says Taiwan and Amsterdam are her favourite places.

“I love Taiwan because the crime rate is really low. You can safely roam around the city late at night without worrying about your safety. As for Amsterdam, I loves their Tulip farms. Looking at their farms is like looking at a beautiful painting that will take your breath away.”