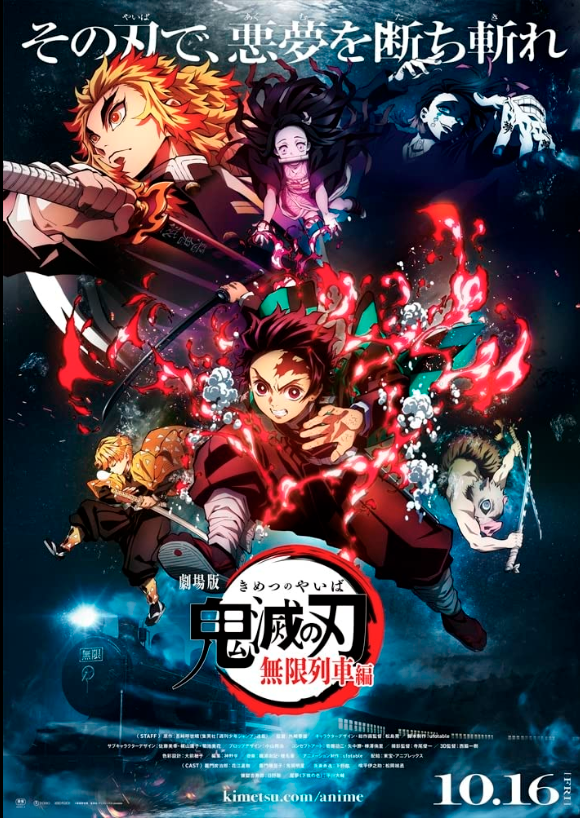 A poster for the movie Demon Slayer

That was the fastest pace for ticket sales in Japan to top 10 billion yen, besting the previous record-holder, Hayao Miyazaki’s 2001 animated film Spirited Away, which took 25 days to reach the milestone.

The animated film, whose full title is Demon Slayer: Kimetsu no Yaiba the Movie - Mugen Train, had already broken the country’s previous record for best three-day opening when it hit cinemas on Oct. 16.

The movie is based on a popular manga, and later a TV series, set in Japan roughly 100 years ago, about a boy who fights human-eating demons. Co-distributor Aniplex said 7.98 million people had seen the film as of Oct 26. - Reuters

1.Tennis-Britain’s Konta pulls out of two events due to groin injury