For the love of Whitney 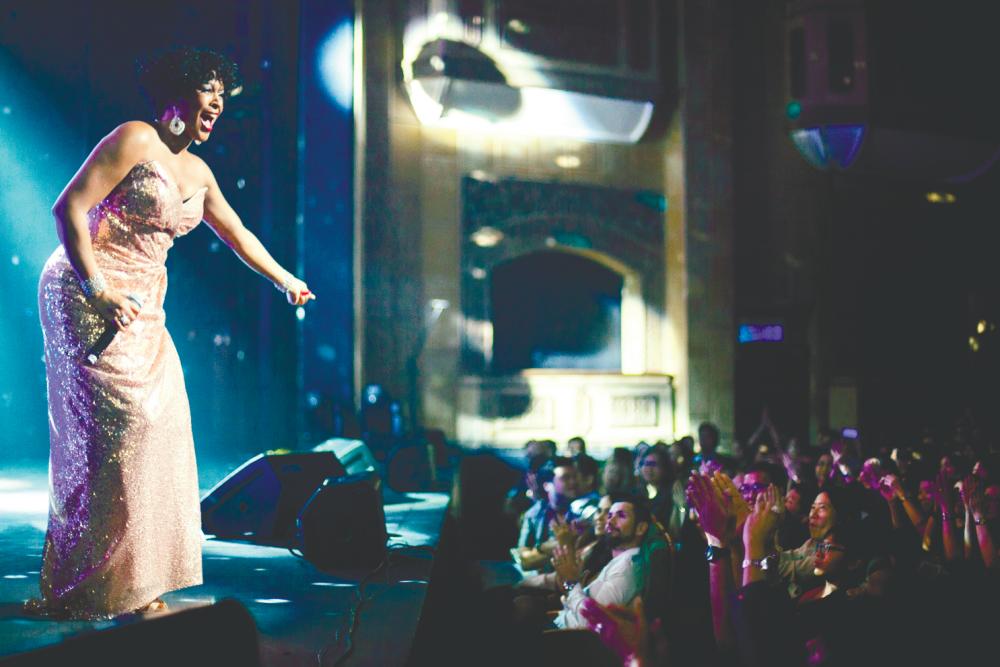 IT WAS all about love at last week’s musical tribute to music icon Whitney Houston, performed eloquently by American artiste Trina Johnson Finn, who brought the glitz and glamour of Las Vegas to Istana Budaya.

The Missouri-native was in Kuala Lumpur for two shows – Remembering Whitney: The Greatest Love of All, with the first night show being a royal charity gala performance.

Presented by Milestone Productions in collaboration with Badan Amal Kasih Sayang (Bakasa), the 90-minute live shows honoured the late singer’s legacy with a journey through several of her certified hits.

From Where Do Broken Hearts Go and Million Dollar Bill, to hits like Greatest Love of All, How Will I Know, and I Wanna Dance with Somebody, each rendition by Finn appeared to be met with fond appreciation by the seasoned crowd.

Local love for Whitney was also expressed by the opening acts.

Malaysian singer Tria Aziz, accompanied by 13-year-old Roy Wong, sang The Greatest Love of All, while 15-year-old Falizstha Sarafina Subahan delivered a rendition of Run to You.

Both Roy and Falizstha won their chance to be in the spotlight through an earlier audition.

For Falizstha, “Whitney Houston’s music was challenging, but it had a lot of soul to it”.

The teen added: “It’s a very surreal experience being here [on stage].”

Meanwhile, Finn herself noted that attempting any Whitney number was “brave”, despite her own impressive vocal chops and effortless command of the stage.

In a nod to it being International Women’s month, Finn said that Houston will always be an inspiration for women everywhere.

To that, Milestone Production managing director Grace Lee added: “Tonight was the perfect way to celebrate all the strong women out there – you are truly the queens of the night!”

Lee also lauded Finn’s remarkable performance and charisma on stage, adding that “she really connected with everyone in the audience and took us on a journey through Whitney’s life”.