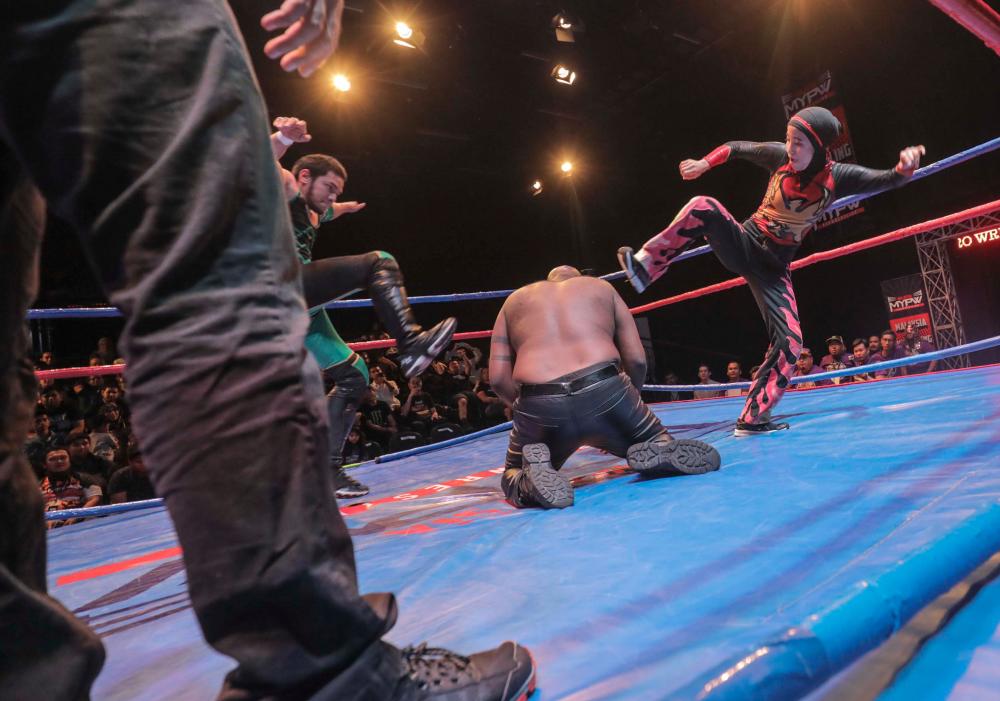 The pro wrestling event was held at Theatre KuAsh, TTDI, on July 6.

She was one of the five participants in a Pentagon Pandemonium match against four other men which includes Shaukat, Cornelius Low, Harry Ray, and the former champion Gotham.

The two dominating forces in the wrestling ring were Shaukat and Gotham who fought with sheer brute strength.

It was speed and cunning that kept Phoenix and Ray in the fight, but Low’s quick thinking and turn of heart during the match made him the crowd favourite.

Phoenix, who is not only the only female in the ring but also the smallest of the five, gave her all.

She was tossed around, but that did not stop her from dishing out the pain in a flurry of spins, hits, and slams.

In the final moments of the match, Shaukat, in a burst of rage, slams Harry Ray to the mat in the middle of the ring.

However, instead of pinning the fallen competitor, Shaukat lets Phoenix pin Harry Ray for the win.

Phoenix recently gained notoriety for taking up professional wrestling, an activity traditionally dominated by men and where women are often depicted in sexy outfits.

Nonetheless, Phoenix is setting the ring on fire while maintaining her modesty.

She is currently one of the only two female wrestlers in the MyPW roster. Master of the mind

3.Master of the mind