In pursuit of his passion

Dinesh Kunasekar has faced a lot of hurdles in pursuing his love for acting, but he isn’t done yet 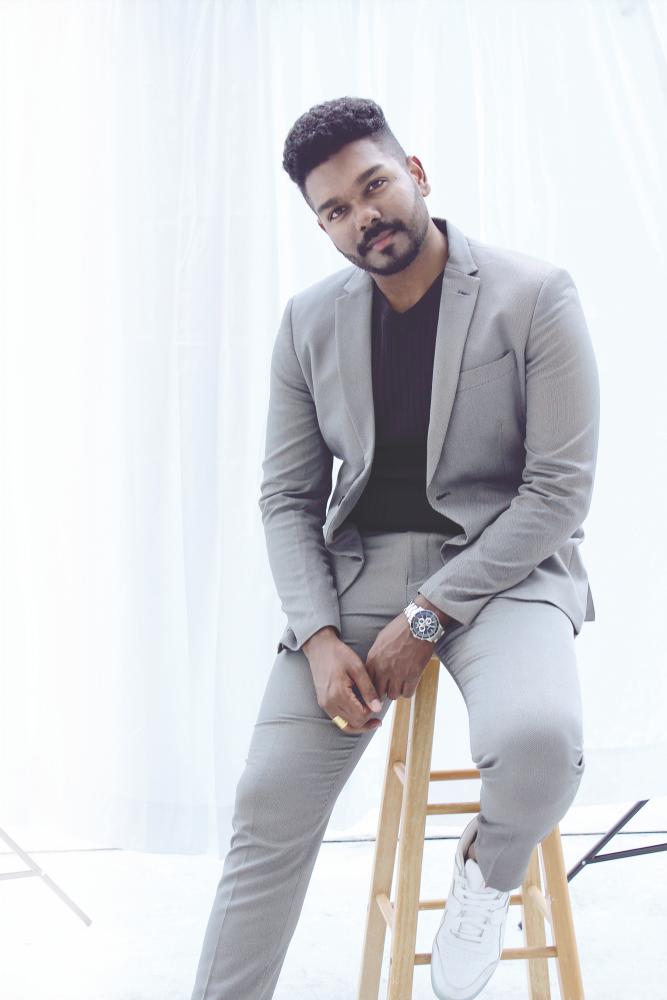 Dinesh hopes to be able to one day make his own films, as well as practise entertainment law. – Dope Production Studio

ACTOR and lawyer Dinesh Kunasekar, 27, may seem like he has his plate full these days, but he is balancing his two contrasting careers very well.

As an actor in TV advertisements and film, as well as a model, Dinesh is still holding on to a “regular job” for the time being.

“Being born in any Indian family, you have to establish yourself in topmost careers – you know, doctor, lawyer, engineer. My passion was filmmaking, but appa (father) said you can do whatever you want to do in life, just make sure you have something concrete to fall back on. That is how I ended up in klpac (Kuala Lumpur Performing Arts Centre).”

Dinesh attended one of klpac’s youth programmes after sitting for his STPM, where he was selected for training and even got to do some acting in shows.

“After my STPM results came out, I took my parents’ advice. They suggested I do law since I was pretty articulate,” said Dinesh, who studied at MMU.

“After I graduated I went on to do my masters in Strategy and Diplomacy in International Relations. After my masters, I was practising law full time.” He is currently an in-house counsel for a local manufacturing company.

Before he left for university, he did a short film and was also an extra in an ad for an e-hailing company.

“Right after I graduated (his bachelors) I told my parents I have done all you wanted me to do, and now I am going to do what I want.

“That’s how all my ads for McDonald’s happened.”

In fact, Dinesh was featured on several ads for the fast food company, which is rare for someone who is an ethnic Indian.

Since 2016, Dinesh has been regularly featured in ads, whether it be for fast food and online shopping companies, or even celebrations such as Chinese New Year, Merdeka and Malaysia Day.

“Along the way I also joined a competition called Book Models Asia. I ended up among the top five. When I took part in the competition, I lost some weight, and a lot of transformations happened.”

However his career path in showbiz was not always smooth sailing. “I have been told to my face that I looked like a ‘typical Indian man’, when I was going for casting at the age of 17 or 18. This is the age when many teenagers suffer internally. Their insecurity builds up.”

At a casting he was told: “You are very dark, We need a fair-skinned Indian for the role.” This was said to him after he had waited for four hours in a queue.

As his parents were not that supportive of his film aspirations at the time, Dinesh had taken public transportation to the venue. On the way home, he could barely hold back his tears.

“It hits you pretty hard but I regained my confidence during the four years I was doing law. I told myself that all this doesn’t matter, it is all about your talent. That is how I bounced back. I am happy to have reached where I am today.”

Despite his own work schedule, Dinesh makes it a point to volunteer at various organisations to help the poor.

“I am now actively involved in SeniKami for Orang Asli children. We teach them arts, crafts and also language. It is currently on hold due to Covid-19. During the MCO, I did a shout out to all my [Instagram] followers and my friends, and I managed to collect about RM10,000 and provide groceries to over 100 families (including old folks homes and orphanages) in the Klang Valley.”

Dinesh is well aware of how fortunate he is, as he still has a stable job. However, he still harbours dreams of acting and making films, and even starred in local Tamil film Satte last year.

He is also still modelling, and has done several photoshoots, one for a local fashion brand and the other for bridal wear.

“I am going to do a short film, and got confirmation for an ad. I am looking forward to getting on the runway. It is all lining up now.

“I would like to get into filmmaking full-time in the future and also do social service. I also want to use drama, theatre and acting to help children or teenagers escape their problems and get involved in something that is fun.”

He is also thinking of branching out into entertainment law, as it is an untapped field in Southeast Asia.

“For someone with experience on both sides, I think it will be an advantage for me in the future.”

Mentality again an issue for Dortmund after Ajax demolition

I was sad after reading Bruce’s statement: Arteta

2.Mentality again an issue for Dortmund after Ajax demolition

5.I was sad after reading Bruce’s statement: Arteta