Love notes in the air 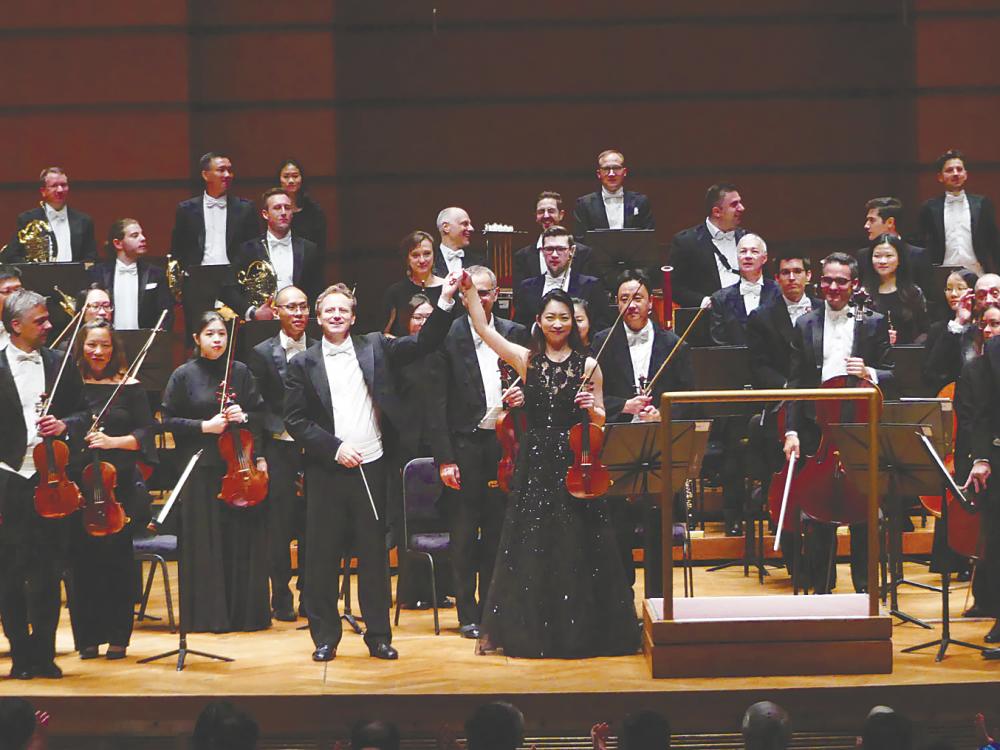 Presented in collaboration with the Embassy of Japan and the Malaysian Philharmonic Orchestra (MPO) led by Australian-Russian conductor Alexander Briger, the concert saw Prime Minister Tun Dr Mahathir Mohamad and his wife, Tun Dr Siti Hasmah Ali, who is also the patron of MPO, among the 800 guests in attendance.

Just the anticipation of spending an evening listening to the lush live sounds of the orchestra is enough to inspire a smile on any concert-goer’s face.

But the effect was heightened right before the actual concert began, when the orchestra filed on stage and a medley of string instruments sounded several warm-up notes.

As the lights dimmed, the night began with Mozart’s Overture to Cosi fan tutte (1790).

In the orchestra pit, the conductor appeared like an animated wizard waving his baton, unleashing sweet music-magic to the ears.

From the deep, mellow-sounding strings of the viola to the rich, bouncy breaths of the bassoon, each musician in the instrumental ensemble melded in harmony into one seamless and audible wave.

After the Mozart aperitif, the first movement of Franz Joseph Haydn’s Symphony No.104 in D – ‘London’ (1795) grandly announced the start of the Austrian composer’s famous last symphony.

The two classical works – the Mozart overture and Haydn symphony – date back to the early 1790s, having been composed in relative proximity, and represent each composer at a time of high artistic inspiration.

As I noted during the show, the seats were filled by a significant number of older adults and foreign visitors, many of whom were conversing among themselves in Japanese.

But when Suwanai, dressed in a glittery black frock, walked into the hall to perform Johannes Brahms’ 1878 composition Violin Concerto in D major, Op 77, it was clear demographic barriers were brought down, leaving only an audience in awe, their eyes gleaming with a certain joyous quality that music tends to elicit.

The chamber musician’s expression instinctively switches to technical mode when her Stradivarius ‘Dolphin’ violin from 1714 is pressed under her chin.

Previously the possession of Jewish-American violinist Jascha Heifetz, the violin is currently on loan to Suwanai from the Nippon Music Foundation.

She ended the night on a high note, with an eight-minute rendition of Pablo de Sarasate.

After the finale, multiple ovations were given to both Suwanai and conductor Briger, a clear sign that the night’s performance was a resounding success. Dr M: Sabah lawmaker also deserves to be a PM Zuraida: ‘My 15 years service in Ampang will speak for itself’ Zahid: BN open to collaborate with any coalition, not just PH Dr M: Sabah lawmaker also deserves to be a PM

Zuraida: ‘My 15 years service in Ampang will speak for itself’

Zahid: BN open to collaborate with any coalition, not just PH

2.Dr M: Sabah lawmaker also deserves to be a PM

4.Zuraida: ‘My 15 years service in Ampang will speak for itself’