Meet the wizards of Warna Walk 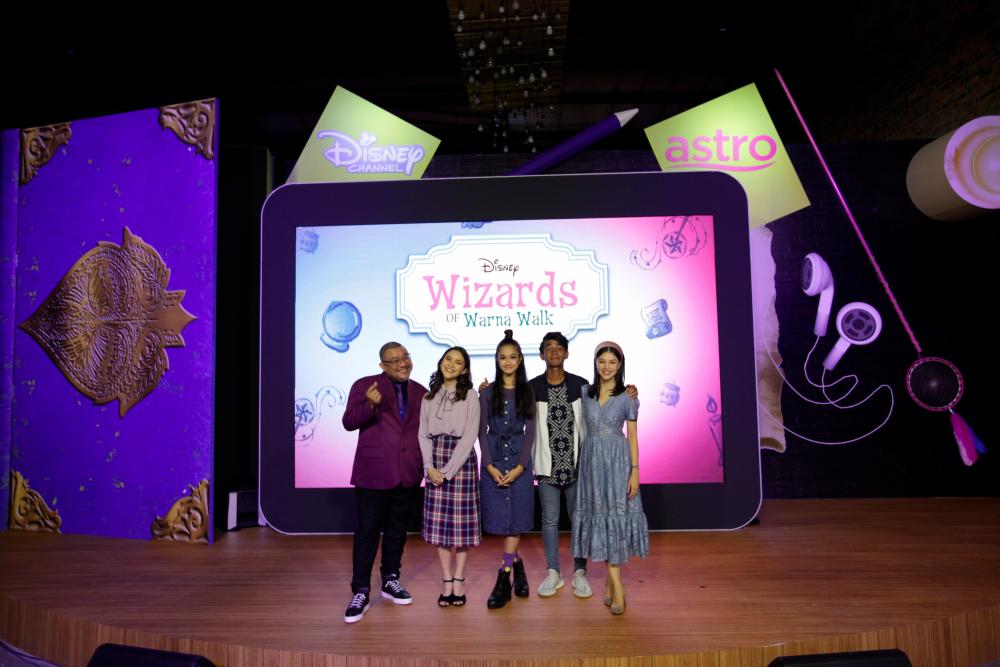 The all-local cast of the Wizards of Warna Walk ... (from far left) Afdlin, Mia, Emma, Idan, and Soo.

As the siblings balance their lives as regular children in school and trainee wizards at home, they inevitably find themselves in a variety of hilarious, fun, and heart-warming situations.

Leading the cast is 13-year-old newcomer Emma Sofea who plays Amelia. This is Emma’s first television role and she was selected after an extensive search across the country.

Playing her siblings are Mia Sara, 19, as Alissa, and Idan Aeden, 15, as Aiden. The parents are comedian, producer and actor Afdlin Shauki as Norman, and actress-model Carmen Soo as Jasmin.

The music video of the song as well as the series can be viewed across Disney Channel’s social media platforms.