More than just the music

Wan Lukman of HereComesJuly talks about them wanting to be recognised as more than just a band, and understood better through their music 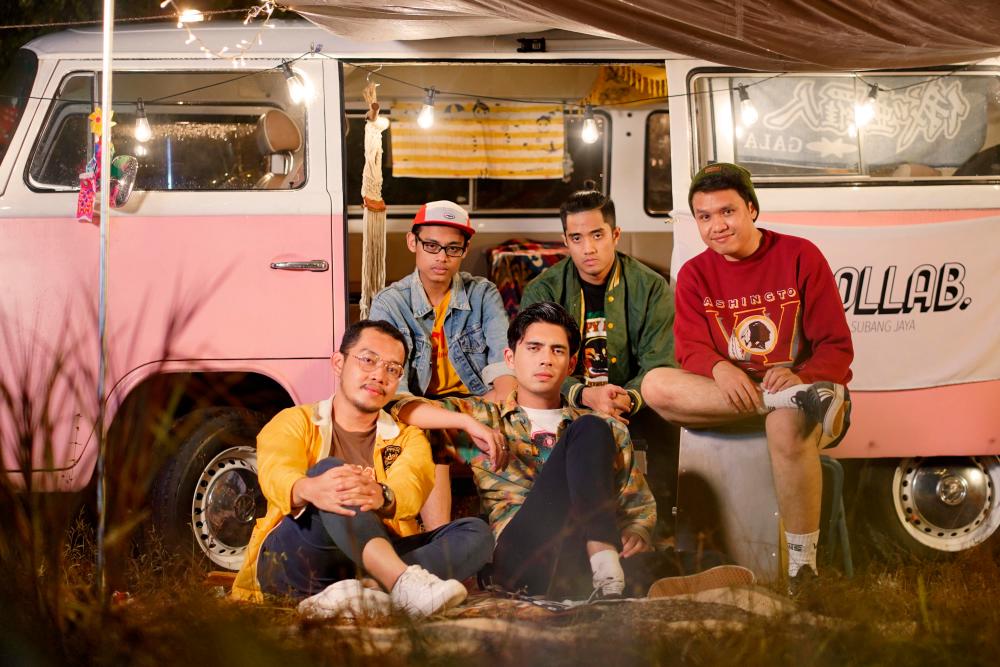 WITH brotherhood serving as their main foundation, local indie band HereComesJuly (also known as HCJ) strives to capture a larger market through meanings and emotions behind its music.

Established in 2013, the five members of the band first found solace in playing music for the joy of it, while also having dreams and plans up their sleeves.

Fortunate to be sharing the same passion, the young men of HCJ took the next step and began sharing their music to the masses through gigs before getting signed by a huge record label, Sony Music Malaysia.

Vocalist Wan Lukman explained that being a part of the record label was a springboard for them as they were able to work with talented musicians and producers in the industry.

“We were able to improve ourselves and our music through this opportunity and experience,” he said in an interview with theSun.

How do you define your musical identity?

“As a band, although each and every one of us has our own preferred musical genre, the variety in the music often seems to fit us cohesively. So, we are able to get a bit of rock, jazz and new soul in our band.”

How do you wish or want the public to acknowledge your band even more?

“We would like the public to understand the meaning behind each and every one of our songs, from the lyrics to the emotions that we portray through it. For example, our hit single Juwita is not a love song, but it actually has a whole different meaning to it. Hence, we would appreciate it if the public could really acknowledge and study the real significance of our songs.”

“We personally would love to celebrate our music and collab with artistes from different music genres in the industry both local and worldwide such as Noh Salleh, Airliftz, Yonnyboii, Coldplay and Justin Bieber as well.”

Who do you look up to in this industry?

“Our surroundings are usually our main inspiration. Juwita was written at the beginning of the pandemic back in 2020, and it was dedicated to our frontliners. Melody-wise, we see Indonesian bands as our muse, and we try to implement their tunes into our songs.”

What are your plans to grow further in the music industry?

“Although we are fairly new to the industry, we would love HCJ to also be recognised as a strong brand, not just in music but [beyond] than that as well. There are a lot of things that we can do and explore as a brand on our own, such as community service.

“We are also exploring different sounds and genres so that we are able to feature our own identity as we plan to release new music and EPs for our fans.”

For this year’s Hari Merdeka, HCJ released a music video for the track Suara Malaysia, composed by Mas Dewangga, Jova Devito dan Aden King, which depicts its members’ love for our country, which you can watch below: