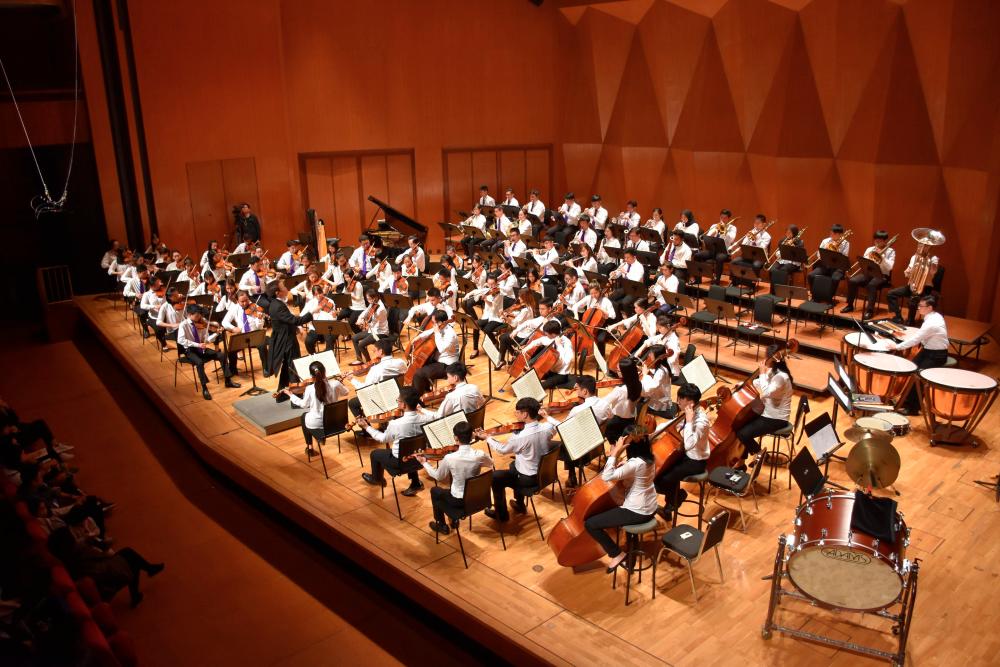 THE MALAYSIAN Philharmonic Youth Orchestra (MPYO) has recently spread its wings to Hong Kong and delighted audiences in a series of concerts on December 2018.

Its performances are in conjunction with the first Asia Pacific Youth Symphony Orchestra Festival.

A of its kind in the region, this Festival has managed to assemble the best orchestras from Macao, Shenzhen, Hunan, Guiyang, Singapore as well as Hong Kong, igniting passion among the youths, bringing out their best in music and bridging the gap between cultures.

MPYO, which was established in 2006, was given the privilege to open the Festival in a joint-performance with Hong Kong Children’s Symphony Orchestra (HKCSO) on Dec 25, 2018 at 2.45 pm at the concert hall of the Hong Kong Cultural Centre.

Both orchestras performed side-by-side in a programme that consisted of masterpieces composed by Wagner, Sarasate, Dvorak and Tchaikovsky. HKCSO’s Jeff Leung and MPYO’s Naohisa Furusawa respectively led the orchestras to showcase their musical brilliance.

They previously performed together in 2017 at Kuala Lumpur’s Dewan Filharmonik Petronas.

On Dec 26, 2018, the MPYO performed at the Tsuen Wan Town Hall under the baton of Naohisa Furusawa. They presented Humperdinck’s Hansel and Gretel Overture before presenting Dvorak’s Violin Concerto in A minor which featured the amazing talent of violinist Low Zi Yang.

De Falla’s Three-Cornered Hat Suite No.2 and Tchaikovsky’s Symphony No.5 subsequently came later before the MPYO obliged the audience with encores, a Malaysian patriotic song Tanah Pusaka and Anderson’s A Christmas Festival.

The finale night of the Festival was in Dec 27, 2018 and MPYO joined other youth orchestras in a music extravaganza at the Hong Kong Cultural Centre.

They performed the Title Theme of Star Wars composed by John Williams, much to the delight of the audience.

A selection of the MPYO musicians then joined other musicians to present Tchaikovsky’s 1812 Overture, bringing the Festival to a rapturous ending. The finale was held at the concert hall of Hong Kong Cultural Centre

The concerts were attended by the Consulate-General of Malaysia, Grace Rebekah Teh, Director of Malaysian Tourism Promotion Board, Tan Mei Leng, and Chief Executive Officer of Malaysian Philharmonic Orchestra, Sareen Risham.

The tour to Hong Kong is yet another milestone for the MPYO as it contributes to the orchestra’s artistic development and provides international exposure for the MPYO by performing ‘live’ to different audiences.

Prior to this, the MPYO has performed all around Malaysia including Sabah and Sarawak, Singapore and Brisbane, Australia.

Number of flood evacuees in Johor unchanged this morning

1.Number of flood evacuees in Johor unchanged this morning