Taking that leap to be an actress 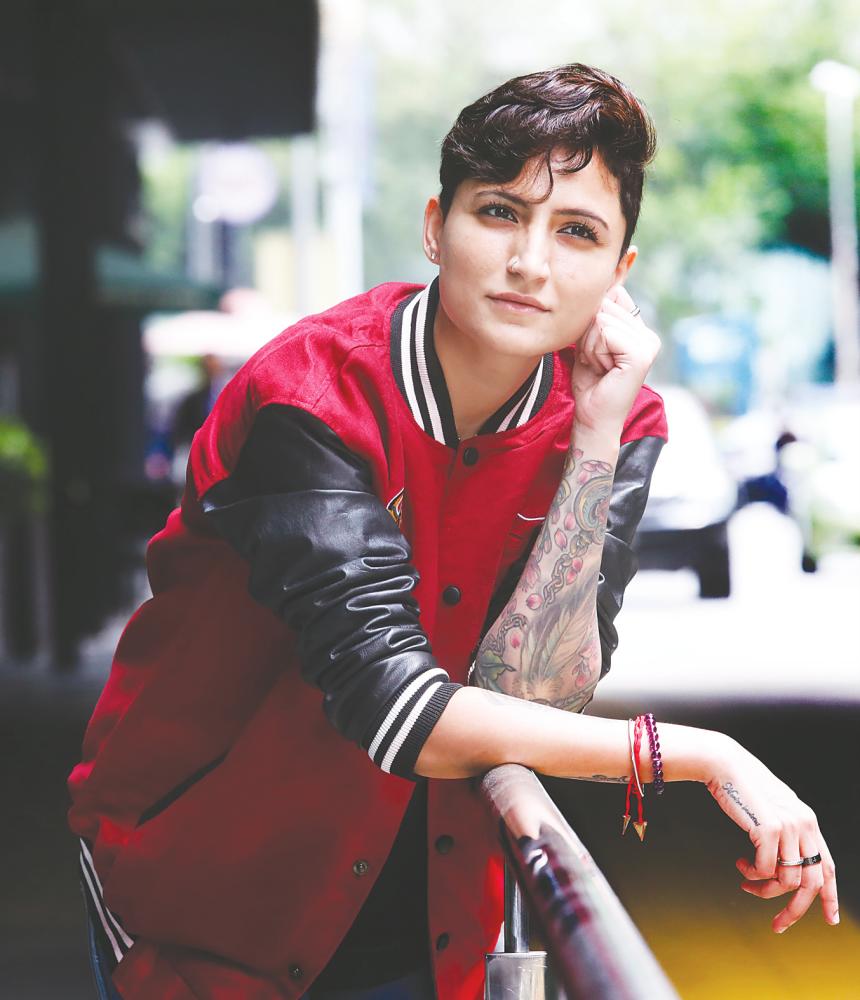 Jasmine has a role she could finally show off her acting chops, starring opposite Vikram in Kadaram Kondan. – MASTRY CHE ANI/THESUN

IF THERE is one thing that I would take away from my interview with Jasmine ‘Kaar’ Leddar recently, it is that sometimes you just have to take a chance in order to find what truly makes you happy.

Jasmine, whose stage surname Kaar is a combination of her two last names, is a Sarawak-born model, dancer and actress.

She certainly does not look like your typical Punjabi girl-next-door – check out her lovely short-cropped hair and those tattoos on her arms! – but inside her chest beats the heart of a lioness.

She said: “For some reason, even as a kid, I never really cared what people thought of me. I always did what I [wanted]. As long as I did not hurt anyone, as long as I did right by the community, I was okay with it.”

While no one else in her family was in showbusiness, Jasmine did grow up performing bhangra, Bollywood and K-pop dances with her cousins.

She moved to Australia to study finance and marketing, while pursuing modelling part-time. After graduating, she worked in the country for a few years, before returning to Malaysia in 2008.

She continued working in the financial industry, and eventually moved into marketing, but became increasingly unhappy with her career choices.

“I called my mother and I told her I was miserable. She told me to take some time off to think about it.”

Recalling that as a child she wanted to act, she told her parents about her new dream. They, in turn, got worried over her making such a drastic change.

So she promised her mother that if she got nowhere, she would quit the whole idea entirely.

She managed to land several acting gigs, first in a local band’s music video, as well as visible roles as an extra in the 2017 Indian film Tarak which was partly shot in Kuala Lumpur, and in last year’s Hollywood hit Crazy Rich Asians.

Jasmine can next be seen in Kadaram Kondan, an action-thriller shot both in Malaysia and India, and which opens in cinemas today.

This was the role that she could finally sink her teeth into as an actress.

The film features famed Indian actor Vikram in the lead role as KK, a wanted man who is saved by Vasu, a medical practitioner who recently moved to Malaysia with his pregnant wife.

Vasu later finds himself having to go on the run with KK when the police and other criminals who are after KK come looking for him.

In the film, Jasmine plays a character named Annie, who is featured on the film’s poster. She was unable to disclose more about her character, but said it is “a substantial role”.

As to how she landed the role, Jasmine revealed that early this year, she was invited by a friend to meet the director in Kuala Lumpur.

She said: “All I was told was that they needed someone to look like a gangster, and because I have all these tattoos I should give it a try.

“When Rajesh saw me, I was bald. I had shaved my hair because it was spoilt (due to bleaching it blonde for roles).

“During the casting, he did not tell me to do much. He asked if I could fight, I said yes. He asked me if I could speak Tamil, I said no but I can learn it real quick. He then took my picture and left. I though it was the weirdest audition.

“Within two weeks, he confirmed me for a role and ... asked me if I was willing to shave my head again.”

Eventually, she flew to Chennai in the Indian state of Tamil Nadu and spent one-and-a-half months shooting her scenes.

Recalling her experience in Chennai, she said: “[Rajesh] is willing to teach you so long as he can get that role and character from you. I thought it was really amazing.”

Jasmine will be joining the rest of the stars of Kadaram Kondan in Chennai tonight for the red carpet premiere of the film.