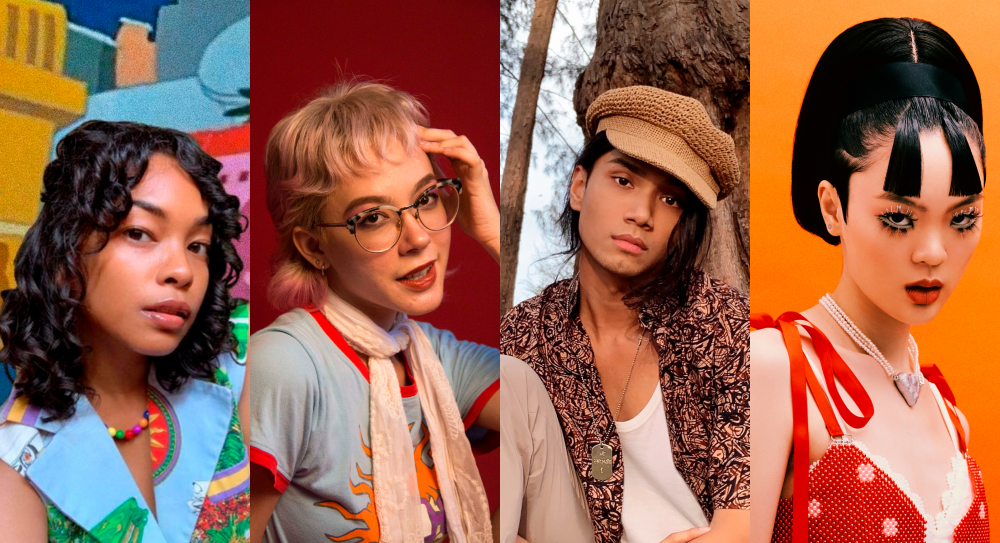 THE local fashion scene never lacks vim and vigour. Four Malaysian creative talents have charged it up with brands that go against the grain, and carved out an identity each of its own.

One can find the freelance creative producer being involved in all things creative, in front of or behind the camera.

Her fashion style binds the magical realism and fantasy of Disney and other cartoon-inspired aesthetics.

Where do you draw the connection between these whimsical elements and your identity?

Well, I am often engrossed with my favourite shows and books, while imagining how I would be like as a character.

Having that imagination allows me to play around with my creativity. What can I say? I am a little kid at heart!

Is nostalgia and its ability to provide escapism something you consciously seek out when exploring fashion?

I don’t think I consciously seek those things out.

However, I do gravitate more towards what is nostalgic to me (fashion-wise). I believe it also has to do with how I grew up with fashion, lots of hand-me-downs and regular visits to thrift stores with my mom. Playing around with these older styles and learning how to re-wear and re-style clothing instead of constantly buying into new trends has always been something familiar to me.

The 19-year-old photographer and content creator captures the fluidity of identities that shapeshift in the discourse of youth culture – all in her photography studio called Polydextrous Studios.

Is it important for you to see a little bit of yourself in the people you photograph?

With my conceptual photography, I tend to experiment more with my style and love seeing how I can portray my aesthetics in the people I shoot.

It’s different when working with brands, of course. I need to represent what a brand stands for through my images, but I’m working on having a recognisable style through editing and framing which in the future, I hope to be approached for.

Identity issues have never been more prominent in fashion. How do you position your work in respect to these conversations?

As mainly a portrait photographer, I photograph complex personalities with a whole lifetime of personal issues and problems. However, I don’t target or advocate specific issues through my work.

I think my work and the reactions it gets are a reflection of our culture.

A businessman by profession and a fashion chameleon by nature, Nazreem describes his style as structured, avant-garde and fluid. These days, he finds it ever-evolving, as assigning a label has become increasingly restrictive for him.

“Gender fluidity is not new to the world, and fashion is a form of art where boundaries are vague and meant to be pushed,” he says.

Could you share with us a little about your gender fluid identity?

In this day and age, what a person considers to be significantly masculine or feminine may be different from what another person believes.

To me, a dynamic mix of both genders is what makes me unique, and the character I become depends strongly on what I wear.

The industry often perpetuates certain ‘standard’ or ‘type’ that may come off as transgressive, do you think typecasting would work against you or in your favour?

The conservative social environment has proved to be challenging. But I’ve always believed that in the end, whatever that allows me to be myself freely will eventually work in my favour.

Over time, I’ve learned that I am empowering those who are still in their shells, afraid to dress as they like because of the stigma and distorted perception of beauty.

Somehow, that has been a blessing to me as well, as it empowers me to be myself and challenge the traditional perception of what is actually transgressive.

Social media has long been seen as an extension of ourselves. It is no exception for freelance model and creative director Roanne Woo. Since becoming a model purely by accident in 2017, Roanne has fronted many fashion and beauty campaigns while she seeks comfort and confidence in exploring fashion.

How has creative exposure enhanced your identity?

There is a sense of power in exploring and discovering who I am and what I can create when I get involved in the creative scene. The people that I have met have also shaped my identity and influenced me into becoming a better person.

Although I’m still discovering myself in fashion, I’ve learned that clothes don’t define your true character. Rather, it is an expression of yourself.

What is it about modelling that you love?

Similar to other creative endeavours, modelling is another state of mind that takes me away to an imaginary world. Working with the right people creates an energy that elevates my confidence. I can find comfort in it. However, modelling is not all glamorous. It has its issues such as dealing with questionable photographers, rampant exploitation and so much more. You have to love what you do, so you can love the job.