Finding the beauty in life 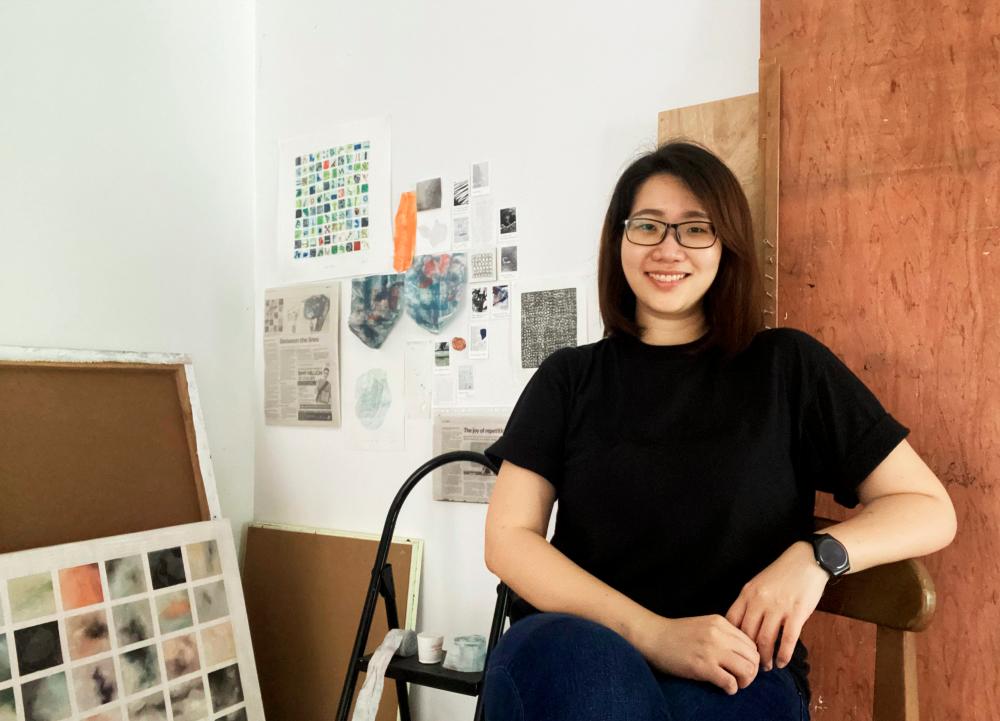 AGNES Lau Pik Yoke appreciates the simple things. Objects or activities which we come across in our daily life may go unnoticed, but for 29-year-old Lau, it is the highlight of her artworks.

While most people are busy with a fast-paced lifestyle, catching up with the latest digital gadgets and technological obsessions, Lau uses her keen observation skills to pay attention to the ‘small’ things or details which matter to her.

A multi-disciplinary artist who works with various mediums and materials, Lau gives new meaning or context to these ignored ordinary objects and activities, transforming it into unique and yet extraordinary artworks.

Through various art-making processes, she not only explores but also discovers.

“My artwork involves the discovery and exploration of details of our everyday life with ‘essence of living’ as the basis of my art practice,” explained Lau, a diploma holder in both Fine Art and Graphic Design from Dasein Academy of Art.

“Objects or activities from daily life that are very ordinary and which we may even ignore or are unaware of are the inspirations for my artwork through which I try to stimulate a form of reflection through various forms of the art-making process – drawing, painting or printmaking on different materials like paper, canvas, clay or other (common) objects,” said Lau, who is also a graphic designer.

In her I found them in everyday life artwork series, Lau stimulated a form of reflection on “the way people interact or gestures with the common objects by abstracting them and giving them a new context.”

Lau, who grew up in the bustling city of Kuala Lumpur, enjoys her private moments with nature.

“I can clear my mind and dwell in meditative thoughts as I take a leisurely walk in nature, which helps in silencing the chaotic state of mind,” said Lau.

Nature inspires Lau. An example is the Trace of Life series, which focused on imperfection.

“I found the forms of the bitten holes made by worms on leaves to be interesting, even though it is a deformation.

“Being attentive to imperfections in the leaves can be associated with the concept of ‘wabi-sabi’, a practice of finding the beauty within imperfection, and accepting the natural cycle of growth, decay and death, and learning that we all return to the dust from which we came.

“The series of works was created based on the context of seeking a balance in life in this impermanent and imperfect world.

“The individual shapes of [artwork] can be traced from the forms of the bitten holes on the leaves, and each shape tracks down life, and together they form a life path.”

Art is more than just ‘art’ for Lau. Art has a calming effect on her mind. It is a meditative process of focusing on one subject and repeating it with undivided attention.

“My art involves a lot of repetitive action. I would say these repetitive movements are as if I’m meditating, as it helps in silencing the chaotic state of mind,” she revealed.

“When both our conscious and unconscious minds start to stay focused on one thing, that is the most calming state of the mind,” added Lau, who has won several awards and participated in various exhibitions.

She drew a circle, repeatedly, for an artwork titled 100,000 Circles, which is one of the most challenging she has produced so far.

“One day, I just decided to draw 100,000 circles on a board just to see if it was achievable. It’s a personal mission to tackle an extreme system or rule. I was glad that I completed it, but it took me three months, sitting and drawing nothing but the same-sized circles,” she said.

“During the process, I had tried a few times to give up doing it as I felt that the process was useless. However, as soon as I completed the 100,000th circle, I had a sudden epiphany on the value and the existence of time. A passage of time is now visualised on the work.”