At 26, his rise in the advertising industry is meteoric. Jaz Lee is a pin-up guy for achievers looking to fulfil their dreams 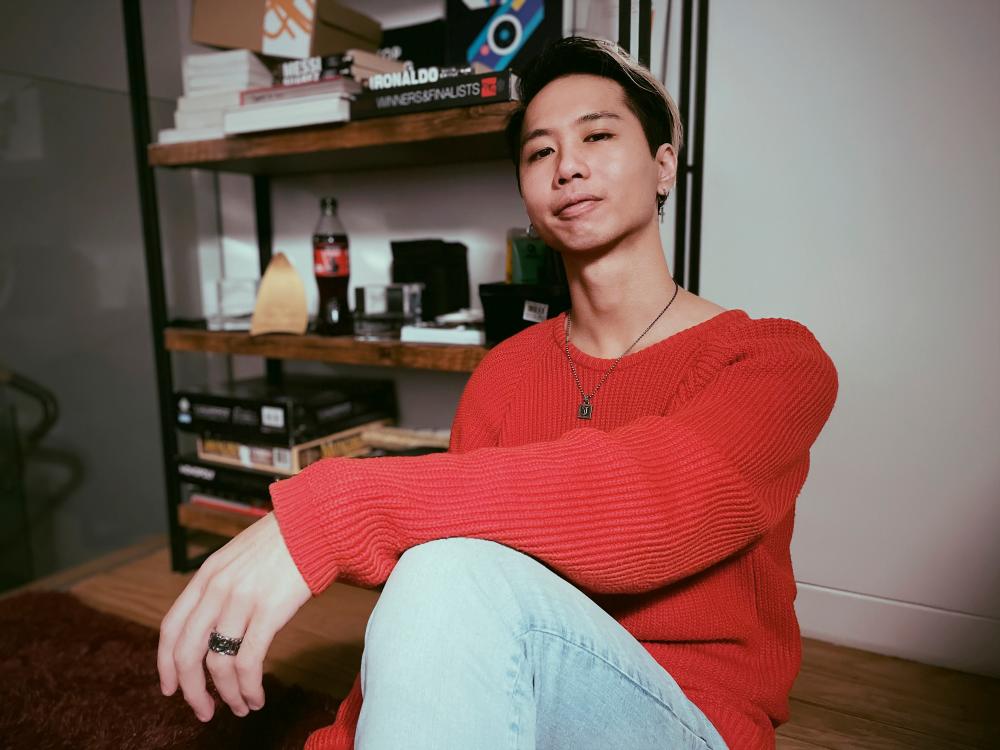 Lee has been making waves in the advertising industry ever since bursting onto the scene as a greenhorn 18-year-old. – Photo courtesy of Jaz Lee

STORIES of unconventional success have always warmed the heart. They often give us the courage to take risks and pursue our dreams.

One of the most inspirational success stories is Jaz Lee.

In less than a decade, he went from zilch knowledge about the advertising industry to creative director at Ogilvy.

His achievements recently earned him a spot on this year’s Forbes 30 Under 30 Asia list, one of seven Malaysians inducted there.

Lee described himself as being “surprised” to be named to the list, but no doubt those around him feel that
it is a recognition well-earned.

In an email interview with theSun, Lee shared his thoughts about his short, but eventful career thus far.

As a teen, he studied in Melbourne, before having to drop out of high school and return to Malaysia due to family issues.

“[It] still stings because I never got to attend prom, graduation or college and university,“ he said. “So as a dropout, broke and lost with a single mum to take care of, that’s when I realised I needed to get my life together.”

At 18, he joined Leo Burnett, becoming its youngest junior copywriter at the time. “In all honesty, there wasn’t anything in particular that drew me into the advertising industry because I didn’t know anything about it,“ he said. “It was only [after] I joined that I realised just how involved advertising was in shaping our everyday lives.

“That very power of creativity to change the world for the better became the driving force that kept me going in the industry.”

His early days were difficult. He explained: “Having zero creative background and no degree from any art or advertising school is never easy. I was working alongside some of the most talented creatives in the industry. Even interns that came in at 22 or 23 had more experience than I did.

“But while I didn’t have the skills or the talent to compete with the rest, the one thing I knew I could do was work harder than them. So, I really immersed myself in the world of advertising by studying the body of work that’s been done and learning the craft.”

He credits his then-boss, former creative director James Yap for inspiring him and pushing him to succeed. “He knew I didn’t just want to be better, I wanted to be the best.”

Lee also had to contend with prejudice because of his youth, but eventually earned the position of creative group head.

“I was only 22 or 23 and I had to lead teams of creatives already, so my biggest struggle was getting the respect of my team members.

“[To] actually make the Forbes list, personally, just felt like the perfect response – to the non-believers, the ageists, the rejectors and the ones who said I’d never amount to much. But more importantly for me, it felt like the perfect gift for my mum who has silently sacrificed everything to help me get here. We’ve gone through an incredibly tough last 10 years. This is her win as much as mine.”

Asked where he sees himself in the future, Lee said: “I’ve never been one to privately or publicly shy away from the fact that I want to be the best at whatever I do. It’s just my competitive nature and what drives me.

“So, in the next five years, I want to double what I’ve achieved in the last five. I want to be the youngest Executive Creative Director, the youngest Chief Creative Officer and make Malaysia a global creative powerhouse. I even want to get into fashion design at some point.”

He has some words of advice to other young people hoping to pursue their dreams. “The standard of the work you create begins with the standards you set for yourself, not by anyone else. Everyone’s comfortable with good work because they’re uncomfortable with going the extra mile for great work. That difference is on you to chase, no matter how many late nights, rejections and roadblocks.

“So, don’t ever ask for permission to be great and don’t apologise for pursuing greatness. You don’t need the world to believe in the impossible, you just need to believe it is possible.”