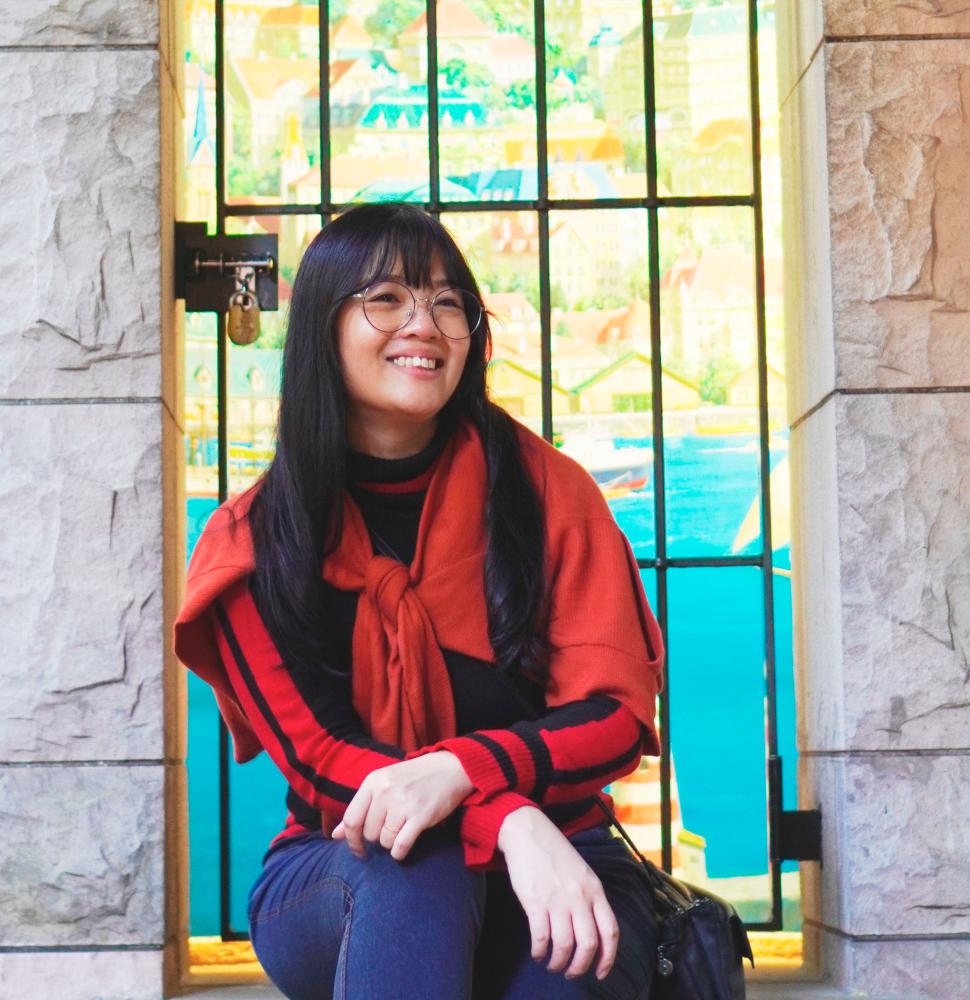 GROWING up, Japanese anime had a big influence on Mabel Low. She adored the art behind each anime, inspiring her to create her own anime illustrations.

Years later, she returned to her love of anime, unexpectedly. It was a pair of cute cupcake enamel earrings that took her down the road of making a life-changing career move.

Low, who founded a blog shop selling handmade jewellery in 2009, used to stock up on various jewellery that she curated, and even collected metal charms.

“One day, I laid my eyes on some 3D enamel charms on eBay that resembled one sold by a high-end brand, Fossil, which was too expensive for me to buy back then. I figured that maybe I could make my own 3D charms,” said Low, now 28.

“I found a tutorial on how to sculpt cupcake charms out of polymer clay. Even though I didn’t dive right into the creating process, the idea that you could sculpt your own charms stuck with me.”

Four years later, Low found herself making clay sculptures and delving deeper into the world of charms, figurines and of course, Japanese anime.

Low made her first set of clay cupcake charms after finding some dry clay in a stationery shop next to her college, but they turned out to be a huge flop.

“It was hilarious because my friends could not even recognise what it was. The charms I made turned out looking like coloured turds, instead.

“It was really bad but I tried again using different methods and techniques to achieve the desired look.

“A few attempts later, my friends said the result looked like what it was supposed to be. I was happy because this time people could tell that they were cupcakes even without me saying what it was,” quipped Low.

“Their words of encouragement gave me a boost of confidence to try sculpting different subjects, like dinosaurs and teddy bears.”

She shared her piece on her Instagram page @mabelstory and other social media platforms to document the progress of her clay journey, and commissions for her art came pouring in.

“This is when I dropped my jewellery blogshop to focus on working on crafting the new demands. Every time I made something new, I posted the photograph online for my own keepsake but each time I did that, it would attract more interest from people I didn’t even know,” she said.

At that time, Low was juggling between pursuing an accounting course and her side business of sculpting.

Income from her clay craft helped to sustain her education fees. However, it came to a point where she had to make a decision to either drop her side business, or focus on her exams.

“I chose to tend to the growing number of orders as I knew, even if I completed my course, I would still opt to take the self-employment route in this creative industry,” she explained.

Low, who started to venture into making out-of-the-box accessories and figurines in 2012, began to hone her skills in clay sculpting.

“The charms that I make the most are usually chibis, which are Japanese anime-inspired humanoid figurines (which depict an oversized head on a small body). I make them in various costumes or in custom onesies.”

“I grew up reading comics like Master Q, Beano and Archie as a child, so that got me interested in the style of quirky cartoons and illustrations.”

In high school, Low was influenced by Japanese art after she discovered anime shows like Cardcaptor Sakura, Pokemon and Digimon, which became her favourites, back then.

“Eventually, I began to collect mangas from Gempak Starz and even started doodling anime-styled drawings as my interest in Japanese anime grew,” she said.

“I love cute and chubby things, hence, I incorporated the ‘big head small body’ proportions of anime art into my own works,” said Low.

“Besides humanoid figurines, I often craft animal sculptures based on actual pictures of my clients’ pets, but I transformed them into a cartoon style,” said Low.

Two years ago, she began a new line of products.

“Instead of creating figurines from other people’s stories, I have embarked on a journey to create my very own mini-stories in the form of a Subscription Box.

“I would come up with my own characters from scratch, and depict a scene of their daily lives out of various materials like air dry or polymer clay, resin, or even wool felting, just to name a few.

“Apart from the figurines, I would tell their stories in illustrations. Anyone purchasing these boxes will get original prints and stickers, and sometimes even mini zines designed and drawn by me,” said Low, who hopes to diversify her creations by introducing new merchandise like plushies, enamel pins and acrylic keychains in the future.

“It has been a really fun journey producing new things that aren’t made of clay but yet still staying true to my brand of storytelling,” said Low, who aspires to publish her own children’s book, someday.