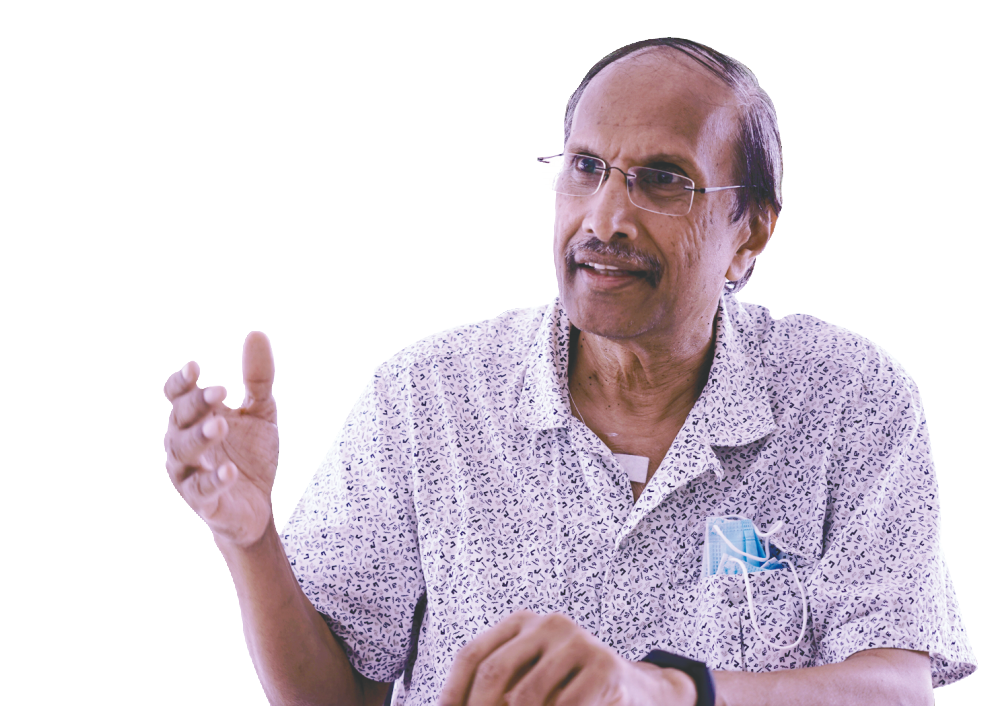 Nayagam gave up his corporate job to pursue his passion. – AMIRUL SYAFIQ/THESUN

HE is best known as a children’s rights advocate, a path that he chose about four decades ago. He has travelled the world observing, learning and championing the cause.

Recently, Dr James Nayagam, chairman of Suriana Welfare Society, sat down with theSun to share his story while recovering from heart bypass surgery.

“I’ve been doing this for 40 years,” said Nayagam.

“I am actually from the corporate sector. It all began when I started helping poor children from squatter settlements, giving them tuition.

“From there, I felt a shift for my passion towards children. I shared this with my family and my mum. I told them that I wanted to do this, helping children full-time. I just could not concentrate on my corporate work.

“And so I went into it, not knowing the greater heights that it would take me to. At the time, it was a choice between security and passion. My corporate job was putting food on the table, but my passion was helping children”.

From there, he began to learn about children’s rights.

“Basically, I am a technical guy. Because of children’s rights, I began to study law. From there, I discovered family law, criminal law, criminal justice, and I began to speak up from a legal point of view. Then, I did my masters in child development.”

As he dove deeper into the subject of child development, Nayagam and his wife realised that misconceptions on how children develop is rampant and is innate in the system.

He found that most people got it wrong about children even at the most fundamental level of learning.

While children naturally learn through play, we make children study books to pass exams, ignoring the fact that computers and games are a better platform for them to learn.

“So, I went further. I did my PhD in education. I equipped myself with the knowledge of the law, children’s rights, children’s development and education. I came fully prepared where children’s issues were concerned,” Nayagam added.

In the course of his work to advocate for children’s rights, he travelled globally and even met Queen Elizabeth II.

“It has been a journey that began with that one decision, and from there, the sky became the limit. My career expanded, and my travels too.”

He also admits that it was a difficult journey. He started with almost nothing, and his bedroom became his office.

“My mum would knock on the door at 10am to give me a cup of coffee. From there, I began to build. I started several organisations. Then, the funds started coming in and the recognition started coming in.

“The highlight was the letter from the Yang di-Pertuan Agong, who appointed me to Suhakam twice (as a commissioner), and my appointment at EAIC (Enforcement Agency Integrity Commission). That was my last appointment.

Today, one of the child-related issues that Nayagam advocates is “restorative justice”.

“This is something that Singapore, Australia and New Zealand are all practising.

“Here is an example of restorative justice. A boy is caught stealing something. You as a victim get together with the boy, the boy’s family, and the authorities to find a mutual way to make things good and avoid prison.

“The solution could come in the form of compensation, or community service. Restore the boy and make him responsible for his crime, and find out why he did it. A simple boy is not born a criminal.

“In restorative justice, you divert justice. You restore the boy, get him back to school, give him counselling and settle it. Unless it is a very serious case, like murder or assault. But for other cases, the point is to save the boy from going to prison.

“The minute he goes to prison, he loses his freedom and it goes on his record. Don’t let anyone tell you otherwise, it goes into his record. In prison, you have bullying and you have to share everything.

“The boy who went in stealing only one thing, comes out ten times worse,” said Nayagam.