Accentuate your specific body type with these distinct style essences 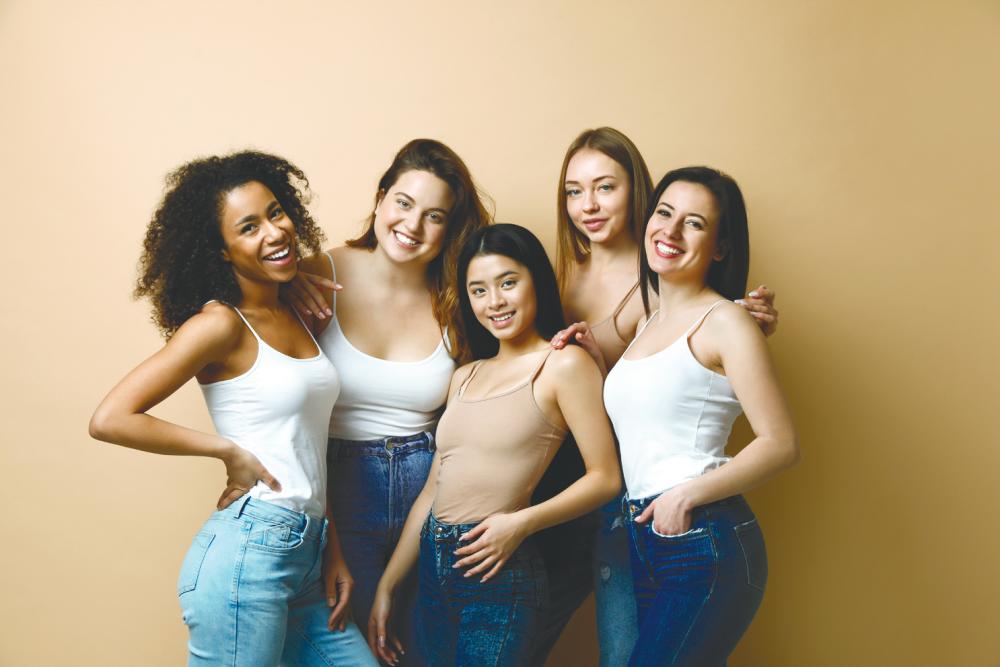 The Kibbe method is one way to determine your body style, based upon a combination of physical and personality traits. – 123RF

He created a new method o f analysis, which are the Romantic, Classic, Dramatic, Natural, Gamine, or combinations of each type by analysing women’s personality traits with their physical characteristics.

Kibbe uses the ancient Oriental Yin/Yang concept, which focuses on achieving balance and symmetry. The concept of Yin refers to softer and rounder edges and shapes of your body, while Yang refers to angular lines and elongated silhouettes.

As an early adopter of the body-positivity movement, the Kibbe body type focuses more on your natural body shape and embraces your unique attributes, as opposed to body modifications like plastic surgery or extreme physical changes due to exercising.

The dramatic body type is tall, vertical, and angular. It is mostly composed of sharp Yang features such as a long vertical line (having a tall look), narrow and sharp shoulders, elongated and narrow arms and legs, sinewy and lean body, elongated and tapered waistline, sharp and prominent jawline and nose, silky hair, high cheekbones, and thin lips.

Individuals with this style essence create an overall visual impression of intensity and theatricality. Dramatics and their clothing styles can be associated with the themes of boldness and extravagance.

For Dramatics, they should embrace their sharpness and therefore their clothing should also have a sharp and geometric feel to it. Dramatics are encouraged to wear elongated drapings that are sleek, with fabrics that are heavier with a defined shape.

A signature style of the dramatic essence is the ‘man’ suit. Someone who has the dramatic style essence looks powerful and elegant when wearing a suit. Examples include actresses Zoe Saldana and Tilda Swinton.

Dramatics can also add an asymmetrical element into their clothing and accessories, as well as wear bold and oversized shapes. Since Dramatics tend to be tall and narrow, they are not easily overwhelmed by these ferocious garments. Unusual or shiny textures also work well and bring life to a Dramatic’s outfit.

The Romantic body type is a petite body with sloped and rounded shoulders, soft and lush hourglass figure, a rounded face, apple cheeks, big round eyes, and thick and wavy hair. Marilyn Monroe is the poster child for the Romantic body type. Everything from her facial features, her flesh, and her skeletal structure is round and soft.

The Romantic exudes mature sensuality, so they should wear clothes that drape snugly around their bodies as it embraces and highlights their lush curves.

Waist emphasis is always a must, and fabrics should be soft and lightweight, in order to drape, wrap, and ruche. Soft pastels are the best palette to work with, along with tactile and luxurious fabrics such as silk and velvet to communicate luxury and indulgence.

Classics have the perfect balance between Yin and Yang in their body. Each part of the Classic’s body has an even balance of soft and sharp features, producing an even, refined look that feels balanced. The classic has a symmetrical and evenly proportioned body, and due to their balanced proportions, they give off a gracefully slender appearance.

Similarly, Classics should have symmetry in their silhouettes that are clean and simple, with minimal details such as tailored pleats or crisp gathers.

Classics and their clothing styles can be associated with formality, elegance, and timelessness. A signature style of the Classics is the skirt suit, as it is the perfect blend between Yin and Yang. For example, Kate Middleton can pull off a simple dress with minimal jewellery without looking dated and boring. Instead, she looks regal and sophisticated.

Opt for neutral colours or timeless patterns like houndstooth as they exude an understated elegance that doesn’t distract from the Classic’s features.

Kibbe characterises the Natural’s style lines as “girl-next-door chic”, so think relaxed silhouettes and natural materials like on Sandra Bullock and Jennifer Aniston.

To express the soft Yang essence, a loose hairstyle and slightly tousled look with a fresh-faced glow will look really good on a Natural.

Individuals with this style essence create an overall visual impression of activeness and a laid-back, easy-going nature. Naturals’ clothing styles can be associated with the themes of nature, the outdoors and activeness.

A signature style of the natural essence is activewear. A Natural would be able to pull activewear off and look put together.

Thanks to their sturdy body types, Naturals also look great with layers as they would also not be easily overwhelmed by great amounts of clothes in the way a petite body type would.

Since Naturals are connected to nature, natural colours and materials like earthy greens and browns, off-whites, and wool, straw and linen all look natural and cohesive on this type.

Besides that, denim also looks great on Naturals as nothing says casual more than a pair of jeans.

The Gamine body type is also an even mix of Yin and Yang, especially in the features of the face. This would look something like round full eyes (Yin), a sharp nose (Yang), and a strong jawbone (Yang), with rounded cheekbones (Yin). Each feature is contrasted, creating a unique Gamine look.

Their facial features are usually large, doll-like eyes, taut cheeks, and moderate-sized lips, as seen in French actress Audrey Tautou. Gamines often have a whimsical look with facial features that tend to remain childlike even in adulthood.

However, this childlike look is not really cute or innocent. It’s more of a boyishness that communicates youthful rebelliousness.

This is why Gamines create an overall visual impression of rebelliousness, boyishness, creativity, and playfulness.

Instead of making them look like a boy, they end up looking nothing short of cool and self-assured. Retro and vintage styles also work extremely well on the Gamine style essence.

However, Kibbe’s distinctive categories are by no means the final word on body types and the styles that fit them. Other style concepts have also cropped up throughout the years.

The Ingenue style essence is the decorative small-scale Yin essence. Individuals with this style create an overall visual impression of innocence and youthful femininity. Ingenues and their clothing styles can be associated with the themes of daintiness and childlike innocence.

Ingenue faces are round with a tiny, tapered chin, a small, pert nose, round, wide-set eyes, a large forehead, round cheeks, and plump lips. (Think Jayma Mays.)

Ingenues and Gamines are both youthful essences with a childlike appearance, but the difference is that Ingenues has a feminine, girly essence, whereas Gamine has a boyish one.

The ingenue style essence is a petite essence so they look best in compact, small-scale designs and shapes. Similarly, accessories should be dainty, and clothes look best with decorative and playful trimmings such as ruffles and bows to accentuate the gentle playfulness of this style.

Ethereals gives off an impression of otherworldliness and a connection to the cosmos. The opposite of Ingenues, Ethereals have an air of great maturity and wisdom. They also often have a distant look in their eyes, as if they were somewhere else entirely, again lending them that air of mystery.

Physically, Ethereals are defined by an elongated S or oval shape. Their faces tend to be long and gently sculpted like Frances Conroy or Jourdan Dunn.

A signature style of Ethereals are long and draped dresses. Ethereals look best in light-as-air fabrics, translucent fabrics with ornate details, and iridescent garments. Materials that float and flow well like fine satin and silk looks best on as it makes them look like they’re clothed in clouds and starlight.

Most people aren’t a pure type, but rather a blend of two or three. By trying out different styles to see what compliments your natural body, you can embrace your natural self with your personal style.

Even so, our types are not static and they change with us as we transform throughout our lives. They’re not made up of hard and fast rules and ultimately, we should have an image of ourselves that is empowering and rooted in acceptance.

By using the Yin and Yang system, we simply break down what is already there, and it’s about finding what works best with our bodies.