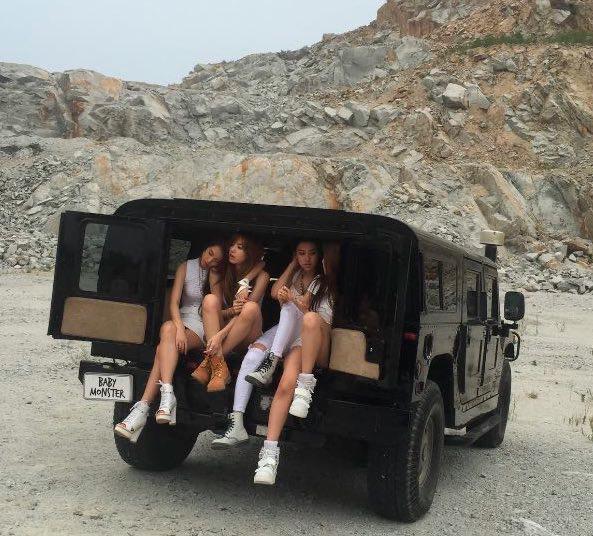 BLACKPINK was once nearly known as BABY MONSTER. – TWITTER/@JISOOSBTS

ON Aug 8, Korean girl group BLACKPINK celebrated the sixth anniversary of its debut as the second female group under YG Entertainment, following 2NE1.

On the eve of the anniversary, all four members sent a special greeting to their fans. However, one Instagram post gained extra attention from Blinks.

A former YG Entertainment creative director posted a collection that included never-before-seen BLACKPINK photos. While people admired how young they appeared in the pictures, one post in particular drew special attention.

The original photo, which was posted at the time, showed all four members seated in a vehicle. The registrationplate of the car in the photo read “BABY MONSTER.”

Jisoo recently stated that Baby Monster was a possible name for the group, and given that they used it on props back in 2015, it was more than just a suggestion. Fans took to Twitter to express their relief and gratitude because the girls debuted as BLACKPINK.

Meanwhile, BLACKPINK has revealed the dates for their historic Born Pink international tour between Oct 15, 2022 to June 21, 2023. Additional tour dates, as well as ticket on-sale information, will be announced at a later date.

The tour will follow the release of BLACKPINK’s second album, which is set for September. Pink Venom, the lead song from the follow-up to 2020’s The Album, will be released on Aug 19. 5.Juventus sees new year in the red after record loss